Doctor approves of ill inmate sitting up during execution

Alva Campbell, 69, will be put to death on November 15 while in a sitting position because he’s too sick to lie flat

An Ohio death row inmate has been approved by a doctor to partially sit up during his execution next month because his health is too frail to lie flat on his back.

Campbell is scheduled to die November 15 for fatally shooting teenager Charles Dials during a 1997 carjacking while fleeing from police.

The inmate has severe chronic obstructive pulmonary disorder as the result of a decades-long two-pack-a-day smoking habit that finally stopped nine years ago, the doctor said.

Allowing a condemned killer with health problems to partially sit up during his execution next month would be a ‘reasonable’ accommodation, according to Dr. James McWeeney, a contractor for the Department of Rehabilitation and Correction. 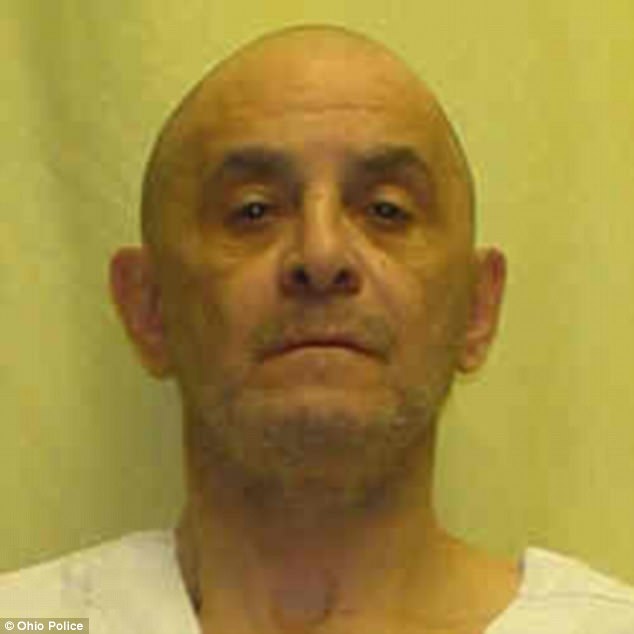 Typically lethal injections are carried out while inmates lie flat on their backs, but Campbell will be in a reclining position

Campbell’s health problems ‘could create a spectacle of a terminally ill man, with tourniquets on his arms and legs, being stabbed repeatedly to no avail,’ defense attorney David Stebbins said Monday.

Campbell’s attorneys also say he uses a walker, relies on an external colostomy bag, requires four breathing treatments a day and may have lung cancer.

Prosecutors say Campbell’s health claims are ironic given he faked paralysis to escape court custody the day he killed Dials.

Campbell was paroled in 1992 after serving 20 years for killing another man in a Cleveland bar. On April 2, 1997, Campbell was in a wheelchair when he overpowered a Franklin County sheriff’s deputy on the way to a court hearing on several armed robbery charges, records show.

He took the deputy’s gun, carjacked 18-year-old Dials and drove around with him for several hours before shooting him twice in the head as he crouched in the footwell of his own truck, according to court records. 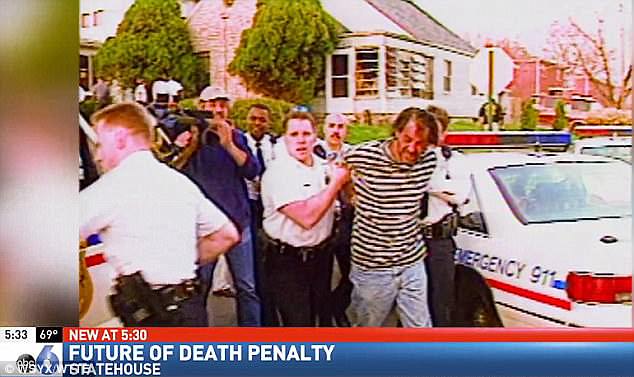 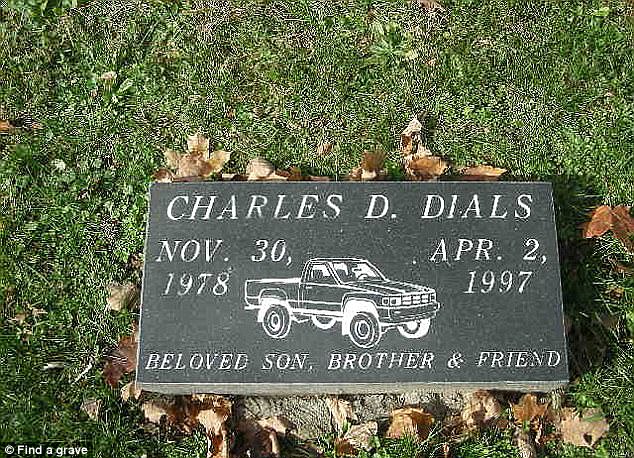 ‘Nevertheless, given the events observed at this examination and the patient’s underlying pulmonary and mental health disorders, it would be reasonable to make an accommodation for the patient during the execution process that would permit him to lay in a semi-recumbent position,’ the doctor wrote.

Dr. McWeeney also said he couldn’t find veins suitable for inserting an IV on either of Campbell’s arms.

In 2009, problems placing an IV in the arms of death row inmate Romell Broom led to the cancellation of the execution after almost two hours and 18 needle sticks. Broom remains on death row, arguing in court the state shouldn’t be allowed a second attempt to execute him.

The Department of Rehabilitation and Correction said it ‘has taken Campbell’s medical conditions under consideration for planning of possible accommodations for his execution.’

Stebbins and other attorneys argued in court filings that Campbell was regularly beaten, sexually abused and tortured as a child.

The board rejected Campbell’s request for mercy on October 12. Republican Governor John Kasich, who has spared some inmates while rejecting clemency for others, has the final say.