Doctor told Holly Matthews husband was dying in a corridor

Grieving Waterloo Road actress Holly Matthews has revealed a doctor broke the devastating news her husband was dying during a chat in a hospital corridor.

The Byker Grove and Waterloo Road star’s partner, Ross Blair, the son of former footballer Andy Blair, was diagnosed with a rare and incurable brain tumour in 2014.

He died at the age of just 32 three months ago, leaving the 33-year-old actress and her two daughters heartbroken.

But in her latest online video, Ms Matthews says that although his NHS care was ‘amazing’ for the most part, one consultant completely lacked any tact.

Branding him ‘horrendous’, she said the senior doctor broke the earth-shattering news her husband’s tumour was ‘growing massively’ as they spoke in a corridor.

She claims he then asked her: ‘Do you understand the severity of this?’

Furious, she exclaimed: ‘How I didn’t headbutt him is testament to meditation to be quite honest.’

In the footage, the actress and online blogger said many doctors need to learn how to give bad news to patients and their families in a more sensitive fashion.

She says she wants doctors and consultants to learn ‘how not to deliver news to somebody who is ill’, according to the Coventry Telegraph.

But she admitted there are several doctors who are adequately trained in that area, saying her husband’s doctors at Birmingham’s Queen Elizabeth Hospital were ‘unebelievable’.

She stressed her slating of the consultant are not directed at them ‘at all’.

She adds that her online clop is ‘not about slamming the NHS’ and she and her family are ‘staunch supporters’ of the health service.

The actress’s husband Mr Blair died in a hospice in July following a three-year battle with his rare form of brain cancer.

Speaking of doctors and consultants, his wife said: ‘I have massive respect for that kind of genius in anybody. 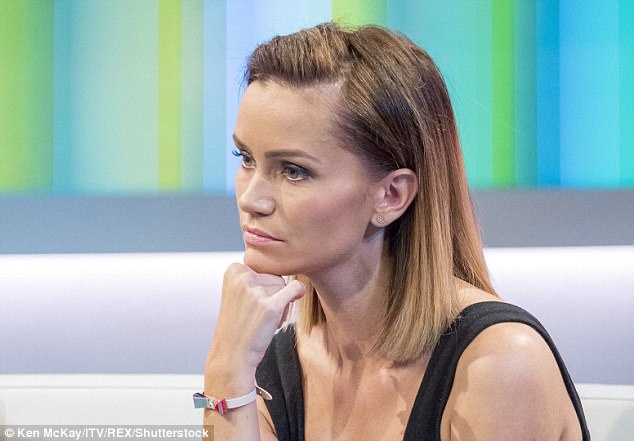 The mother-of-two (pictured) says she ‘had to stop herself headbutting’ the ‘horrendous’ member of staff, but the rest of the hospital care he received was mostly ‘amazing’

‘Whatever sector you are in, whether you are a doctor, a solicitor or a writer, if you’re a genius in whatever you do then I have massive respect for that.

‘But that doesn’t mean you shouldn’t have respect for your patients.

‘When we went to Coventry University Hospital… there were certain individuals within that who dealt with Ross – and me probably more than Ross – terribly.

‘I’m not going to name names in this, I actually can’t remember this particular doctor’s name – but I do remember being in a corridor after having been told that what Ross had going on was just water and the initial person I spoke to said ‘we will deal with it’.

‘And I was like ‘what? what?…why has nobody told us this?. We were told it was fluid’.

‘And he went ‘well, I don’t know why that hasn’t happened’. He then said to me – and how I didn’t headbutt him is testament to meditation to be quite honest – he said ‘do you understand the severity of this?’.

‘Yeah. Yeah I do. Do you understand the severity to my family?

‘Anyway, I kept my cool. He was horrendous.’

Another incident that riled Ms Matthews happened when her husband was first diagnosed with a tumour, claiming the doctor who told them was in a ‘slouched position’ as he broke the news.

Mother of Brooke, six and Texas, four, who has her own YouTube channel, told the newspaper:  ‘All I could think was you are telling me my husband has grade 4 brain cancer…sit up. 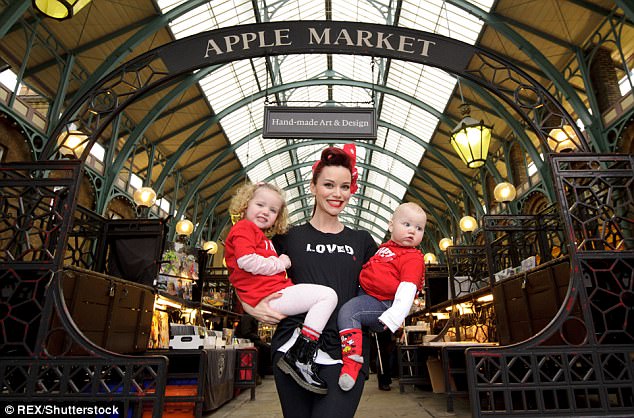 ‘Sit up and engage with this conversation.

‘Because I quite frankly don’t care that you have said this 20, 30, 50, 100 times to other families. This is happening to my family right now, and my husband. Sit up.

‘It really, really jarred me and actually I almost became preoccupied by that.’

She believes education is the way forward and says doctors’ learning should also include knowing how best to deliver bad news.

She said: ‘There has to be something from university on to the shop floor, dealing with patients, where we absolutely have to teach consultants about body language, about how to deliver news and it’s not about being soppy actually.

‘It’s about acknowledging that just because you’re ticking boxes and going with what you’ve learnt at university, that has a real-life impact on the person that is sat in front of you.’