Doctor who exposed himself to woman is finally struck off

A family doctor who kept his job despite making sexual advances towards a patient has been struck off after he exposed himself to a second woman whilst taking a shower at his apartment.

Dr Mohammad Ihsan, 36, was suspended in November last year after he offered to have sex with one patient on his surgery desk.

At the time he claimed he was ‘sorry’ for his actions and enlisted the service of a mentor so he could express his ‘regret and awareness’ at his behaviour.

But married Ihsan, from Huddersfield, was then reported to police over claims he made sexual advances to his housekeeper and exposed himself to her.

No criminal action was taken but he his case went before the General Medical Council and he was this week found guilty of sexually motivated misconduct and taken off from the medical register.

A Medical Practitioners Tribunal was told the patients made complaints about Ihsan following consultations in February and July 2016 at the Church View Health Centre in South Kirkby near Wakefield whilst he was working as a locum.

The first complainant to report Ihsan said he began talking about her sex life when she asked him for anti-biotics for a chest infection.

In a statement, she said: ‘He started by asking me if I was sexually active or if I had a sex life and I responded by saying no I don’t really have a sex life, I am menopausal so don’t really feel like it and my husband is fine with that. But he then began to ask me questions about my husband asking how I satisfy him and what would I do if he was feeling sexual.

‘Dr Ihsan then asked me how I would pleasure my husband and I responded by saying manually. I felt uncomfortable and I tried to get back on to my symptoms rather than answering his questions.’ 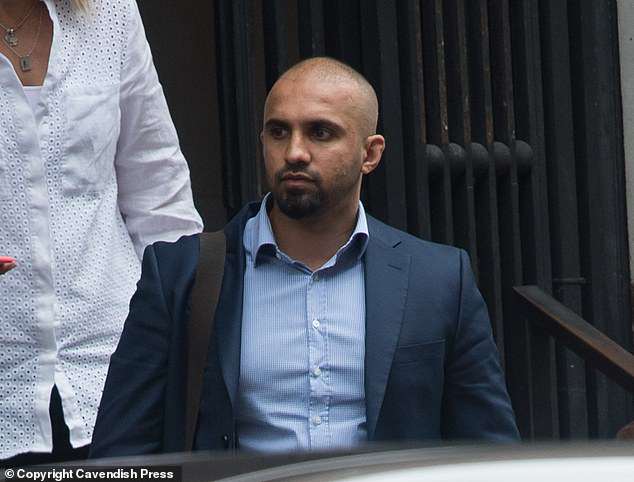 The woman said Ihsan became more ‘explicit and irrelevant’ and asked her about her orgasms. She later reported the matter to the health centre.

The second woman saw the doctor for a review about her contraception and he told her: ‘I can tell you are in a good place – you look good.’

‘I made him repeat what he had said because I thought I was hearing things.. He went on to tell me how to really be healthy by having sex lots. He said I was beautiful and I had soft skin. He then touched my right cheek with his left hand.’ At the time his mentor – a senior doctor – wrote a testimonial on his behalf saying: ‘I believe that Dr lhsan is showing insight about the seriousness of the case, and has the ability to reflect on what has happened and to behave differently if such a case arises in future.’

The latest incident took place in April 2017 after Ihsan moved to Kings Lynn, Norfolk to take up a job at Queen Elisabeth Hospital. He exposed himself to the housekeeper whilst she was retrieving cleaning items from her trolley.

The woman claimed he locked the door to the flat then pushed into her a corner before dropping his towel and grabbing her bottom. She said she managed to break free when her mobile phone rang and she unlocked the door before escaping.

Ihsan admitted being wearing nothing but a towel in front of the housekeeper but was cleared of making sexual advances towards her.

He denied being a ‘serial abuser’ and claimed a ‘good and useful doctor who got on well with patients and colleagues.’

Of the incident with the housekeeper he told the hearing: ‘I told her I needed to go out and asked if she would mind if I had a shower… I asked about a shower in part to gauge her reaction.’

In making the tribunal’s ruling panel chairman Jane Wheat said: ‘The Tribunal had regard to the additional information about Dr Ihsan’s previous GMC history, in particular, the previous finding of sexually motivated conduct.

‘It concluded that having had two adverse findings of sexually motivated conduct, on two occasions less than a year apart, demonstrated Dr Ihsan’s lack of appreciation of sexual boundaries. Erasure from the medical register is the appropriate and proportionate outcome in this case to mark the seriousness with which it viewed Dr Ihsan’s behaviour.’