Doctors are at war on schools

The row over Left-wing unions trying to stop schools from reopening escalated last night as a senior medical figure was accused of using misleading research about the health risks of returning to the classroom.

Dr Chaand Nagpaul, the chairman of the British Medical Association, had told the National Education Union that it was ‘absolutely right’ to object to the move back to lessons.

But another doctor – an expert in childhood infections − accused Dr Nagpaul of making ‘clear errors’ in warning of the risks.

The clash came as senior politicians, including former Education Secretaries, warned unions opposing the reopening of schools next month risked devastating the futures of poorer children.

Dr Chaand Nagpaul, the chairman of the British Medical Association, had told the National Education Union that it was ‘absolutely right’ to object to the move back to lessons

A study revealed that 700,000 state school pupils are not being set any work by their teachers.

However, Boris Johnson today seeks to strike an optimistic note amid the rancour. Writing in today’s Mail on Sunday, he says the ‘fortitude’ of the British people will enable them to survive the Covid-19 crisis and regain ‘the freedoms they hold dear’. 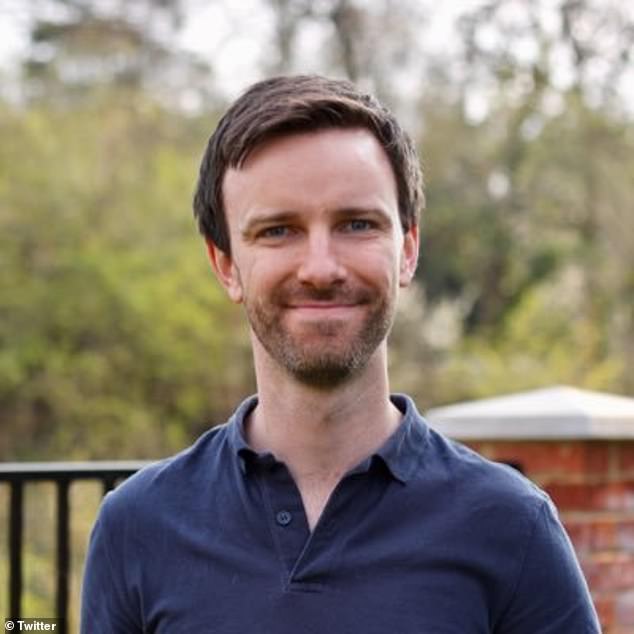 The BMA chief quoted a Berlin study which, he claimed, suggested children ‘are just as likely to be infected as adults, and may be just as infectious’.

But Dr Munro accused Dr Nagpaul of making ‘clear errors of interpretation’, arguing that the German study’s conclusions weren’t supported by their data and ‘did not find children were ‘just as likely to be infected as adults’… [and] did not demonstrate children are ‘just as infectious’ as adults’.

He tweeted last night: ‘Not sending your kids back to school is a middle-class privilege. Let’s start thinking about what’s best for society, not just the families of the privileged few.’

A poll of 900 heads across England, found about 10 per cent of schools have not been giving pupils any work since the summer term began, prompting the Campaign for Real Education to say it was ‘outrageous and immoral’ that disadvantaged children risked being ‘thrown on the scrap heap’.

Dr Nagpaul’s letter has been plastered across social media by teaching unions, who have presented it as hard evidence that the science is on their side.

But Professor Saul Faust, a paediatric immunologist at Southampton Hospital, also arguing that data showed children have fewer symptoms than adults, adding: ‘I have three children under 13 who have been attending school part-time as my wife and I are key workers.

‘From the current scientific data, I do not feel this – or a return to school more widely – places my family at any significant risk.’

He further claimed that the BMA’s letter had ‘not presented a balanced representation of their members’ views’.

Speaking at the daily coronavirus briefing, Education Secretary Gavin William­son said he still hoped that primary school children in reception, Year 1 and Year 6 will be allowed to return to school on June 1.

Issuing a plea to the unions, he said: ‘The poorest children, the most disadvantaged children, the children who do not always have support they need at home, will be the ones who will fall furthest behind.’

Ms Morgan said that if schools didn’t reopen soon ‘their hard work over the last ten years to ensure disadvantaged children keep up with their peers could be lost in just ten weeks’.

And Lord Blunkett, writing in today’s Mail on Sunday, said that the opposition of the unions to a return to school was ‘both destructive and wrong’, because ‘it will punish some of the most vulnerable children in the country’.

Last night, a spokesman for the BMA said: ‘The view of the BMA’s Public Health Medicine Committee is clear: the available evidence on the reopening of schools is conflicting and inadequate and we need to know more on the level of infectivity of children.

‘The BMA wants schools to fully reopen as soon as there is clear evidence that the risk of infection in the community and a second spike is sufficiently low to prevent this deadly virus spreading.

‘The sole focus of the BMA in this regard is the protection of children, their families and teachers, as well as to prevent a second surge of the virus in what is the greatest public health threat in a generation.’