An Australian doctor and mum-of-two has shared her ultimate ‘cheat’s recipe’ for delicious homemade gozleme.

‘Both of my kids smash this – it’s in my daughter’s lunchbox for school often and my toddler eats it on the go,’ she wrote and demonstrated the method in an Instagram video.

Gozleme is a traditional savoury Turkish flatbread that’s often filled with spinach and feta, but can also be made with meat, cheese and tomato.

As Victoria is currently in another strict Covid-19 lockdown, Dr Alexander said the meal is the ‘perfect easy, quick meal’ to lift your spirits. 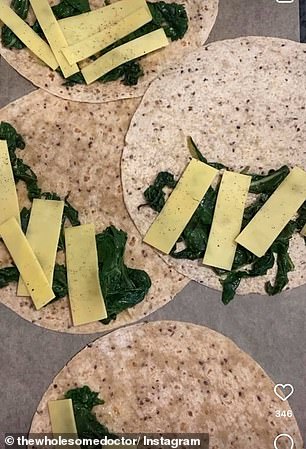 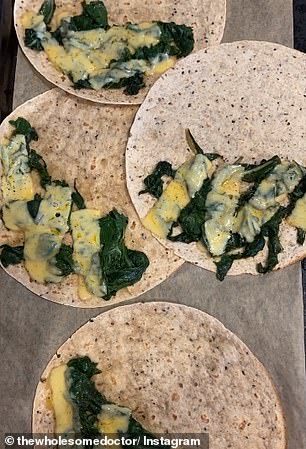 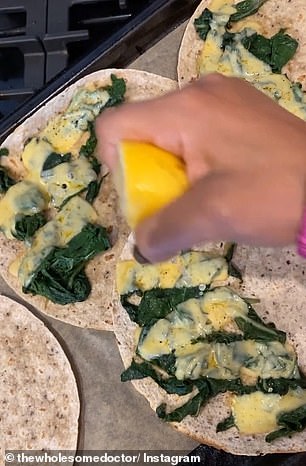 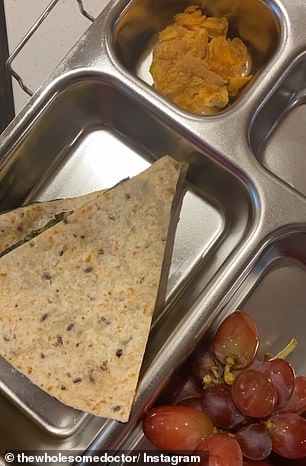 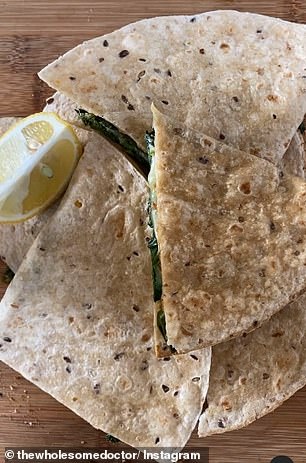 To make the healthy lunch meal, she first wilted the spinach in a pot on the stove with some olive oil.

‘I used home grown silverbeet here (wilted) because I’m a small legend,’ she joked, adding: ‘But baby spinach or frozen spinach ($2 at the supermarket) also works a treat.’

Once the spinach was ready, she placed a small amount onto one side of a wrap then added a few slices of cheddar cheese.

She then grilled the open wrap for ten minutes, keeping a watchful eye over it to ensure the cheese didn’t burn.

The dish was then removed from the grill and a generous squeeze of fresh lemon juice was squirted over the cheese and spinach before folding the wrap in half. 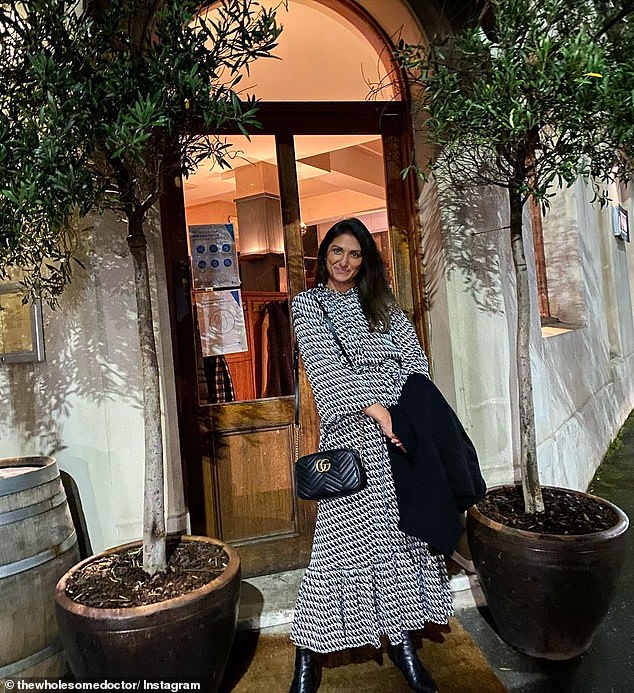 How to make Dr Alexander’s gozleme:

1. Wilt spinach in a pot on the stove, toss until the spinach looks wet

2. Pop some spinach onto half a wrap and top with cheese and season with pepper

3. Grill for 10 mins or so to melt the cheese – don’t burn it, keep checking frequently

4. Take it out, squeeze lemon, then fold it

The end result looked perfectly tasty and would be a great lunch idea for children and adults alike.

The recipe idea was praised by other parents online who thanked Dr Alexander for sharing her recommendation.

‘Nice! I do the same thing, but in corn tortillas and with scrambled egg,’ one mum wrote.

‘Looks divine! Thanks for sharing,’ another said, a third added: ‘We love this kind of thing in our house!! We make them in our sandwich press.’