Dog is brutalized by an alligator while exploring a pond

This is the shocking moment a dog was brutalized by an alligator.

Video shows the dog approaching a small, muddy stretch of water in an unidentified location.

The water appears to be only a few feet or so in diameter. 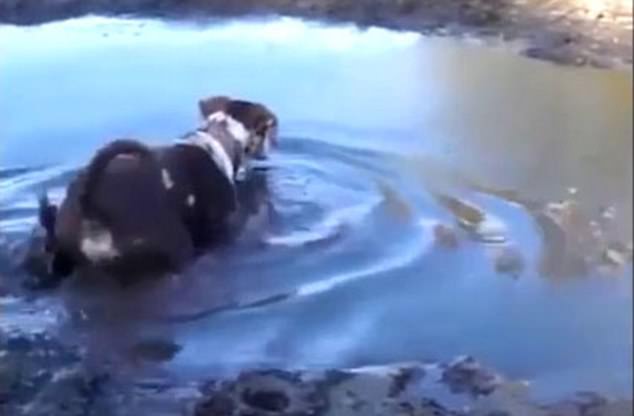 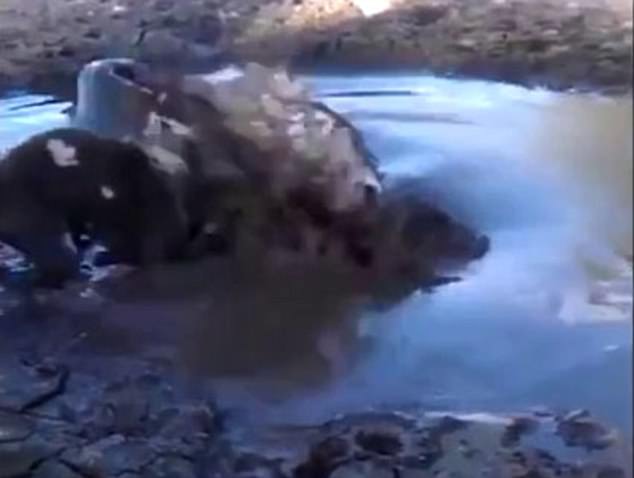 The dog’s exploration was cut short when an alligator lurking under the surface leaped from the depths to attack. The dog’s wails can then be heard off-screen

A woman, perhaps his owner, films him wading into the pond. A turtle can also be seen hiding in its shell in the shot.

But his curious observation of the pond came to an abrupt end when an alligator leaped from the water’s depths and attacked.

Viewers are spared from seeing the brutal carnage because the camerawoman runs away after yelling ‘yikes, yikes’.

The dog can be heard off-camera wailing in a manner that is quite heartbreaking.

The dog’s fate is not clear but considering the aggressive demeanor of the reptile one can imagine that it was devoured.

It is not clear what happened to the woman who fled the scene. 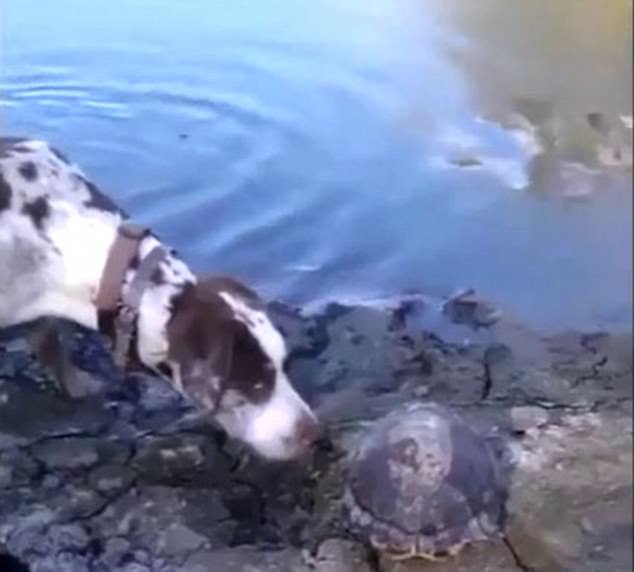