Dog screamed at and ‘kicked’ over gay marriage bandanna

A dog wearing a bandanna was the subject of homophobic slurs and an attempted assault on Tuesday.

Melbourne woman Claire Sutherland posted on Twitter her dog had been screamed at by a passing man because the canine was wearing an ‘Equality’ bandanna.

The man also tried to kick Mack the dog, who was being walked in a park in Yarraville, in Melbourne’s west.

Luckily, the kick did not connect and the pup was protected by his dogsitter, who Ms Sutherland says gave the man a piece of her mind.

Mack the dog is the latest public victim of the increasingly brutal same-sex marriage campaigns. 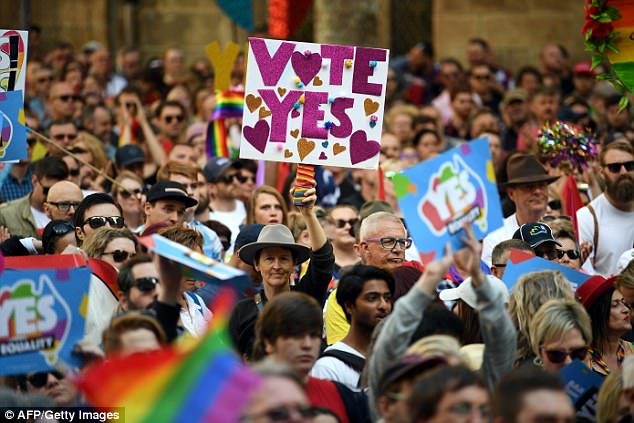 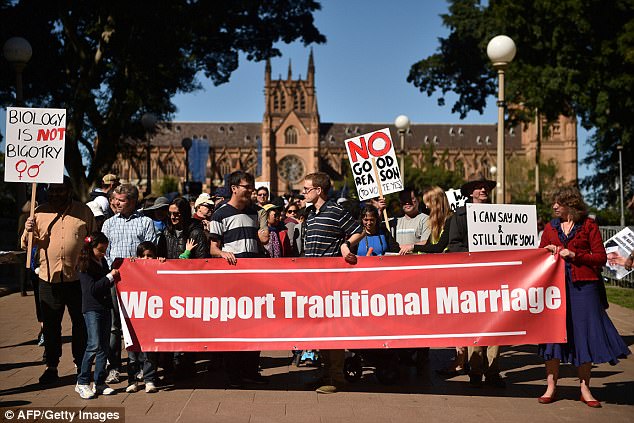 Both the ‘No’ and ‘Yes’ camps have been accused of violence in the past few weeks, as survey ballots are mailed out across the country for Australians to share their opinions on whether couples of the same sex should be able to legally marry.

Kevin Rudd’s godson was allegedly punched in the face over his yes stance, and Tony Abbott has claimed he was headbutted over his no stance.

The former Prime Minister was leaving a newspaper office in Hobart last week when he claims a man came up to him, asked for a handshake, and then headbutted him.

Mr Abbott conducted a press conference on the attack, as well as an interview with Andrew Bolt immediately afterwards, where he noted the man had been wearing a ‘yes’ badge and labelled the headbutt: ‘politically motivated violence’. 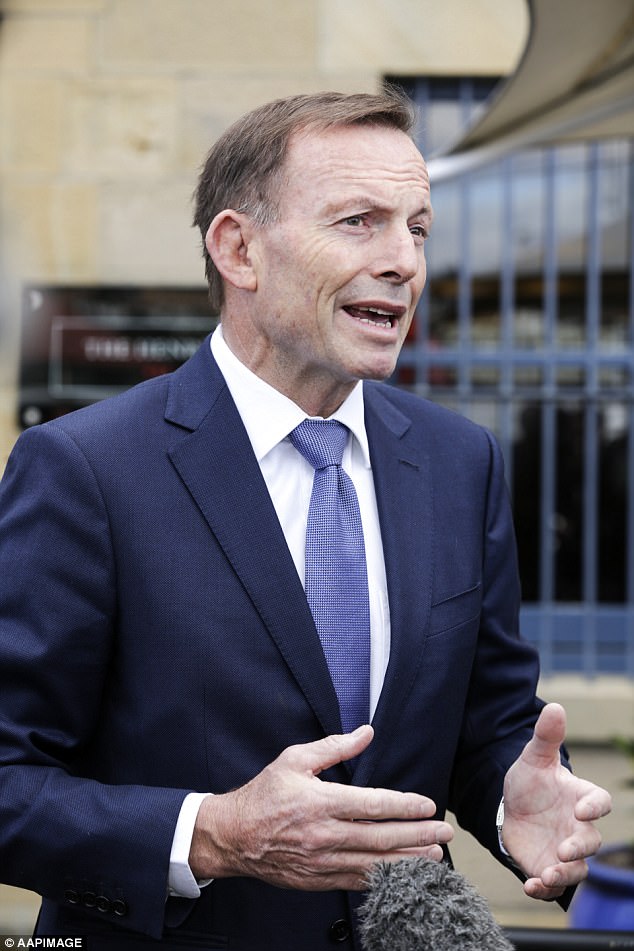 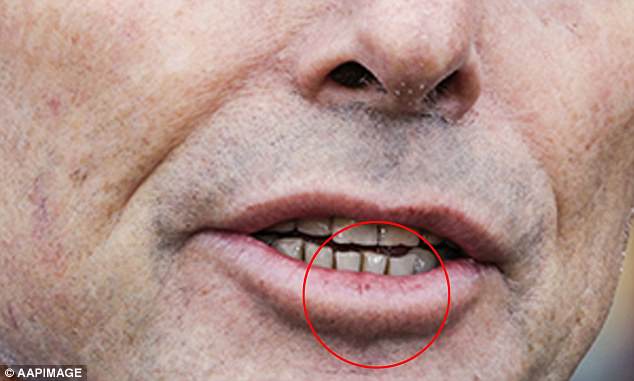 He said his attacker was wearing a yes badge, but the man behind the headbutt said it had nothing to do with his stance on same sex marriage, and a staffer of the Former Prime Minister confirmed nothing had been said

A 38-year-old man has been charged over the incident, but he claimed the attack was nothing to do with same sex marriage.

A staffer of Mr Abbott came out soon after to confirm the man’s story, noting Mr Abbott’s attacker had not said a word about same sex marriage.

Former Prime Minister Kevin Rudd tweeted a bloodied image of his godson earlier this month, claiming he was bashed for supporting gay marriage.

The picture shows Sean with a cut between his eyebrows standing on a Brisbane bus.

‘So many warnings to Turnbull about what the postal vote could unleash,’ he told his 404,000 followers on Wednesday afternoon.

‘Now my godson Sean has been punched for standing up for marriage equality.’

A local marriage equality group on Facebook claimed Sean was punched on Tuesday after confronting a man who was pulling down rainbow flags from the Oxford Street roundabout in Bulimba. 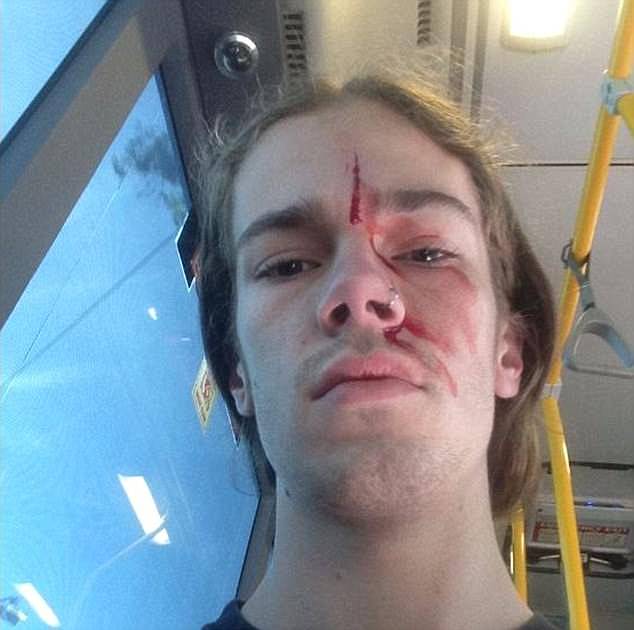 Sean, the godson of Former Prime Minister Kevin Rudd, was hit in the face after an altercation with a man who did not support same sex marriage

A spokesman for Queensland Police told Daily Mail Australia officers were investigating the assault of a 19-year-old man who sustained a facial injury at 9am on Tuesday.

Ballots for the postal survey on same-sex marriage are being mailed out across Australia.

Voters have until October 11 to request a replacement survey if theirs has not arrived or has been lost.

The Australian Bureau of Statistics recommends all Australians post back their survey by October 27, and results will be finalised on November 15.

The Federal Government has pledged to introduce a private member’s bill into Parliament if the majority of Australians vote yes, though the public decision will not be binding. 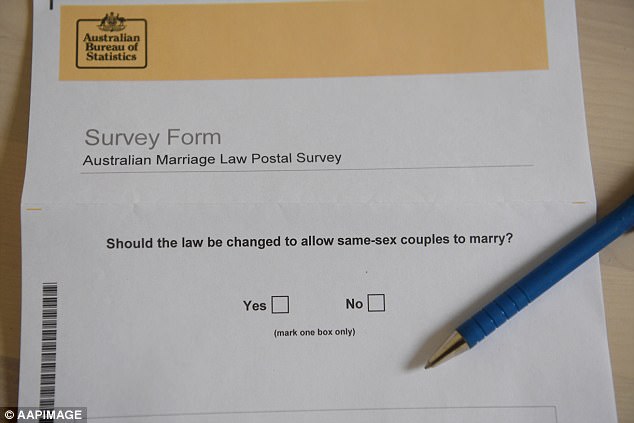 Surveys are being posted out throughout the nation to allow Australians to share their opinion on whether same sex marriage will be legalised. The survey is non binding but a majority yes vote will see a private member’s bill introduced to Parliament