This is the hilarious moment a tired puppy battled to keep her eyes open but kept nodding off.

Cessna, a one-year-old Shih Tzu from the Philippines, was sitting on a chair waiting for her owner to finish work.

Her cute attempts to stay awake were captured on camera by owner Michael de Leon and his wife in Zamboanga City. 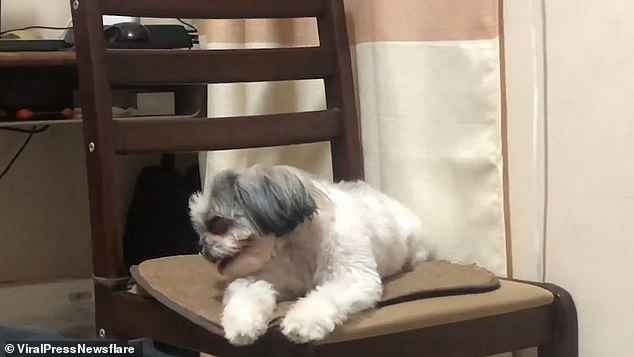 In the video, Cessna’s head starts to slowly droop down to her right paw as she fights off her sleepiness.

The Shih Tzu’s eyes close before she suddenly jerks upright again when Michael says her name.

She opens her eyes and pushes her ears back in recognition – before dozing off again.

Michael starts to laugh and his wife also calls out to Cessna as the dog wakes up.

But her head soon starts to tip sideways with her tongue sticking out. 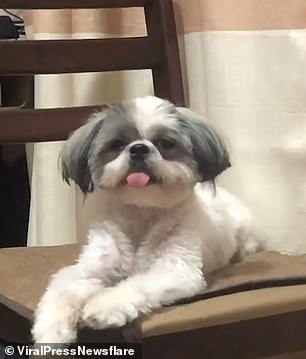 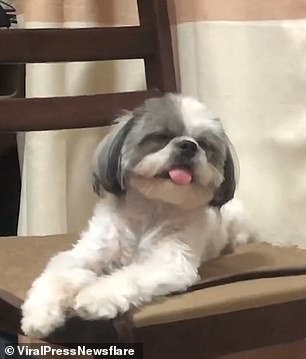 Michael said: ‘We kept telling her to go to sleep in the chair, but she is the clingiest dog ever so she wants to wait for us to finish.’

He took the film of Cessna on May 17 inside his family home in Zamboanga City, the third largest city in the country.

Michael and his wife  have been working from home since the coronavirus quarantine, which has been in place since mid-March in the Philippines.

Shih Tzus are a toy dog breed weighing four to 7.25kg when fully grown and they originate from Tibet.