A woman was almost killed by a kangaroo after her unleashed dog tormented and chased it through a park.

The dog walker, known only as Dina, said she ‘played dead’ near Federation Hill in Wodonga, regional Victoria, until the kangaroo finished attacking her.

She believes her quick thinking saved her life.

Dina said she was chasing after her dog, who began playing with the kangaroo as soon as she let it off the leash, when she noticed the marsupial was panicking.

Instinctively, she turned around and tried to run for safety, but the kangaroo quickly caught up to her and began clawing at her back after pushing her to the ground.

‘He gouged out the back of my leg, I know now if I hadn’t turned around, I would probably have been disemboweled,’ she told 9 News.

‘He started pounding on me and jumping on me and I played dead. I just thought this is happening, just wait until it is over.’ 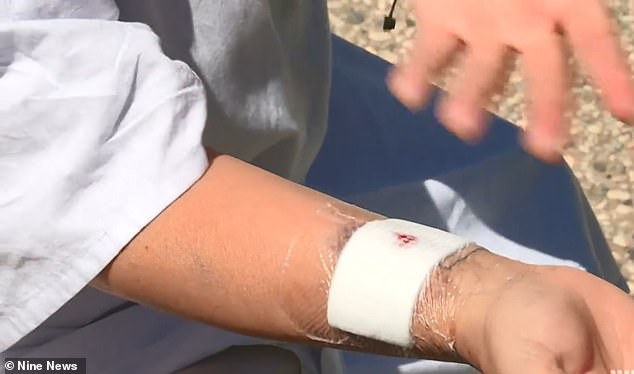 Dina said she felt sorry for the kangaroo involved because she could sense its panic throughout the entire ordeal and knows it was only trying to save itself.

She said her dog caused the attack and that she ‘really felt for the poor thing’ after realising she had ‘encroached on his territory’.

Council signs in the park stipulate owners should not let their dogs off their leash in the area.

Dina underwent surgery for her leg injuries and required 25 stitches on her face and around her eye. 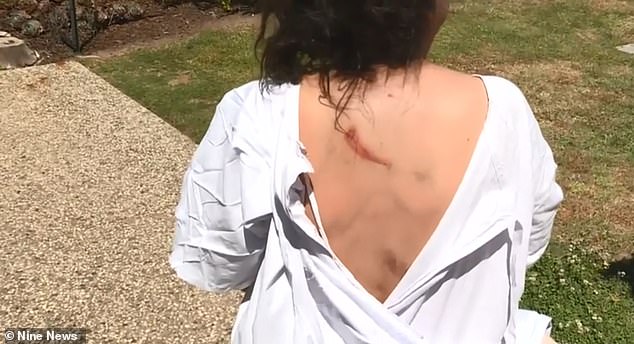