A professional dog walker has avoided jail despite causing the death of two pets by leaving eight animals locked in a van during a heatwave.

Helen Campbell, 59, claimed she ‘lost track of time’ when she left them for three hours.

Two of the other dogs suffered heatstroke and the temperature in her van is thought to have soared as high as 40C (104F). 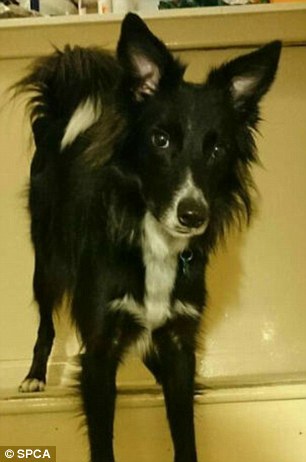 Helen Campbell, 59, claimed she ‘lost track of time’ when she left Milly (left) and Cody (right) for three hours. Both pets died due to the heat inside her van

But on June 14 last year, she locked eight dogs in her van while she attended a business meeting.

When she returned to the vehicle, left at Knightswood Community Centre in west Glasgow, dogs Milly and Cody were dead, while Spencer and Kobe were suffering from heatstroke.

Instead of admitting to the dogs’ owners what had happened, Campbell, from Anniesland, Glasgow, repeatedly changed her story – meaning some animals received the wrong treatment from vets.

Campbell pleaded guilty at Glasgow Sheriff Court to two charges under the Animal Health and Welfare Act – of confining the dogs within her van and exposing them to excessive temperatures, and failing to provide water and ventilation and immediate medical treatment.

Sheriff Peter Grant-Hutchison told the court he had to consider ‘the incredible breach of trust’, adding: ‘It’s open to me to impose a custodial sentence.’

He said: ‘I believe you are truly contrite and so you should be.’ 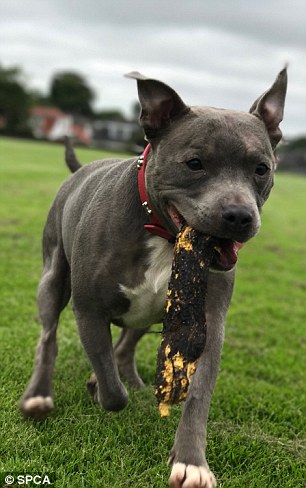 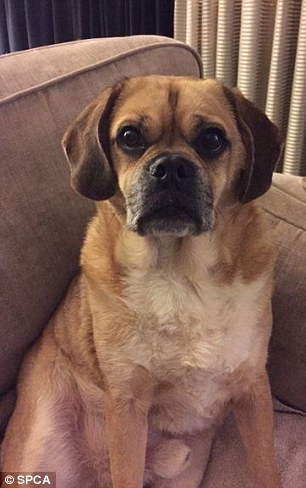 Instead of admitting what had happened, Campbell repeatedly changed her story – meaning some animals such as Spencer (left) and Kobe (right) received the wrong treatment from vets

The sheriff issued Campbell a community payback order with 116 hours of unpaid work, to be completed within nine months.

She was banned from keeping animals for 20 years.

The sheriff said: ‘You are very fortunate not to have a prison sentence imposed.’

Matthew Stables, fiancé of Cody’s owner Julia McGill, said after Friday’s hearing that ‘she should have gone down for it’.

Milly’s owner, Lynne Reid- McConnell, said: ‘On the day it happened, she told us a pack of lies.’

She said Campbell phoned her and ‘just said “there has been a terrible accident and Milly has died”. Very blunt. She said she was on the way to the vet.

‘She told me some ridiculous story on the phone that the dogs were swimming, they became frightened by something and ran off, and by the time she found Milly she was dead.

‘Milly was soaking wet and she was very hot. This obviously aroused the vet’s suspicion and took her temperature.’ 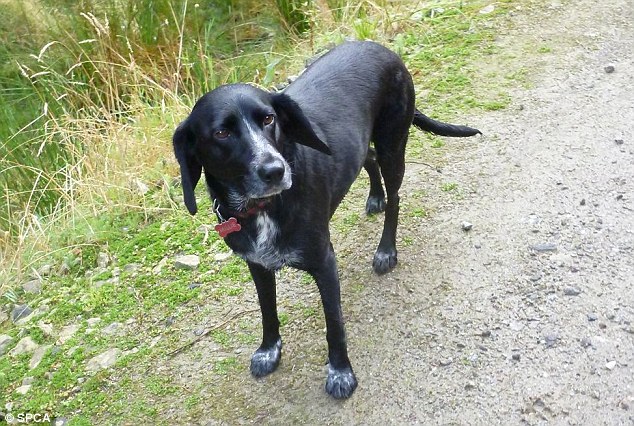 Mrs Reid-McConnell reported the incident to the Scottish SPCA and wrote a heartfelt letter to the procurator fiscal about her loss.

She said: ‘I am looking forward to this being over so I can remember all that was wonderful about Milly and the joy that she brought to our lives, without it being tainted with the pain that the ongoing pursuit of justice for the horror of her death brings.’

He said the firm had been ‘under pressure’ and the meeting ‘went on much later than anticipated; Mrs Campbell lost track of time’.

Mr McKay said what happened next was ‘sheer terror and panic’ and she did try to cool the dogs.

He added: ‘She admits she tried to deny culpability.’

Scottish SPCA inspector Gillian Dick said: ‘This is a heartbreaking example of why dogs should not be left in hot cars.

‘The temperature inside the van is likely to have reached at least 40C. These conditions would be difficult for even a human to cope with.’