Dolphins in Italian waters are dying from measles-like virus

At least 40 bottlenose dolphins that washed up dead on the shores of Italy were killed by a measles-like virus, scientists say.

Researchers investigated the causes of death for 10 of the marine mammals, after double the annual number of dolphin carcasses had washed ashore by August.

Experts from the University of Siena confirmed the cause of death as cetacean mobillivirus, a virus in the same family as measles.

The infection makes dolphins lose weight and causes brain and organ damage and, they suspect, has been even more devastating due to pesticide pollution.

Tests also confirmed the presence of a number of chemicals that can suppress a dolphin’s ability to fight off the disease.

At least 40 bottlenose dolphins that washed up dead on the shores of Italy were killed by a measles-like virus, scientists say (stock image)

Cetacean morbillivirus (cemv) is a highly infectious virus responsible for numerous mass die-offs in dolphins, porpoises and whales around the world.

Cemv was detected in Ireland, England and the Netherlands from 1988 to 1990, when the porpoise morbillivirus strain was identified in a small number of stranded harbour porpoises.

Since then, it has been linked to deaths throughout the North Sea, north Atlantic Ocean, Mediterranean Sea, Black Sea, Indian Ocean and Pacific Ocean.

It causes brain and organ damage in the animals it infects and suppresses their immune system, leaving them vulnerable to infections such as pneumonia.

Officials in the region are calling on the government to join the 2001 Stockholm Convention, which bans persistent organic pollutants.

Italy is the only European country that has not yet signed up to that pact, they say, and that the time has come to rethink this position.

‘We are powerless in the face of this virus,’ Federica Fratoni, environment commissioner for the Tuscany region, said in a written statement.

‘But we could do a lot about another problem highlighted by the analysis of tissues and organs taken during the autopsies.

‘Note the high levels of DDTs and PCBs, old generation polychlorinated biphenyls also used as insecticides and still present in the Mediterranean Sea.

‘These products can have an immunosuppressive effect and therefore may have contributed to the spread of the disease and its effects.’ 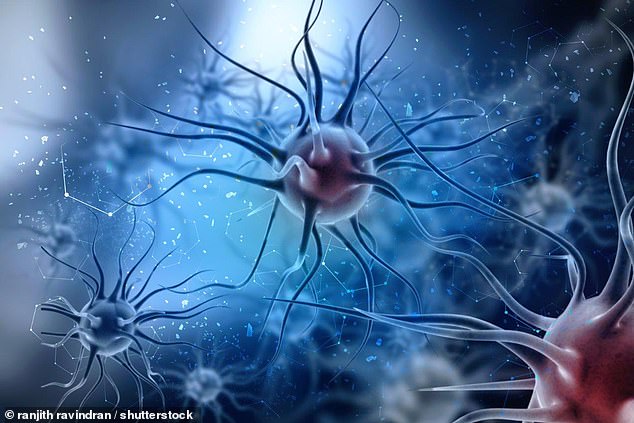 The infection makes dolphins lose weight and causes brain and organ damage and, they suspect, has been even more devastating due to pesticide pollution (stock image)

In 2013, the virus was linked to the deaths of 800 dead dolphins and four whales that washed ashore on the East Coast of America.

The previous major morbillivirus outbreak in the region occurred in 1987, when 740 dolphins were confirmed dead.

In July 2007, 100 striped dolphins were found dead along the coast of the Spanish Mediterranean.

Of 10 dolphins tested, seven were positive for a virus strain closely related to the dolphin morbillivirus linked to a previous outbreak in 1990.

This outbreak killed 1,000 striped dolphins in the Mediterranean.