The comedian, 49, claims the worker drove off with his items after telling him that he would not deliver them to his west London flat because he was not ‘allowed’ to carry them upstairs.

Joly then offered to take the goods up himself but the DX delivery driver refused that as well on the grounds that he was parked in a residents-only bay. 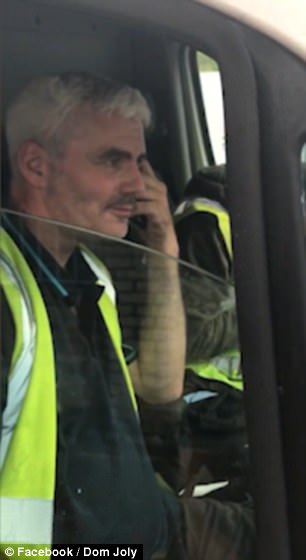 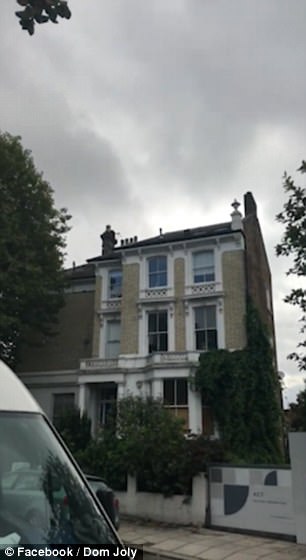 The delivery driver, left, was filmed allegedly refusing to carry the Ikea goods up to Dom Joly’s flat, right

Footage shot on the celebrity’s phone shows the driver initially refusing to open his window and speak to him.

Joly then offered to pay the worker’s parking ticket for another bay in the road but when he did so the driver drove away.

The clip, which was uploaded to Joly’s Facebook page yesterday, has already received more than 100,000 views.

The delivery driver can be seen with his phone pressed to his ear as he sits in his van.

He tells Joly: ‘I’m not going to speak to you because you’re just rude.’

Speaking to the camera, the comedian said: ‘This company’s turned up to deliver my furniture.

‘They’ve rung me up and said they can’t deliver above the first floor.

‘Now they won’t get out of their van because they’re not in a permit place.’

Pointing to an empty space across the road, Joly adds: ‘I’ve said I will pay for them to park there and I’ll carry the stuff up myself but they still won’t.’ 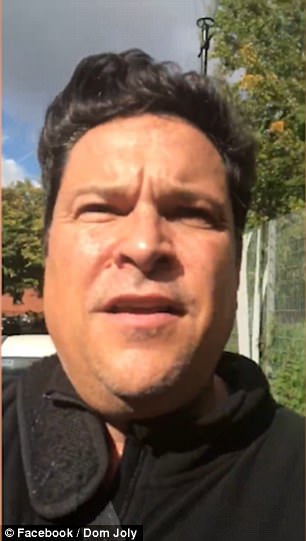 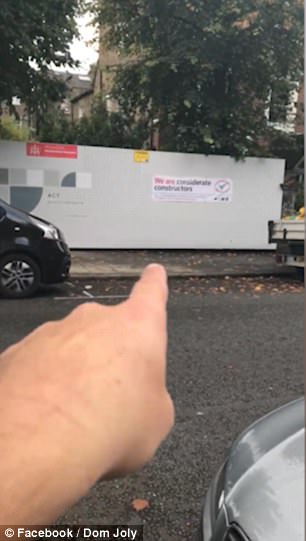 Joly, left, says he even offered to pay for the driver to park in another space, right, but he still refused

A spokesman for delivery firm DX told The Sun Online: ‘We are aware of the incident that occurred yesterday, which we quickly resolved and apologise for any inconvenience caused to Mr Joly.

‘DX has launched an internal enquiry into the matter as part of our commitment to uphold a high quality of customer service and safety standards at all times.’

And a spokeswoman for Ikea said they had refunded Mr Joly’s delivery charge.

She added: ‘We are following this up with our delivery partner to understand what went wrong and how we can ensure this doesn’t happen again.’