In a dramatic intervention, Dominic Cummings said the General Election was ‘much tighter’ than the polls suggested and warned of a ‘very real possibility of a hung parliament’.

In a dramatic intervention, Dominic Cummings, pictured, said the General Election was ‘much tighter’ than the polls suggested and warned of a ‘very real possibility of a hung parliament’.

The comments were made in an open letter to Leave voters on his personal blog. Mr Cummings, the former head of Vote Leave, called it a ‘bat-signal’ to voters who backed Brexit in the 2016 referendum.

‘If Boris doesn’t get a majority, then Corbyn will take control of No 10 on Friday (December) 13th in alliance with Sturgeon plus the Liberal Democrats,’ he wrote.

‘And if this Corbyn-Sturgeon alliance takes control, their official policy is to give millions of EU citizens the vote in the second referendum.

‘They don’t plan to lose again and they’ve literally written into their manifesto that they will cheat the second referendum – apart from giving millions of foreign citizens the vote, they will rig the question so the ‘choice’ is effectively ‘Remain or Remain’.’

Mr Cummings added: ‘Without a majority, the nightmare continues. All other MPs will gang together to stop Brexit and give EU citizens the vote. It’s that simple.’ 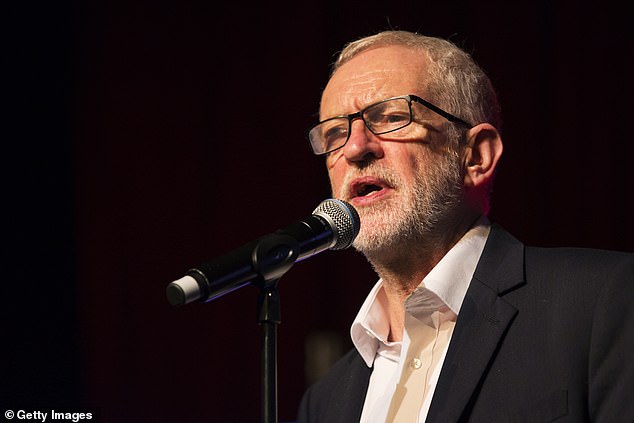 If Mr Johnson does not secure a majority, Mr Corbyn would enter No 10 ‘propped up’ by the SNP’s Nicola Sturgeon and the two leaders would then ‘rig’ a second referendum, Mr Cummings added.

Labour’s manifesto promised to give ‘full voting rights to all UK residents’ as part of the ‘largest extension’ of the voting franchise ‘in generations’.

It did not say whether that would include a second referendum.

In 2016, only UK, Irish and Commonwealth citizens were allowed to vote, and allowing anyone resident here to take part would give a vote on Brexit to millions of EU nationals and migrants from other countries.

In his rallying cry to Leave voters, Mr Cummings warned them against backing the Brexit Party, which he said would split the pro-Brexit vote and help Mr Corbyn into No 10.

A Corbyn-Sturgeon alliance would also mean ‘we’ll all get screwed on taxes, Parliament will drag the whole country into crisis, and immigration will return to being a central issue in politics’. 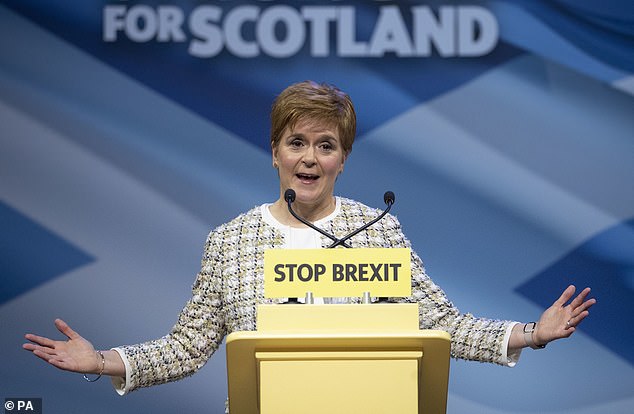 He claimed: ‘If Corbyn and Sturgeon walk into Downing Street on Friday 13th, Corbyn will spend half of next year negotiating some new deal he can’t explain, then the second half of the year will be a cheated referendum in which millions of foreign citizens will be allowed to vote. It’s guaranteed chaos.

‘And there’ll be another Scottish referendum. Politics will never be off the TV. The shambles of the past three years will go on.

‘Meanwhile, he and Sturgeon will be banging up your taxes and the NHS will have his four-day week plus unlimited immigration from the whole world, not just Europe.’

Mr Cummings is not playing a central role in the Tory election campaign, and his intervention will be seen as a sign of concern about the likely result on December 12.

The 2,000-word post involved a lengthy denunciation of Remainers in the political establishment, including Mr Corbyn and John McDonnell, who he said had promised to uphold the result and had instead ‘done all they could to overturn it’.

Naming former Tory MP Dominic Grieve, who was stripped of the whip by Mr Johnson over Brexit, he said MPs such as him should be ‘forced from public life in disgrace for their shameless dishonesty’.

If returned to government, Mr Cummings said he and Mr Johnson would ‘do all we can to improve this country – and especially for those who don’t have lots of money, who are surrounded by bad choices of school, who can’t afford a private doctor if their family is sick’.