DOMINIC KING: John Stones is the undisputed master and commander of England’s defence

DOMINIC KING: John Stones is the undisputed master and commander of England’s defence… the Man City star displayed his importance to Gareth Southgate once again by helping keep USA at arms’ length

John Stones isn’t one for hoarding football memorabilia but one shirt he kept holds enormous significance and will be eternally cherished.

It is the jersey he wore on May 30, 2014, the night he came on as a 75th minute substitute for his then Everton team-mate Leighton Baines to make his England debut against Peru. The game ended in a facile 3-0 win, the goals being scored by Daniel Sturridge, Gary Cahill and Phil Jagielka.

Back in the dressing room, Stones got every member of Roy Hodgson’s squad to sign it for him, the names scrawled on it included Steven Gerrard, Wayne Rooney, Jack Wilshere; shortly after, Stones was placed on stand-by for the World Cup in Brazil and fitted with a suit that he never actually wore. 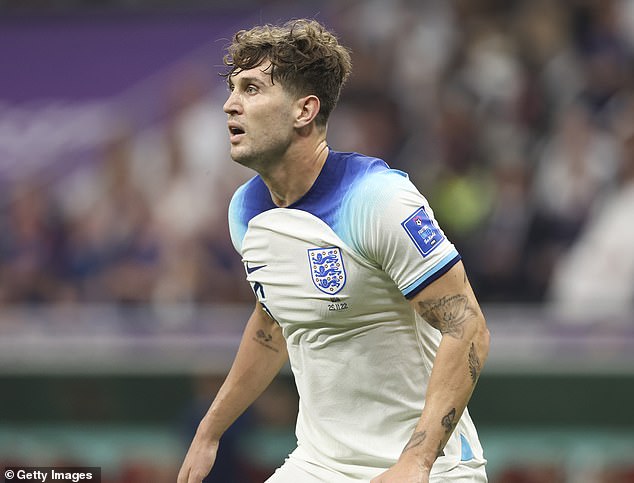 Gareth Southgate, then the Under-21 head coach, loved working with Stones back then and was adamant he had everything in his locker to become a defender of the highest class, who could get to 50 caps. It was a rare error of judgement, underestimating his potential.

Stones has developed so much over the last eight years that he has become a lynchpin for his all-conquering club, Manchester City, and moved beyond 60 appearances for his country. To give that context, 1270 men have represented England – only 44 have entered this vicinity.

Really, he should have been at this figure long ago. He is the undisputed master and commander of England’s defence but it is easy to forget that Stones only won three caps between November 2018 and March 2021 and went 10 games in the international wilderness.

‘I can’t put it into words what it means to me,’ Stones told Sportsmail during an interview with Micah Richards in December 2020. ‘It’s difficult when you are not selected and you can’t contribute to anything and be a part of it all. Not playing for England… It hurts. It really hurts.’ 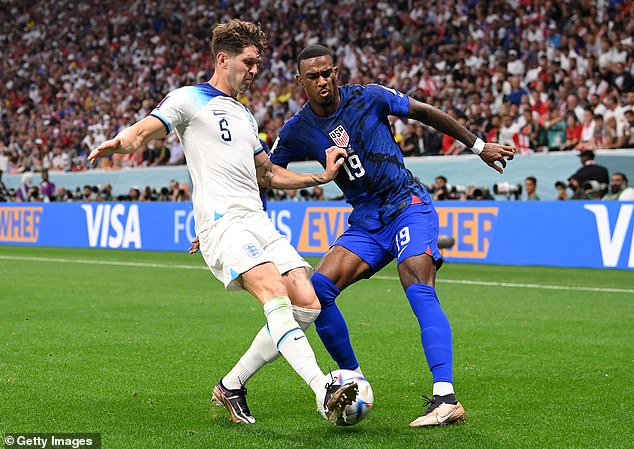 Such has been the transformation in his fortunes, after he changed his diet, took on extra training and studied every aspect of his game, you could not imagine how he wouldn’t play for England. He is, frankly, every bit as important to this team as Harry Kane.

If England are going to go deep into the tournament, a tight defence is absolutely essential and in a tense game at Al Bayt Stadium, Stones was a significant reason why England were able to keep a spirited and enthusiastic American team at arms’ length.

Southgate wants his team to build from the back and Stones, in the first 10 minutes, had 10 touches, popping passes into midfield and trying to set creative spirits such as Jude Bellingham and Bukayo Saka free. On the rare occasion a ball never got through, he would immediately apologise.

But Stones recoils at the idea that he isn’t always adapt at doing the dirty work – ‘the best feeling you can have is making a tackle,’ he will tell you – and as the United States prodded and probed, trying to find a way through, he was invariably the one getting in the way. 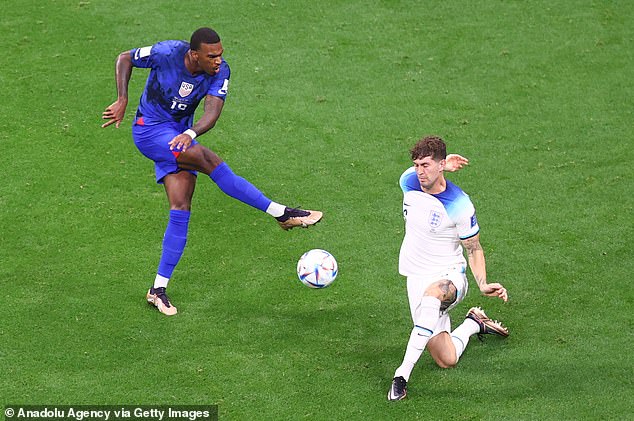 When Haji Wright got a header away eight yards from goal in the 26th minute, Stones roared at his partner Harry Maguire to maintain concentration; in the 39th minute, Wright was left frustrated again when Stones stood up to him at the near post and blocked his shot.

His best intervention of all, however, was in the 48th minute when Weston McKennie thought he had a clear opening but Stones was like a protective shield in front of Jordan Pickford, kneeling and spreading himself to avert the danger.

Such moments were crucial. There will be bigger tests down the line and they will only be passed if Stones is involved. You would not want to face Kylian Mbappe and France in the last eight, potentially, without the man from Barnsley. That says it all.