DOMINIC LAWSON: The idea the King should challenge Truss would destroy everything Queen stood for

Andrew Marr, the former BBC political editor and presenter, is a man I like and admire.

So it saddens me to see that he appears to have launched a campaign to encourage our new King to become the focal point of opposition to the policies of our equally new Prime Minister.

In his column for the preeminent left-of-centre magazine, the New Statesman, Marr declared that the current state of politics in the UK had caused him to ‘rethink some of what I have written before about the man who is now King Charles. Like many, I’ve always argued that on the throne he must relinquish his previous views and campaigning… a King who meddles in politics would seem to be in particular danger’.

A friend who knows both Truss and King Charles quite well explained to me just how diametrically opposed the two are in their world view: ‘He is a romantic pastoralist. She is all about ruthless efficiency, and has no great attachment to the countryside: she sees it purely as a means of production’

Now, however, Marr has decided that ‘to put it bluntly, Right-wing ministers thinking about a difficult election in 2024 and with a record of hostility to ‘green c**p’, can’t be trusted. A King who feels differently … might be the best short-term argument for the monarchy’.

This would be achieved, he said, not just by opening the party’s annual conference with a rendition of God Save The King (now done) but also ‘the apparent determination of the new government to ditch net zero [carbon emissions] — something the King will loathe — gives Labour a great opportunity’.

The King’s Party, no less. But the leader of the Liberal Democrat Party, Sir Ed Davey, is also bidding for the political equivalent of a royal warrant.

Television cameras recorded the opening of his meeting (along with other opposition party leaders) with Charles III in the week of the Queen’s death. The BBC’s microphones picked up the opening words between the two men.

King Charles: ‘I have not seen you for far too long.’ Sir Ed Davey: ‘I would love to come to talk to you about similar issues on the environment and climate change in due course.’

Those are the issues which have long gripped the King, and on which he counts himself as a prophet, so this was doubtless music to royal ears. 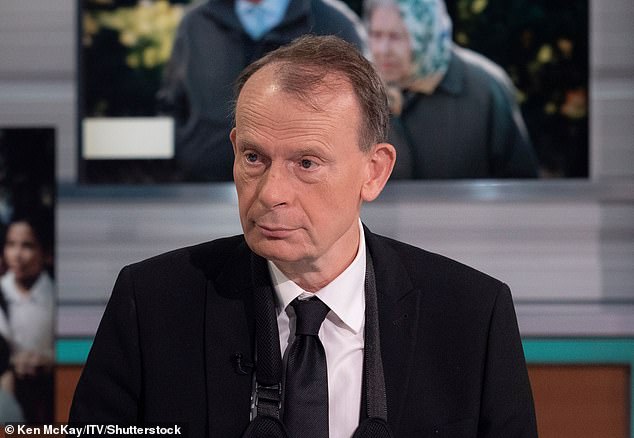 Andrew Marr, the former BBC political editor and presenter, is a man I like and admire. So it saddens me to see that he appears to have launched a campaign to encourage our new King to become the focal point of opposition to the policies of our equally new Prime Minister

As Energy and Climate Change Secretary in the Conservative-Lib Dem coalition government, it was Davey who, in 2012, imposed the regulation which required companies fracking for gas to halt work if their drilling triggered tremors over 0.5 magnitude on the Richter scale.

That is vastly more restrictive than the limits imposed on other extractive industries, and put a stop to the whole business. Indeed, in 2019 Davey told a Channel 4 interviewer: ‘I’m very proud that you’re looking at the person who basically stopped the fracking industry in this country.’

But Liz Truss has immediately scrapped that rule, as part of her drive to boost British gas production: sensibly so, as the logical response to the crisis caused by over-reliance in Europe on gas from Russia is to produce more of our own.

No doubt, all this will give King Charles conniptions — and even more if Truss agrees to the onshore gas companies’ request that their projects are designated as ‘nationally strategic infrastructure’, which would short-circuit the otherwise painfully slow planning process. 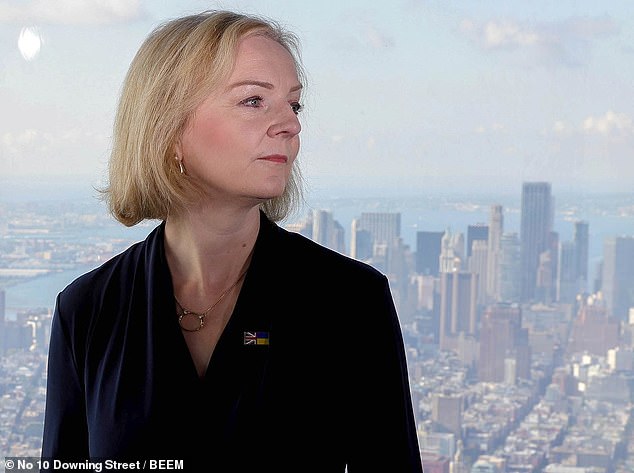 This would be in line with what the Chancellor, Kwasi Kwarteng, announced last week: a total of 40 new ‘investment zones’ across England, where existing habitat planning regulations would be eased, to promote growth.

This, along with other de-regulation promised by Liz Truss, provoked the Royal Society for the Protection of Birds to issue the following (hysterical) statement: ‘Where you live, the wildlife and places you love, from the shires to the cities — all under threat from bulldozers, from concrete.’

That might tear at King Charles’s heartstrings but it will bother Truss not one whit. In yesterday’s Mail on Sunday, she wrote that her administration would be ‘focusing relentlessly on economic growth… Everything we do will be tested against whether it helps our economy to grow or holds it back’.

For King Charles, however, growth is the problem, not the solution. He has long believed this, declaring in a speech in 2009 that ‘nature’ could not survive the quest for ‘unlimited growth’ and that ‘poverty, stress and ill-health … seem reluctant to respond to the cure of yet more consumption’.

Five years later, as Environment Secretary, Liz Truss issued a pointed rebuttal to that philosophy, criticising the call to ‘feel guilty about buying more stuff’, and adding: ‘It’s all been about having less, but it can — and should — be about having more.’

As this former declared republican (when a student politician) might have been thinking, but wouldn’t say: it’s easy for people living in inheritance tax-exempt palaces to denounce ‘having more’; but how can the state fund the better public services the public demands, if not through economic growth?

A friend who knows both Truss and King Charles quite well explained to me just how diametrically opposed the two are in their world view: ‘He is a romantic pastoralist. She is all about ruthless efficiency, and has no great attachment to the countryside: she sees it purely as a means of production.’

But will this provoke Charles to play the role demanded by Andrew Marr and the ecologically-minded British journalist Aris Roussinos? He wrote on the UnHerd website last week that ‘our constitution grants our monarch greater power than the Queen chose to exercise, and we are fortunate that our new King possesses a willingness to intercede in public life’.

My friend, who has experience of the interactions between Buckingham Palace and the Palace of Westminster, thinks not: ‘Charles will try very hard to restrain himself. And his team will help him try to hide the strength of his feelings. He will take the advice to be circumspect.

‘The thing is, even if he felt particularly upset by the policies of his Prime Minister, what could he actually do? Even if he was being implored by the RSPB or the Wildfowl And Wetland Trust to stop her plans to demolish obstacles to development in rural areas, what could he do? He might grumble over a drink with Rory Stewart [the former Tory cabinet minister who tutored Princes William and Harry], but nothing would happen.’

We have Charles’s word for that. In a television interview to mark his 70th birthday in 2018, asked if he would intervene in issues as King, in the way he did as Prince of Wales, he responded: ‘I’m not that stupid. I do realise that it is a separate exercise, being Sovereign. I understand entirely how that should operate.’

And in the week his mother died, Charles pledged to ‘maintain the precious principles of constitutional government which lie at the heart of our nation’. That, as Winston Churchill once summarised it, is ‘the separation of pomp from power’.

It would be immensely dangerous, above all for the institution of the monarchy, if Charles were seduced by Marr, or any of the King’s many admirers within the environmentalist movement, into putting what they regard as duty to the planet ahead of duty to the democratic constitutional order he has sworn to uphold.

It is true the new King has a mystical view of monarchy and its connections with the eternal interests of humanity as a whole. But a previous King Charles, convinced of the imperative of his own divine insights, paid the ultimate price for challenging Parliament.

And while it is fashionable to point out that Truss has not won a general election, her status legitimately rests on being the leader of a parliamentary majority.

It is for that body to challenge and — if the votes are there — to defeat her. The idea that King Charles should usurp any part of that function would risk everything his mother worked so long to protect.