Don Lemon choked back tears as he told how a female family member confessed to being the victim of years-old sexual assault just last week.

The CNN anchor said she texted him out of the blue while he was on holiday to say she was attacked by a boyfriend and kept silent for years because she felt ‘shame’.

Lemon also recalled outing himself as a victim on CNN back in 2010 amid the allegations surrounding Supreme Court nominee Brett Kavanaugh. 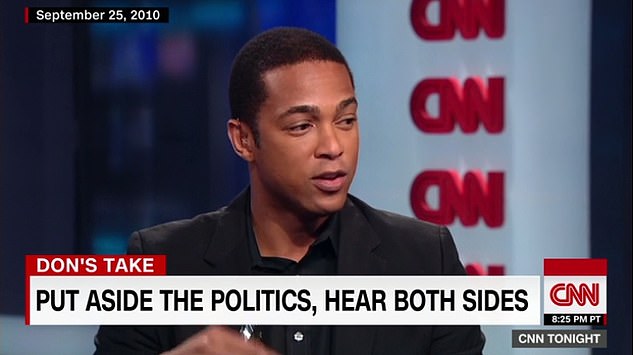 Lemon also relived his own experience of outing himself as a victim on CNN in 2010 (pictured), before saying that victims often keep silent for years

In the wake of claims by two women dating back decades, Lemon observed: ‘People, including the President, asked why they wouldn’t have talked about it sooner.

‘Well the answer is different for everyone,’ he added.

Lemon said he didn’t tell his own mother he had been a victim of an older abuser until he was 30, before outing himself on air amid a debate about pedophile priests.

In the case of his family member, Lemon said they were discussing Kavanaugh’s case when she confessed: ‘I believe her because I am a member of the MeToo movement.’

When Lemon pressed her to say why she hand’t come forward sooner, she admitted: ‘Shame. I thought he loved me.’

He said: ‘There is no standard way survivors talk about sexual assault it isn’t always a police call and a rape kit or a report filed with HR. 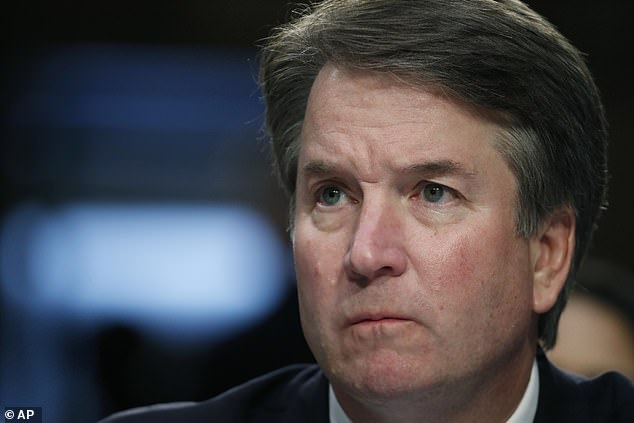 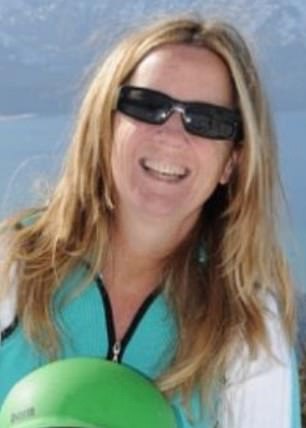 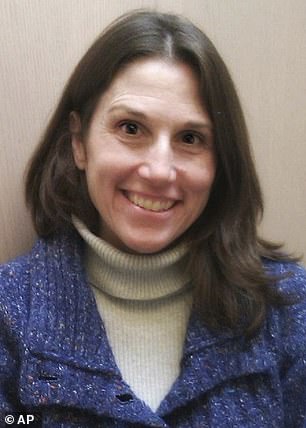 Many have questioned why Kavanaugh accusers Christine Ford (left) and Deborah Ramirez (right) didn’t come forward sooner. According to Lemon, ‘the reason is different for everyone’

‘Sometimes they don’t talk at all, for years, for decades.

‘Sometimes a little comes out in a conversation with a friend, a partner or a doctor, sometimes it comes out all at once.

‘Why is it so hard to talk about? Part of it is fear part of it is doubt. Will I be believed, will I be blamed, will I have evidence, do I have to relive what happened, will everyone judge me, and if i speak out will it even matter?

‘No-one ever wants to come forward, even to family friends or loved ones, let alone the entire country.’

Kavanaugh was nominated for the Supreme Court by President Trump in July to replace Associate Justice Anthony Kennedy, who had announced his retirement.

Following the nomination, Christine Blasey Ford came forward to accuse Kavanaugh of attempting to rape her in the early 1980s. 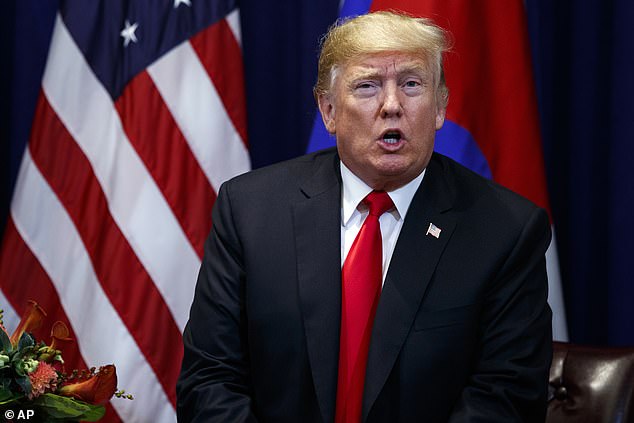 Since then a second accuser, Deborah Ramirez, has come forward to accuse Kavanaugh of exposing himself to her during a dorm party at Yale in the 1980s.

Despite the allegations, Republicans have resisted calls for a full investigation and pushed ahead with the nomination process.

President Trump has repeatedly come to the defense of his candidate while accusing the Democrats of orchestrating a ‘con-game’ against him.

He tweeted late Tuesday: ‘The Democrats are playing a high level CON GAME in their vicious effort to destroy a fine person.

‘It is called the politics of destruction. Behind the scene the Dems are laughing.

‘Pray for Brett Kavanaugh and his family!’