President Donald Trump vented Tuesday about Sen. Elizabeth Warren’s crowds, which he said were being inflated by the media, and claimed his own were ‘far bigger.’

Trump fired off the sentiment around 6 pm Tuesday, amid news coverage of growing crowds coming to see Warren – including an estimated 15,000 at her Seattle rally. It could be an indication that the Massachusetts senator is drawing some of the enthusiasm that propelled Sen. Bernie Sanders’ challenge to Hillary Clinton in 2015 and 2016.

‘They do stories so big on Elizabeth ‘Pocahontas’ Warren’s crowd sizes, adding many more people than are actually there, and yet my crowds, which are far bigger, get no coverage at all. Fake News!’ Trump complained.

His shot at Warren came as she has seen her numbers rise in the polls, including seeing herself in a virtual tie with Joe Biden and Sanders in a recent Monmouth poll.

Trump’s ‘Pocahontas’ insult is a reference to her previous documents that list her as having tribal heritage, which Warren has apologized for. 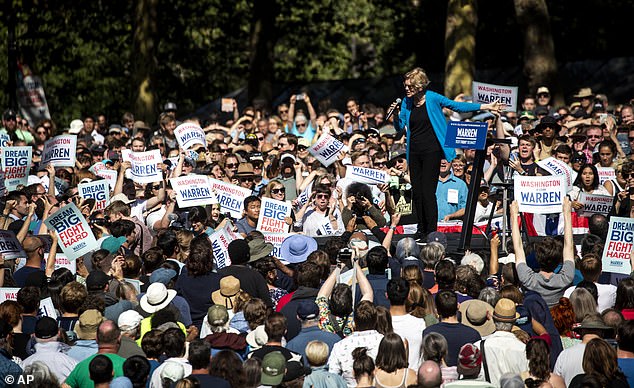 Warren’s crowds have accompanied her rise in the polls 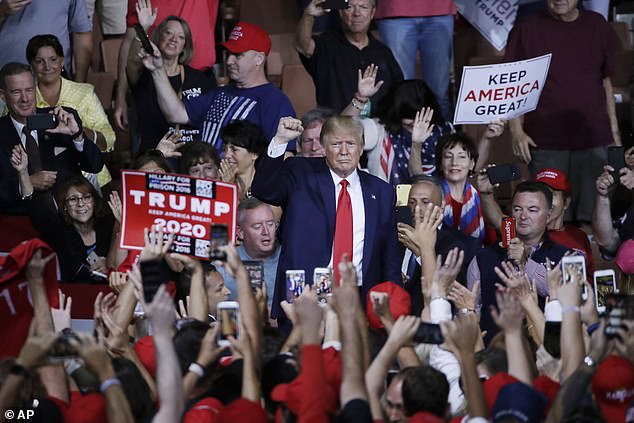 The Seattle Times reported Sunday that Warren’s staff estimated the size to be 15,000. ‘ 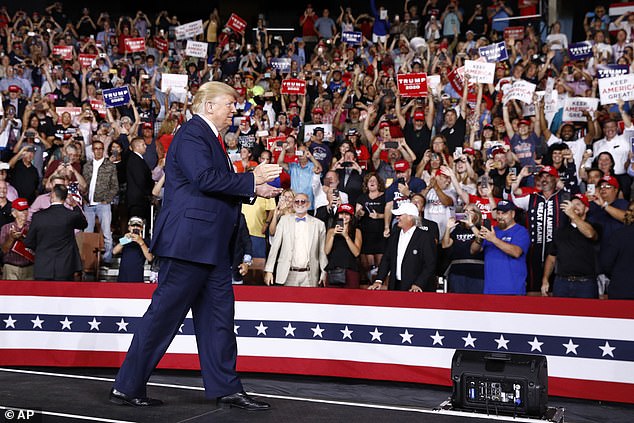 Trump clashed with the media over the size of his New Hampshire event this month, which drew thousands 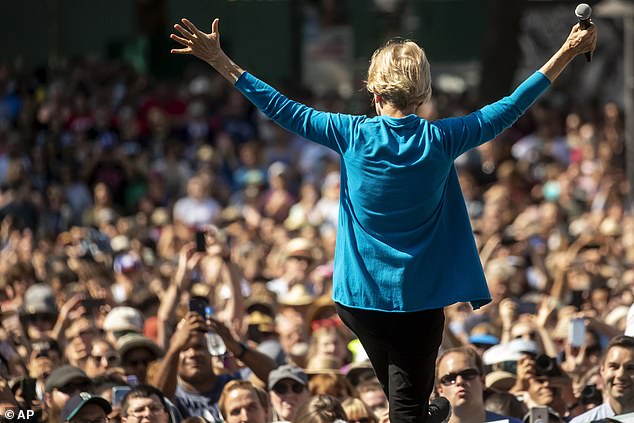 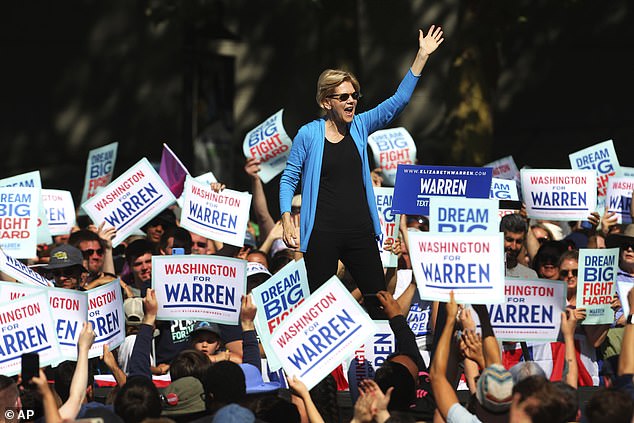 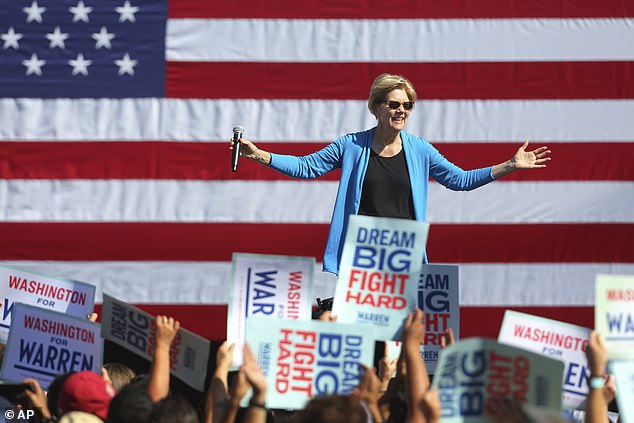 It was evidence that “people are ready for change in Washington,’ Warren told the crowd. ‘They understand they’ve got a government that’s working great for the bazillionaires but just not working for them. To change that it’s going to take all of us, nobody gets to stay on the sidelines.’

Trump is known to obsess over crowd size, including the number who turned out for his inauguration. He also bragged about the size of a recent crowd during a condolence visit after the El Paso and Dayton shootings.

Most recently, Trump blasted media figures who sent out shots of empty seats at his New Hampshire rally. It turned out that the rally did as Trump said shatter a record set at the venue by rock star Elton John.