President Donald Trump attacked basketball star LeBron James during an extended interview with conservative radio host Rush Limbaugh, calling James a ‘hater’ shortly before he was set to suit up for his team’s NBA playoff game.

Trump, who remains at the White House following his positive test for COVID-19, tore into the player who has lent his star power to protests of police use of deadly force while also delving into politics and the charged issue of voter suppression.

‘The NBA has become so political that nobody cares about it anymore,’ Trump said in an interview where he also dropped an F-bomb while ripping Iran and said he was no longer taking any medication.

‘I don’t even know who’s playing in the finals,’ he said, on the night of a Game 5 of the series between James’ Lakers and the Miami Heat.

‘I don’t know anybody that’s watching the NBA’

‘LeBron is a spokesman for the Democratic party and a very nasty spokesman,’ Trump said, tacking on one of his favorite insults: ‘I don’t know him, I never met him.’ 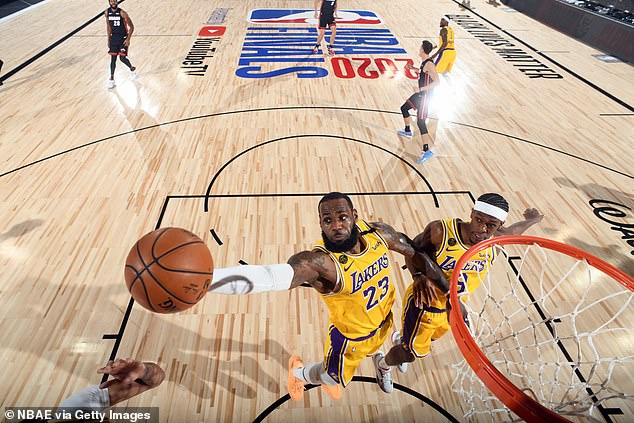 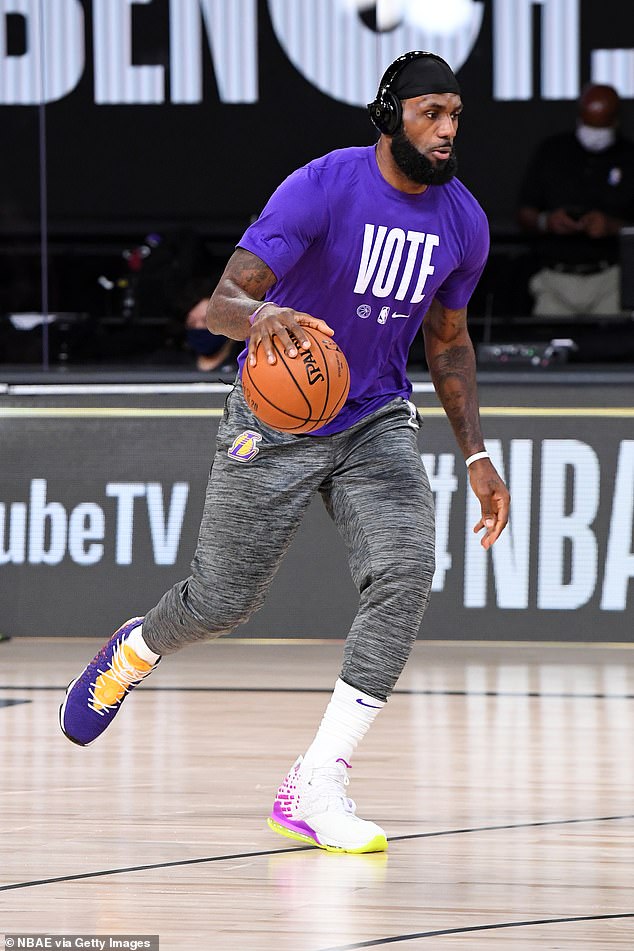 James is pushing voter turnout and fighting voter suppression. He endorsed Hillary Clinton in 2016. Trump made fun of Clinton for being much shorter than the 6’9′ James 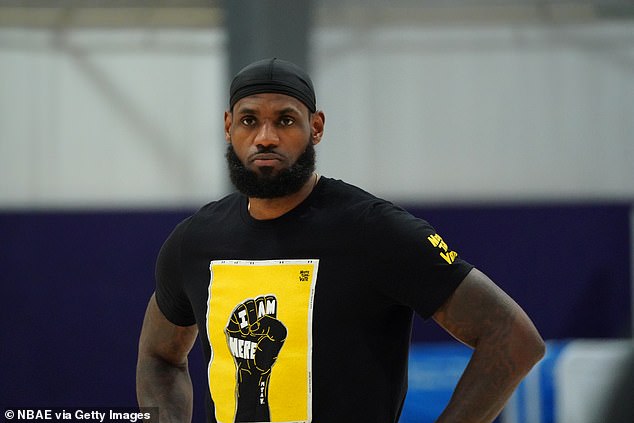 LeBron James of the Los Angeles Lakers looks on during practice and media availability as part of the 2020 NBA Finals on October 5, 2020 at AdventHealth Arena at ESPN Wide World of Sports Complex in Lake Buena Vista, Florida 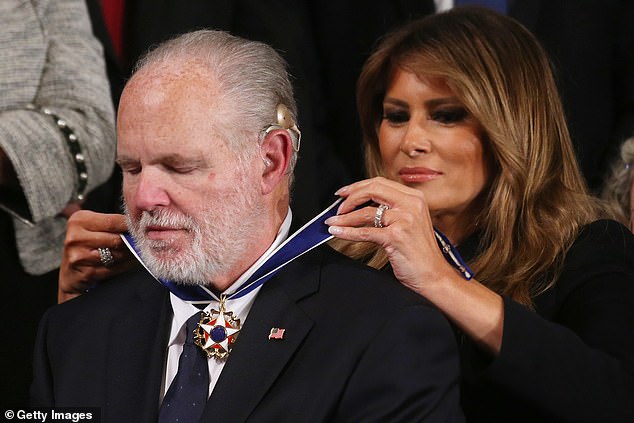 Trump made the comment while on air with conservative host Rush Limbaugh, who was given a Medal of Freedom by first lady Melania Trump during the State of the Union in February 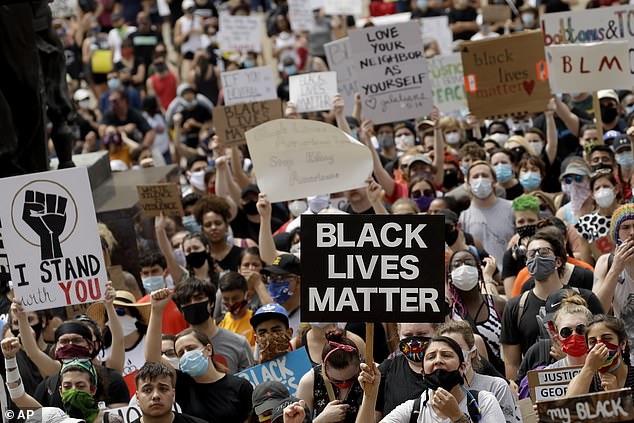 Trump also attacked 2016 rival Hillary Clinton for failing to measure up to the 6’9′ player.

‘She came up to his knee,’ added Limbaugh, laughing.

After Trump called James ‘angry’ Limbaugh added: ‘They are. They are angry.’

It was one of many topics Trump brushed on while gabbing with Limbaugh. Trump hasn’t been seen in public since arriving back at the White House Monday night. He is planning to hold a rally at the White House Saturday despite the string of White House officials and advisors who have tested positive for COVID-19.

Then Trump called Black Lives Matter, a group that came to prominence after the police killing of George Floyd in Minneapolis, a ‘Marxist’ organization.

‘And now I understand — don’t forget, Black Lives Matter, what was Black Lives Matter? Pigs in a blanket, fry ’em like bacon. The first time I ever heard of Black Lives Matter, I said that’s such a terrible term because it’s such a racist term. It’s a term that sows division between blacks and whites and everybody else. And it’s a very bad term, for blacks. But they were very angry. It’s a Marxist organization,’ he said.

The group experienced a burst of national popularity, then saw its approval dip among nationwide protests, some of which featured violence. Local governments in New York and Washington embraced the message, and the slogan is painted on streets in front of the White House and on Fifth Avenue in front of Trump Tower.

James, who did endorse Clinton in 2016, has been using his celebrity not only to push Black Lives Matter to in a nationwide call for voter registration.

He helped form nonprofit More Than A Vote to fight black voter suppression and pitched it to his more than 100 Twitter and Instagram followers.

Last August, amid controversy after NBA players who said they would kneel during the National Anthem after the killing of Floyd, Trump said he wouldn’t watch NBA games.

‘I really don’t think the basketball community are sad about losing his viewership, him viewing the game,’ James responded at the time. ‘And that’s all I got to say.’