President Donald Trump on Monday touted ‘great reviews’ for his administration’s handling of the coronavirus – even as he complained he gets ‘no credit’ for making governors look good with a crash program to get medical gear.

Trump sent out the tweet as the nation ticked closer to the disturbing milestone of 100,000 deaths due to the coronavirus, which has shattered lives, stretched the U.S. medical system, and thrown the economy into shock.

‘Great reviews on our handling of Covid 19, sometimes referred to as the China Virus,’ Trump wrote – return to a term he mostly abandoned as tensions with China rise over its plan to impose a strict new law on Hong Kong.

‘Ventilators, Testing, Medical Supply Distribution, we made a lot of Governors look very good – And got no credit for so doing,’ Trump groused.

‘Most importantly, we helped a lot of great people!’ He was referring to the effort to procure ventilators, masks and other gear as hospitals faced a crush of patients when COVID-19 hit. 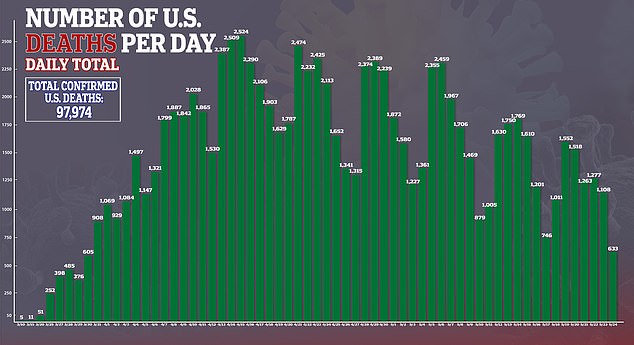 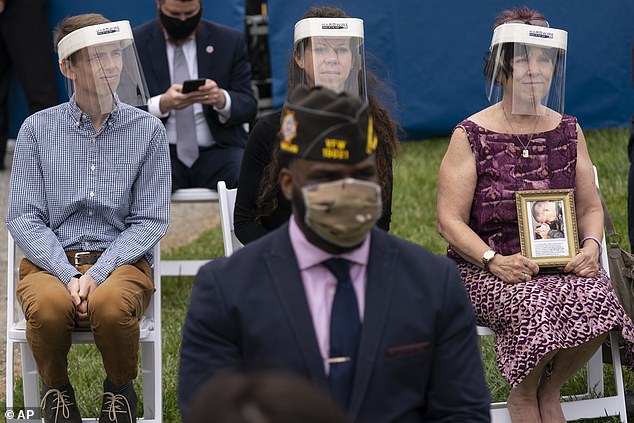 Audience members wait for the arrival of President Donald Trump and first lady Melania Trump to a Memorial Day ceremony at Fort McHenry National Monument and Historic Shrine, Monday, May 25, 2020, in Baltimore

The president both touted ‘great reviews’ and claimed he got ‘no credit’ for making governors ‘look very good.’ His tweet came as U.S. deaths from the disease approached 100,000 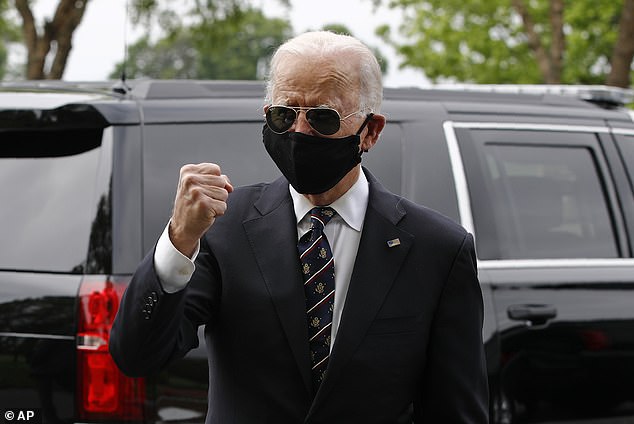 Trump accused rival Joe Biden of being weak on China. 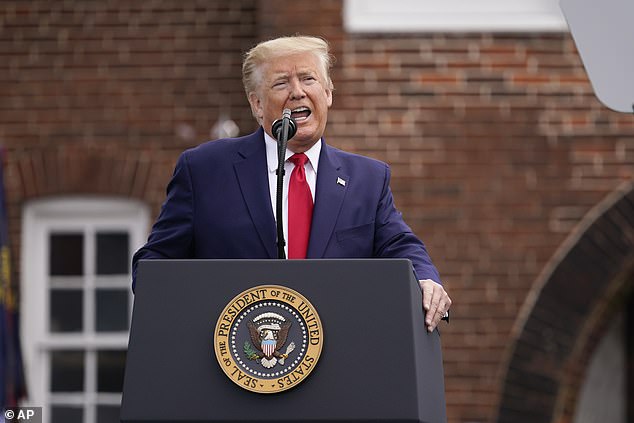 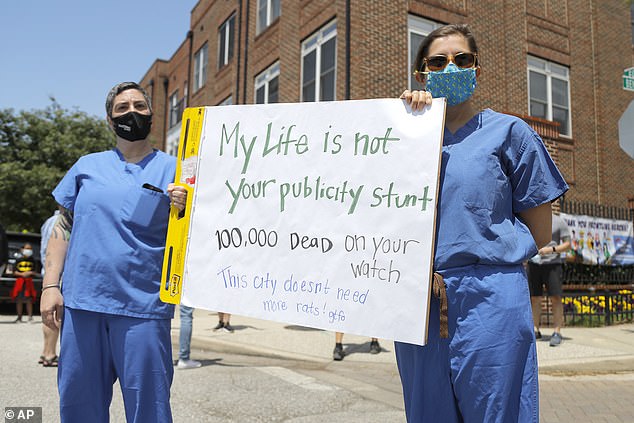 Nurses hold a sign in the neighborhood adjacent to Fort McHenry National Monument and Historic Shrine, where President Donald Trump attends a Memorial Day ceremony, Monday, May 25, 2020, in Baltimore

Then, Trump went on a Memorial Day attack on rival Joe Biden, who emerged from hohis Delaware home for the first time in weeks to lay a wreath at a veterans cemetary, on a day Trump paid a visit to Arlington Cemetery.

‘Nobody in 50 years has been WEAKER on China than Sleepy Joe Biden. He was asleep at the wheel. He gave them EVERYTHING they wanted, including rip-off Trade Deals. I am getting it all back!’ Trump tweeted.

Trump once again touted his ban on flights from China, which initially affected Chinese nationals but not U.S. nationals traveling from the hotspot. Trump later put a ban on travel from Europe, and this week it was extended to Brasil amid an outbreak there.

‘Sleepy Joe Biden (mostly his reps.) went crazy when I banned, in late January, people coming in from China. He called me “xenophobic” & then went equally “nuts” when we let in 44,000 people – until he was told they were American citizens coming home. He later apologized!’ Trump claimed.

Trump has previously claimed Biden sent him a letter of apology but has never produced one.  The Biden camp says it never happened.

On the day Trump institute the restrictions, January 31, Biden accused him of ‘hysterical xenophobia’ and ‘fear-mongering.’ But he has used the slams before, and did not directly connect it to the travel ban.

Biden tweeted over the weekend that Trump ‘wasn’t prepared’ for coronavirus.

‘The presidency is about a lot more than tweeting from your golf cart. It requires taking on the ultimate responsibility for the biggest decisions in the world. Donald Trump simply wasn’t prepared for that. I promise you I will be,’ he wrote.

Trump tweeted about his response as U.S. deaths inched toward 98,000 and infections were more than 1.6 million.

It came hours after he threatened to yank the GOP convention from Charlotte unless the state’s Democratic governor, Roy Cooper, provides a commitment that he will allow a ‘fully occupied’ convention. 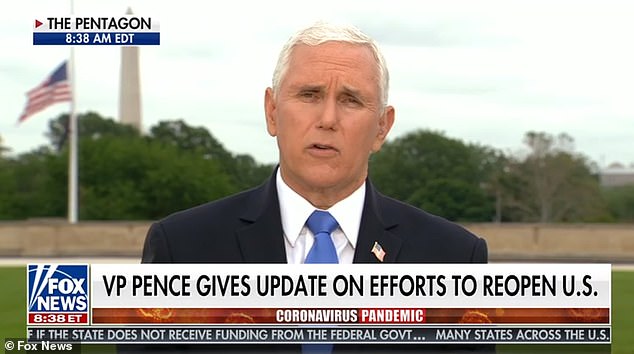 In an interview with Fox & Friends on Monday, Vice President Mike Pence says the United States has made ‘real progress’ in stopping the spread of COVID-19 and insists the country is on the ‘far side of the epidemic’ 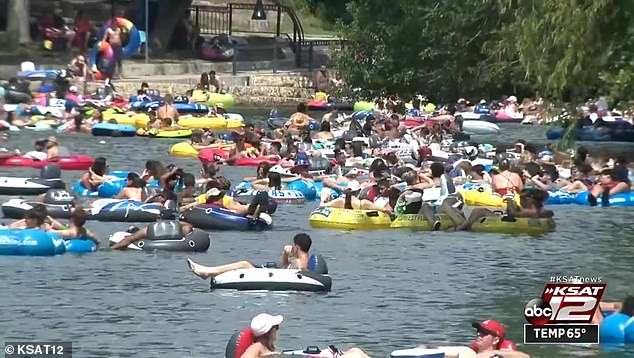 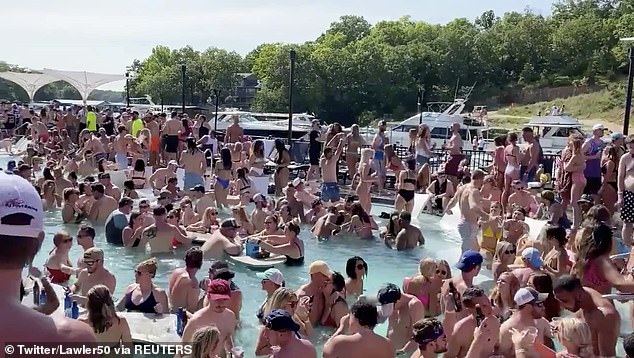 ‘Hospitalizations are declining, we’ve seen a steady decline in cases across the country and fatalities continue to decline.

‘We are on the far side of this epidemic in many of the places most impacted and that’s given us an opportunity not just to issue, as we did now more than a month ago, the guidelines to open America up again.’

Trump earlier during a speech at Fort McHenry said the nation would vanquish the coronavirus.