Donald Trump is considering a new proposal that would prevent U.S. citizens and legal residents from returning to the United States, if it is believed they may be infected with coronavirus.

Many countries have already put travel restrictions in place, and some have closed their borders, but most permit their own citizens to return.

Federal agencies have been asked to submit feedback on the proposal to the White House by Tuesday, the New York Times reported on Monday.

Donald Trump, pictured on Monday, is said to be considering a proposal to restrict entry to citizens and legal residents 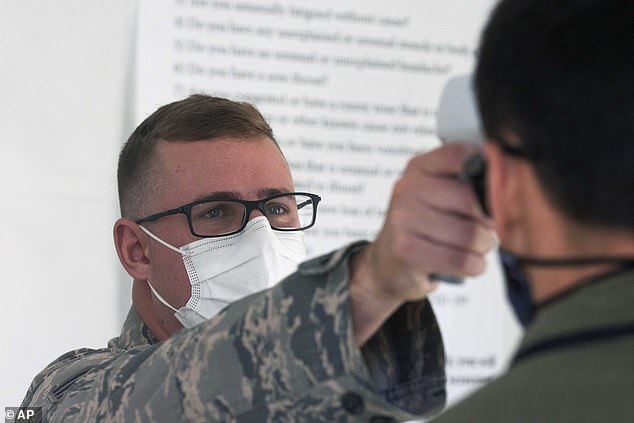 The plan would see U.S. citizens barred from entering the country from COVID hot spots

Currently the United States bans entry from Brazil, China, Europe and the U.K, except for legal residents and citizens.

New Zealand does not allow anyone other than citizens to return from anywhere – and citizens must enter a government-run hotel for quarantine.

Japan has, since April, blocked permanent and long-term residents from returning. Citizens can still enter.

Under the new proposal, which relies on existing legal authorities of the Centers for Disease Control and Prevention, the government could block a citizen or legal resident from crossing the border into the United States if an official ‘reasonably believes that the individual either may have been exposed to or is infected with the communicable disease.’

The draft, parts of which were obtained by The Times, explicitly says that any order blocking citizens and legal permanent residents must ‘include appropriate protections to ensure that no Constitutional rights are infringed.’

And it says that citizens and legal residents cannot be blocked as an entire class of people. 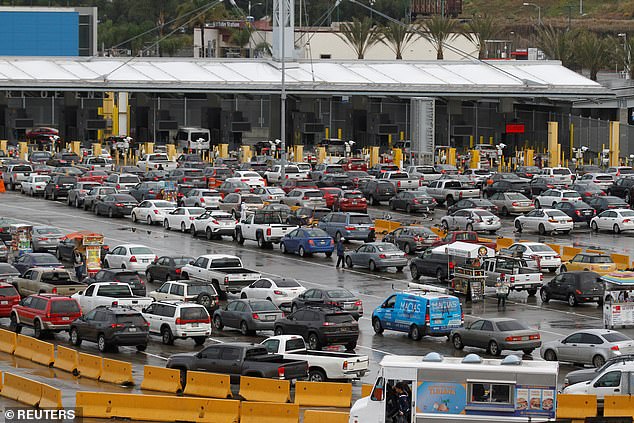 Cars line up to cross the U.S.-Mexico border between Tijuana and San Diego 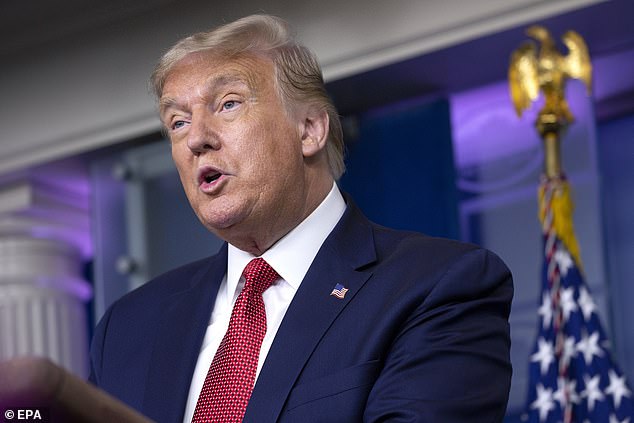 The president is yet to make a decision on the plan, which would have a huge impact

The documents do not specify how long a citizen or legal resident would be required to remain outside of the United States.

The draft memo says the prohibition on the introduction of U.S. citizens or legal residents from abroad would apply ‘only in the rarest of circumstances,’ and ‘when required in the interest of public health, and be limited in duration.’

The rule would have dramatic implications for the southern border, where U.S. citizens and legal residents frequently cross into Mexico and back.

Canada closed its border with the United States on March 21, and only Canadian citizens can cross.