Jason Miller, the controversial former adviser to Donald Trump, has returned to the president’s campaign to help with strategy leading into November’s election.

That role also includes being a morning briefer to Trump on the political news of the day, according to a report in Axios, and translating what the president says into ‘political action.’

But the Trump campaign pushed back on that report.

‘Jason is one of the many people who talks to President Trump,’ an official with the campaign told DailyMail.com.

Jason Miller, the controversial former adviser to Donald Trump, has returned to the president’s campaign to help with the final stretch 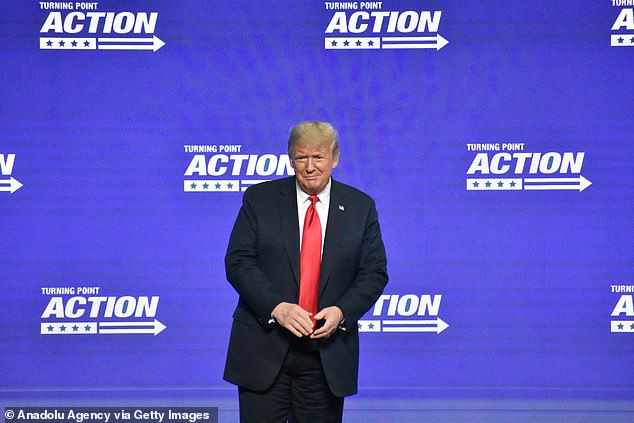 Jason Miller’s role includes briefing President Trump in the mornings on the political news of the day, according to a report in Axios but the Trump campaign pushed back on that 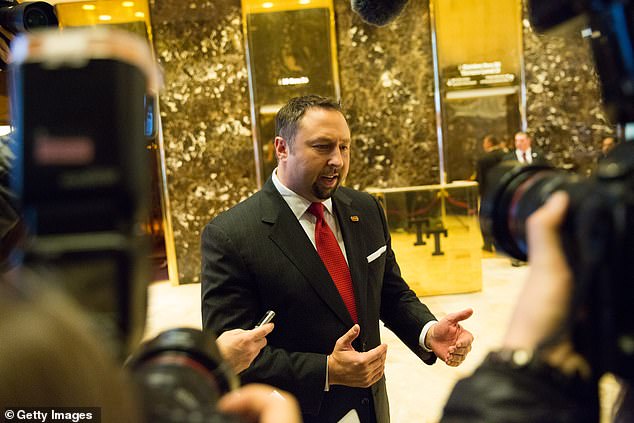 Jason Miller briefing reporters in Trump Tower shortly after Donald Trump won the 2016 election, Miller was named White House communications director but left the role before formally beginning the job after he was revealed to have a son with a former colleague while his wife was pregnant

Trump has pumped up his campaign team as polls show him trailing Democratic rival Joe Biden. A New York Times/Siena College poll out Wednesday had Biden ahead of Trump by 14 points.

The campaign announced Wednesday that deputy White House press secretary Hogan Gidley was moving to the campaign to be its spokesperson. Gidley has close ties to many officials in the White House – including Trump son-in-law and White House senior adviser Jared Kushner, who is keeping a close eye on the campaign.

Miller was one of Trump’s top advisers on his successful 2016 presidential campaign but he resigned from his position as incoming White House communications director on Christmas Eve 2016 – before Trump even took the oath of office.

He was sidelined by problems in his personal life, including revelations of an extramarital affair.

He fathered a son in July 2017 with fellow Trump campaign adviser A.J. Delgado, who claimed he demanded she abort the baby they conceived while his wife was also pregnant. The two went through a bitter custody battle that continues.

They met on the campaign and Miller was her direct supervisor.

‘Miller is in the midst of a very ugly legal battle over the fact that he sends $500 in child support,’ she wrote on Twitter Wednesday.

Miller is married and has two daughters with his wife Kelly Miller, who gave birth to their second girl around the same time his son was born.

Delgado, one of Trump’s key female Hispanic campaign advocates, said Miller misled her during their October 2016 relationship by claiming he was getting divorced from his wife.

In reality, however, Miller’s wife was six months pregnant at the time and they were not separated.

Miller and Delgado’s names were linked during the campaign in October 2016 when it was reported they went to a strip club in Las Vegas with members of the media the night before Trump debated rival Hillary Clinton.

Trump and Miller have remained close even though he didn’t join the president’s administration. Miller has a long history in Republican politics, having worked for Senator Ted Cruz and former New York City Mayor Rudy Giuliani.

‘Every day I strive to become a better husband, a better father and a better person, and I am humbled by the opportunity for a second chance to serve President Trump,’ Miller told Politico earlier this month in a statement after he rejoined the president’s campaign. 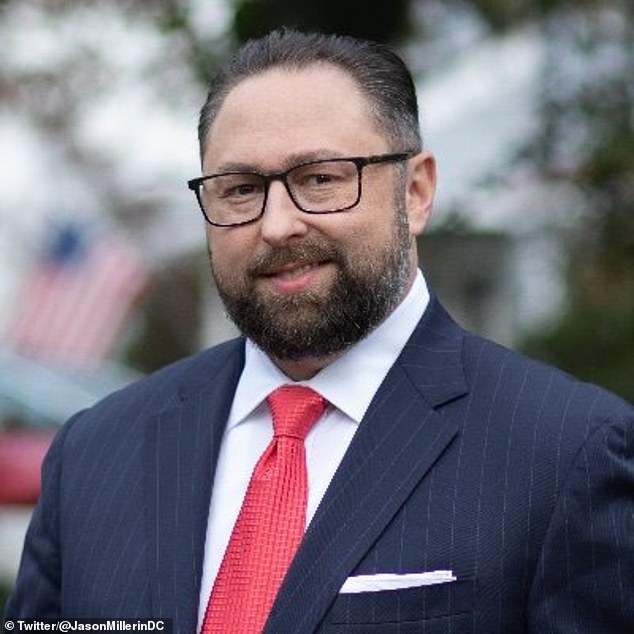 Jason Miller is in a bitter custody battle with former Trump campaign aide A.J. Delgado, with whom he had a son in July 2017

He has not been without controversy.

In July 2019, Miller admitted to paying for sex with prostitutes and visiting so-called ‘rub and tug’ massage parlors.

The admissions came in a deposition released by Mediaite in Miller’s ongoing defamation lawsuit against Gizmodo, which last year reported on allegations that he had secretly slipped a stripper abortion medication after impregnating her.

Miller has strongly denied the unverified abortion claim, which was put forward by Delgado in their bitter custody battle over their son.

However, in the May 30 deposition Miller confesses that he had visited escorts and ‘Asian-themed’ massage parlors for paid sex acts over the years, including in states where prostitution is illegal.

Miller filed a $100 million defamation suit against Gizmodo that remains ongoing. He lost his job as a CNN commentator after its original report was published.

Additionally, Miller left a job at as a managing director at Teneo – the ‘CEO advisory firm’ run by longtime Bill Clinton aide Doug Band – in June 2019 after a profanity-filled tweet storm attack on Congressman Jerry Nadler.

He called Nadler ‘fat and nasty’ – along with using an expletive – in response to Nadler’s treatment of former White House communications director Hope Hicks during her testimony before the House Judiciary Committee.

Miller, who worked with Hicks on the 2016 campaign, fired off a number of tweets criticizing Nadler.

‘Don’t harass Hope and then try to play nice. You’re gross,’ he wrote.

He said he left Teneo by ‘mutual consent.’