Former president Donald Trump wasted no time to celebrate after being informed the January 6th’s committee has withdrawn his subpoena to testify as the investigation begins to wind down.

The panel’s chairman, Missouri Democrat Bennie Thompson, informed Trump’s lawyers that the former president will no longer be ‘obligated to comply or produce records’ that were originally requested.

‘In light of the imminent end of our investigation, the Select Committee can no longer pursue the specific information covered by the subpoena,’ it read.

The letter, which was screenshotted and posted by Trump’s lawyer, went on to ‘formally withdraw’ the subpoena, which was issued in October for documents and testimony related to the January 6, 2021 US Capitol attacks.

Trump could not hold back his glee in a post on his TruthSocial platform writing in part: ‘The probably did so because they knew I did nothing wrong, or they were about to lose in court.’

As news of the withdrawn subpoena emerged, Trump said: ‘The probably did so because they knew I did nothing wrong, or they were about to lose in court’

On his Twitter replicant site, Trump also referred to the January 6th committee as an ‘unselect committee of political thugs’ and said they were investigating ‘the January 6th Protest of the CROOKED 2020 Presidential Election.’

His message concluded with the words: ‘Perhaps the FBI’s involvement in RIGGING the Election played into their decision. In any event, the Subpoena is DEAD!’

While on Twitter, one of Trump’s lawyers, Harmeet K. Dhillon, said: ‘After my firm filed suit on separation of powers grounds to block January 6 House Select Committee’s illegitimate subpoena to President Trump over his activities while president — the committee waved the white flag & withdrew subpoena.’

Dhillon went on: ‘We were confident of victory in court, given precedent & refusal of prior presidents to testify in Congress. J6 committee wasted millions for a purely political witch-hunt, total abuse of process & power serving no legitimate legislative purpose.’

The conservative attorney also posted a screenshot of the letter issued by Bennie Thompson. Dhillon is among those who is running to become the next leader of the Republican National Committee.

CNN reports also that a number of other subpoenas, including one to the Republican nominee for governor of Pennsylvania, Doug Mastriano, have also been dropped. 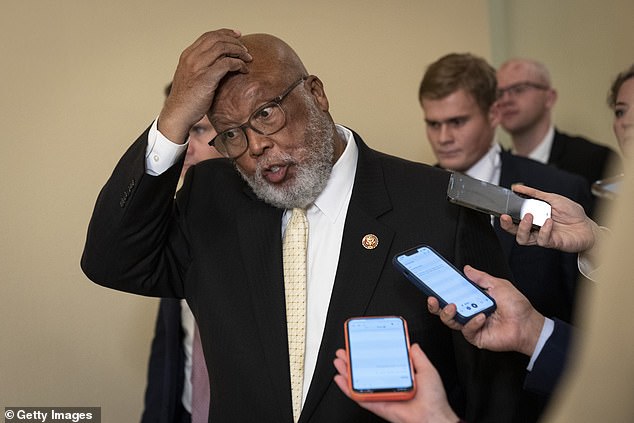 It was the panel’s chairman, Missouri Democrat Bennie Thompson, who informed Trump’s lawyers that: ‘In light of the imminent end of our investigation, the Select Committee can no longer pursue the specific information covered by the subpoena’ 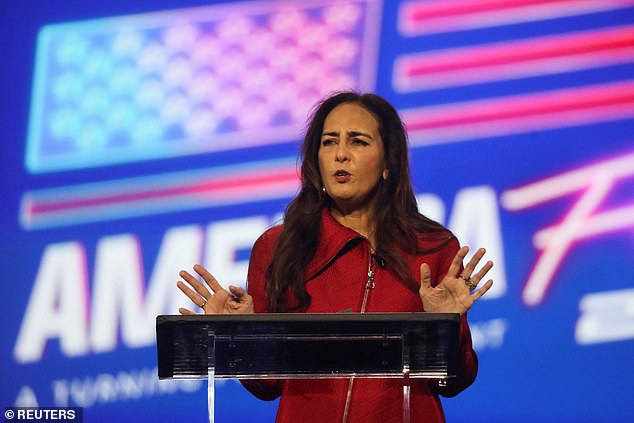 One of Trump’s lawyers, Harmeet K. Dhillon, wrote on Twitter that she was ‘confident of victory in court’ in preventing Trump from being forced to testif 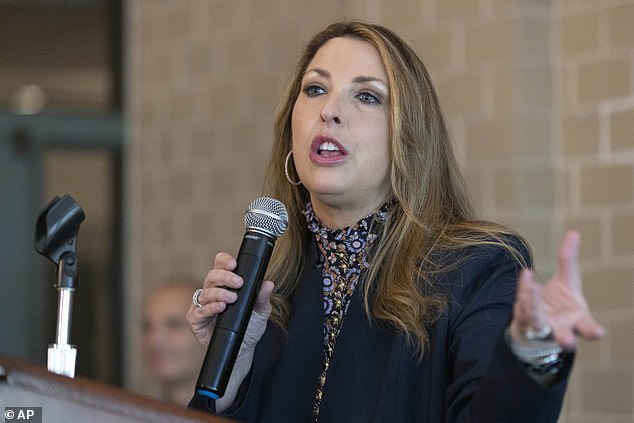 In October, Trump was subpoenaed for testimony and documents, including phone calls, texts and emails,  regarding the Capitol riot on January 6th, 2021. Following the subpoena, Trump sued to avoid being forced to testify.

At the time of his original summons, his lawyer Alina Habba said that the former Apprentice host would appear because he had ‘nothing to hide.’ The panel said at the time that they were aware issuing a subpoena to a president was ‘a significant and historic action.’

The committee’s 800 plus page final report was published last week. It found that Trump was the ‘central cause’ of a ‘multi-part conspiracy’ with regard to the contesting of the 2020 presidential election results.

Prior to the release of that report, the committee referred Trump to the Department of Justice relating to four potential criminal charges, inciting or assisting an insurrection, obstruction of an official proceeding, conspiracy to make false statements to investigators and conspiracy to defraud the US government.

In relation to the charges, the DOJ appointed special counsel Jack Smith to lead the investigation.

The committee will be formerly disbanded when the new Congress takes over and the Republican Party seizes control. The body had also recommended that Trump be forbidden from holding public office. 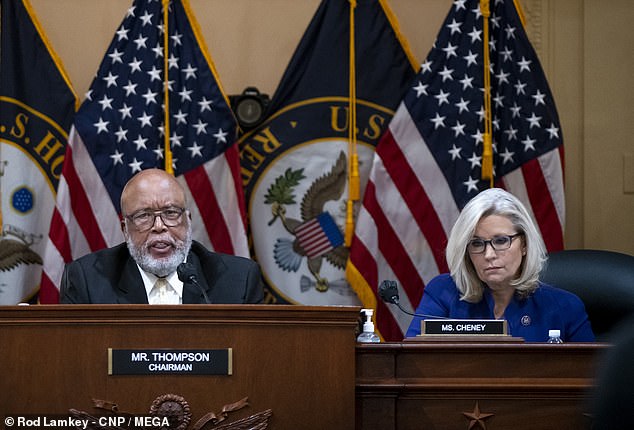 Thompson seated beside Rep. Liz Cheney, the vice chairwoman of the committee, she wrote in her final report that Trump was ‘unfit for any office’

In the final report, Rep. Liz Cheney wrote that Trump ‘is unfit for any office.’

Posting on his social media site, Trump called the report ‘highly partisan’ and falsely claimed it didn’t include his statement on Jan. 6 that his supporters should protest ‘peacefully and patriotically.’

The committee did include that statement, noting that he followed it with election falsehoods and charged language exhorting the crowd to ‘fight like hell.’

Congress on Friday gave final passage to legislation changing the arcane law that governs the certification of a presidential contest, the strongest effort yet to avoid a repeat of Donald Trump’s violence-inflaming push to reverse his loss in the 2020 election.

The House passed an overhaul of the Electoral Count Act as part of its massive, end-of-the-year spending bill, after the Senate approved identical wording Thursday. The legislation now goes to President Joe Biden for his signature.

Biden hailed the provisions’ inclusion in the spending bill in a statement Friday, calling it ‘critical bipartisan action that will help ensure that the will of the people is preserved.’