President Donald Trump launched a new conspiracy theory Monday to raise fears about mail-in ballots, this time claiming foreign countries would print up ‘millions’ of fake ballots to try to shift the outcome of the election.

He also made the claim that the 2020 election would be rigged through foreign interference – at a time he is struggling in the polls.

Trump made the claim on Twitter, days after revealing his fear that losing litigation over expansion of mail ballots was the greatest risk to his campaign. His attorney general has warned that mail ballots – which five states rely on entirely for their elections – ‘open the floodgates’ to fraud.

‘RIGGED 2020 ELECTION: MILLIONS OF MAIL-IN BALLOTS WILL BE PRINTED BY FOREIGN COUNTRIES, AND OTHERS. IT WILL BE THE SCANDAL OF OUR TIMES! ‘ Trump wrote on Twitter.

His all-caps warning came after the Trump campaign was shocked by the poor turnout at Trump’s Tulsa rally, after facing a week of concerning national and swing state polls.

Trump in another tweet referred to mail voting as ‘stupid’ and pointed to successful elections during two World Wars, when the home-front was basically secure.

‘Because of MAIL-IN BALLOTS, 2020 will be the most RIGGED Election in our nations history – unless this stupidity is ended. We voted during World War One & World War Two with no problem, but now they are using Covid in order to cheat by using Mail-Ins!’ 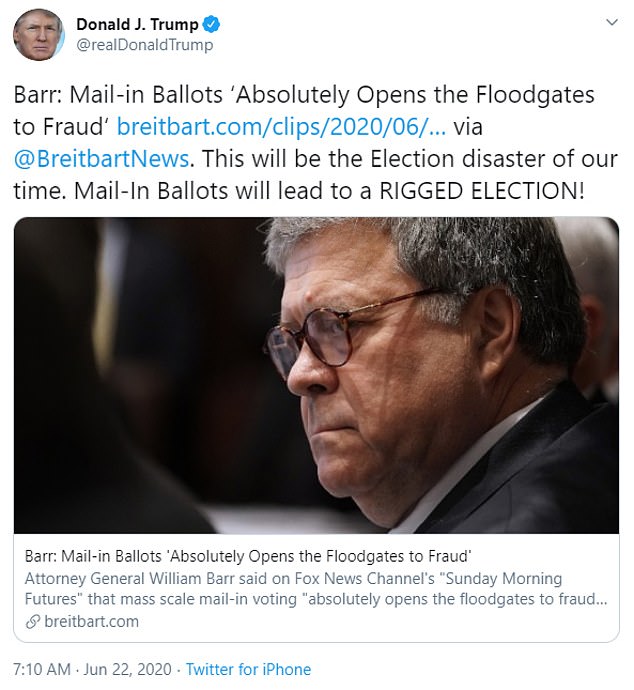 Trump predicted the 2020 election, where his presumed opponent is Joe Biden, ‘will be the most RIGGED Election’ in the nation’s history 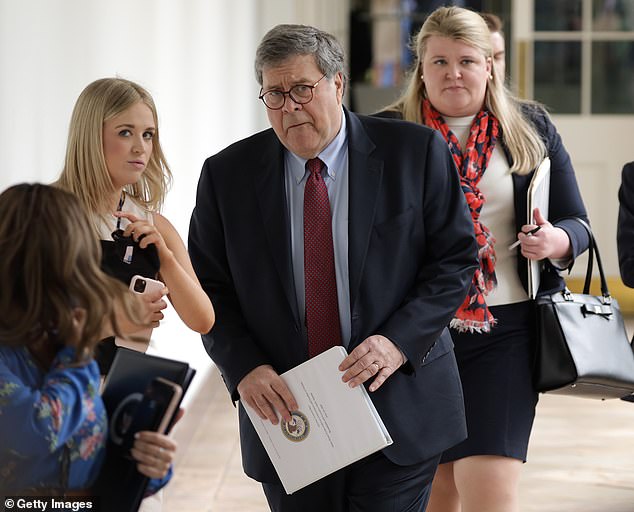 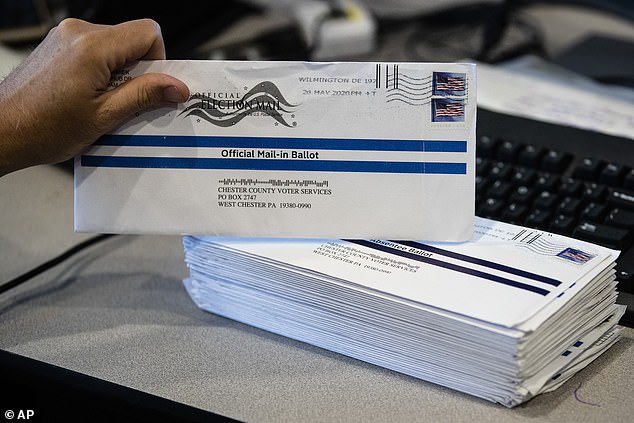 In this May 28, 2020, file photo, Dave Turnier processes mail-in ballots at at the Chester County Voter Services office in West Chester, Pa., prior to the primary election. The civic ritual of casting a ballot has been disrupted by a global pandemic and dramatically animated by social unrest 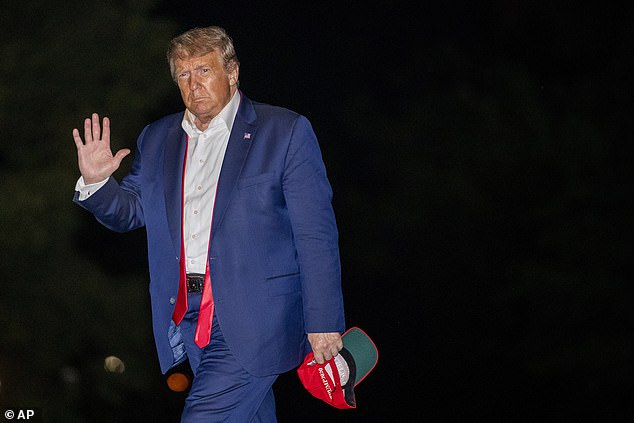 President Donald Trump walks on the South Lawn of the White House in Washington, early Sunday, June 21, 2020, after stepping off Marine One as he returns from a campaign rally in Tulsa, Okla. 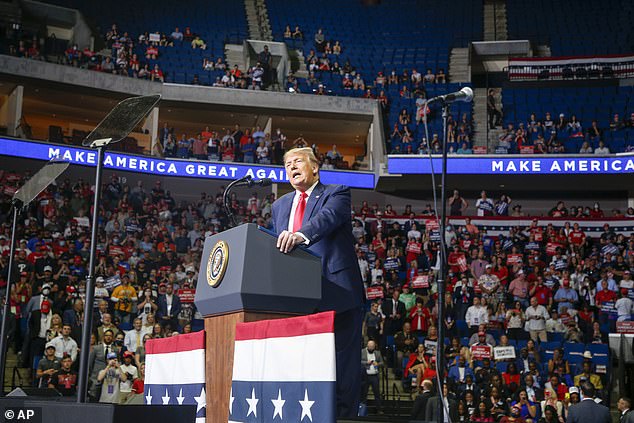 President Trump and first lady Melania Trump both voted by mail, and White House press secretary Keyleigh McEnany also voted by mail, all in Florida, where Trump switched his residency from New York.    ‘

‘I am worried about a number of things going into the election. One – the censorship of robust debate, I’m also worried about the undermining the public confidence in the integrity of the elections,’ Barr told Fox News and Fox Business interviewer Maria Bartiromo in an interview that aired Friday.

‘The thing we have going for us especially when there is intense division in the country is that we have peaceful transfers of power and our way of resolving it is to have an election. But when state governments start adopting these practices like mail in ballots that open the floodgates of potential fraud then people’s confidence in the outcome of the elections is going to be undermined,’ he added.

Trump has repeatedly claimed that mail-in balloting, which is getting a boost amid the coronavirus pandemic, has seen widespread fraud, although he hasn’t cited studies about it.

He warned in an interview published Friday that efforts to open up the vote to more mail-ballots the ‘biggest risk’ he faces.

‘My biggest risk is that we don’t win lawsuits,’ Trump told Politico.

‘We have many lawsuits going all over. And if we don’t win those lawsuits, I think — I think it puts the election at risk,’ Trump said.