President Donald Trump made an unannounced visit to Afghanistan on Thanksgiving to greet U..S troops and meet with Afghan President Ashraf Ghani to discuss a Taliban ceasefire.

It is his first visit to that country.

‘There is nowhere that I’d rather celebrate this Thanksgiving than right here with the toughest, strongest best and bravest warriors on the face of the Earth,’ Trump told troops. 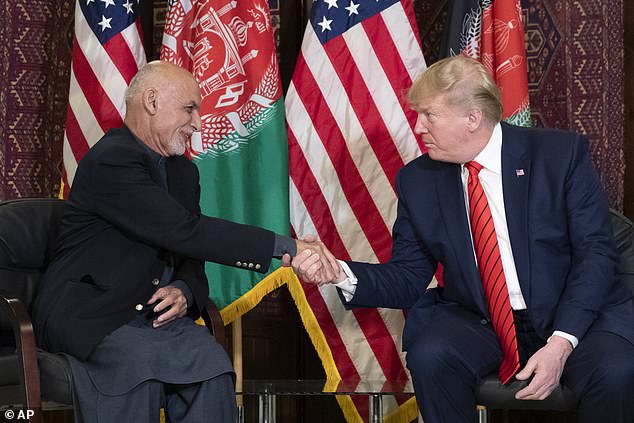 The president landed at Bagram Air Field, the largest U.S. base in Afghanistan. The first lady did join him. He made a surprise visit to Iraq last Christmas with first lady Melania Trump.

He served turkey to troops in a cafeteria, posed for photos with them and delivered brief remarks in a hanger.

The president stood behind a serving counter to distribute turkey on a plate and then handed plates to troops.

He praised the food to the soldiers and told them: ‘You’ll come back’.

After he made his remarks he sat down at a table of soldiers, eating turkey, mashed potatoes and cornbread. 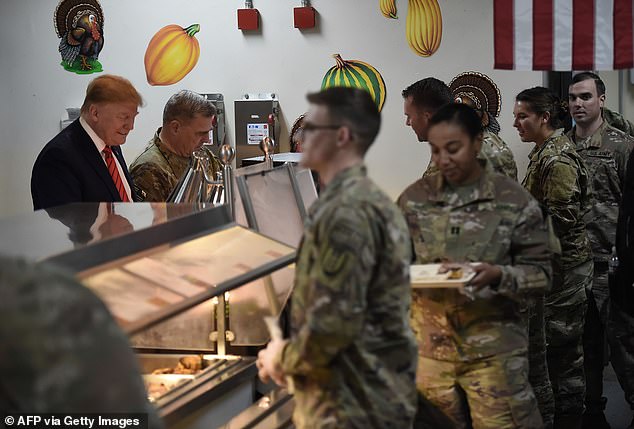 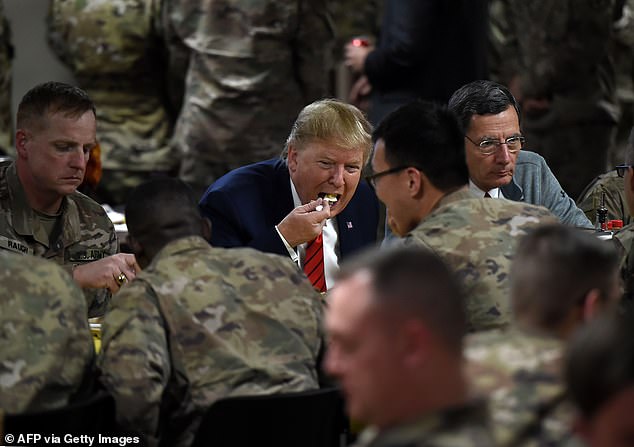 Military personnel said there were about 500 troops in the rooms to greet the president.

Additionally, President Trump held a bilateral meeting with Afghan President Ashraf Ghani in which he announced he has restarted peace negotiations with the Taliban.

Trump also said that he believes the Taliban wants a ceasefire. And he confirmed he would like to reduce the number of U.S. troops in Afghanistan to 8,600.

‘It’s a dangerous area and he wants to support the troops,’ Grisham said of the visit. ‘He and Mrs. Trump recognize that there’s a lot of people far away from their families during the holidays and we thought it’d be a nice surprise.’

‘It’s truly about Thanksgiving and supporting the troops,’ Grisham responded when asked about the political message of the trip. 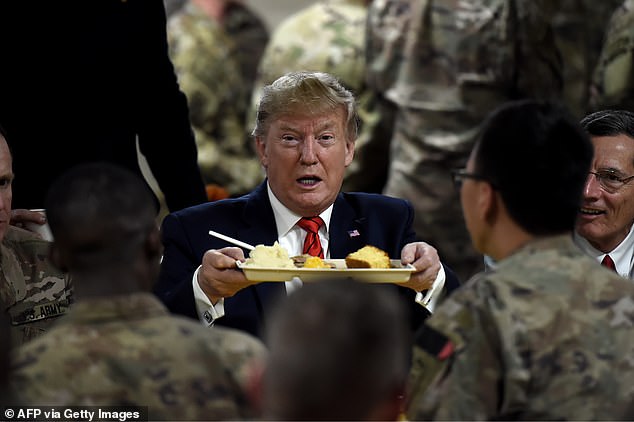 Trump joined the troops for a meal, eating turkey, cornbread and mashed potatoes 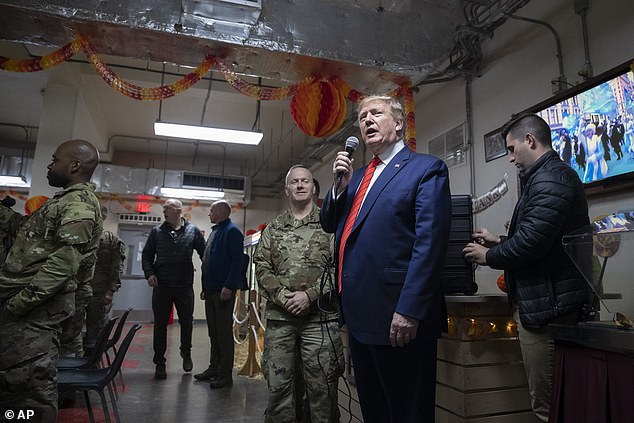 Trump speaks to troops in Afghanistan

When asked how the president was feeling, Grisham responded: ‘He’s good. He’s excited.’

Grisham told reporters that the trip has been planned for weeks.

Trump invited Barrasso, a member of the Senate Foreign Relations Committee who regularly travels to Afghanistan, on the trip when the two saw each other recently in New York, she said.

The president secretly flew from Florida to Andrews Air Force Base after night fell Wednesday, but the White House declined to release details of his trip.