President Donald Trump on Monday teased giving his own Gettysburg address by using the site of the famous Civil War battle field to give his acceptance speech for the Republican National Convention.

Trump also has mulled giving his speech, which is his formal acceptance of the Republican nomination for a second term, at the South Lawn of the White House, which has raised questions about the propriety of using the president’s home for a campaign event and violations of the Hatch Act.

Now Trump has added another federal property – the Gettysburg National Military Park is part of the National Park Service – to the list of location possibilities for his August 27 address.

‘We have narrowed the Presidential Nomination Acceptance Speech, to be delivered on the final night of the Convention (Thursday), to two locations – The Great Battlefield of Gettysburg, Pennsylvania, and the White House, Washington, D.C. We will announce the decision soon!,’ the president tweeted. 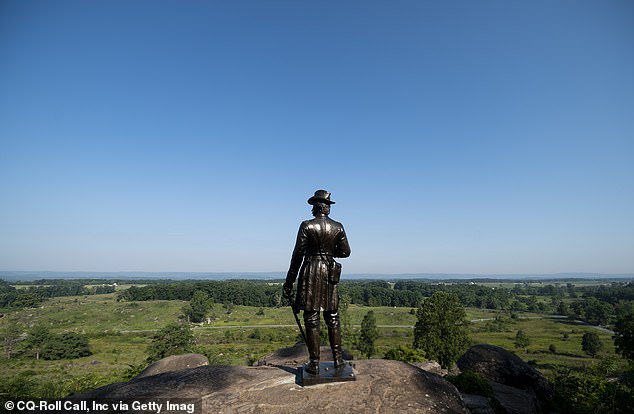 Gettysburg is the site of the bloodiest battle of Civil War and where Abraham Lincoln gave his famous address vowing the union would stand.

Pennsylvania will be a critical state to Trump’s re-election bid. In 2016, he became the first Republican in more than 20 years to carry the state. Biden is up 5 points there in the RealClearPolitics polling average.

The theme the president would likely being going for with an appearance at the historic location is unity and drawing a comparison to Lincoln, a president he has admired and compared himself to in the past.

White House press secretary Kayleigh McEnany wouldn’t comment on why the president was considering Gettysburg but she did cite the unity factor.

‘I won’t get ahead of the president as to what his convention speech will look look like but the president has done a lot to bring this country together,’ she said Monday at her daily press briefing.

Between 46,000 and 51,000 soldiers from both armies died in the three-day battle in July 1863. The victory by the Army of the Potomac against General Robert E. Lee’s Confederate forces was seen as a turning point in the war.

President Trump is know to prefer venues that provide a good backdrop. A former reality TV star, the president is ever aware of how his speeches look on TV and conventions are made-for-TV moments.

The Gettysburg location comes as the president has defended the use of Confederate flags and vowed not to change the names of military bases named after figures from the Civil War.

‘We are in a culture war,’ Trump said in July.

His comment came after Black Lives Matter protesters took down statues, mainly of Confederate figures, because of their links to white supremacy. Some states have officially decided to remove such figures because of their ties to racism.

The president has latched on to the destructive part of the movement – and liberals’ calls to ‘defund the police’ – to craft a message palatable to his predominantly white base.

At a speech at Mount Rushmore on July 3, the president stood before the famous monument of four presidents – Lincoln, Thomas Jefferson, George Washington and Theodore Roosevelt – and gave a fiery speech where decried the ‘left-wing cultural revolution’ he claimed wanted to overthrow the government.

He also announced in June he ‘will not even consider’ renaming American military bases that were named after leaders of the Confederacy.

‘These Monumental and very Powerful Bases have become part of a Great American Heritage, and a history of Winning, Victory, and Freedom,’ Trump tweeted.  ‘The United States of America trained and deployed our HEROES on these Hallowed Grounds, and won two World Wars,’ the president continued.

‘Therefore, my Administration will not even consider the renaming of these Magnificent and Fabled Military Installations,’ Trump said.

The president had compared himself to Lincoln when it comes to race relations. Voters give President Trump low marks in this area.

‘I think I’ve done more for the Black community than any other president, and let’s take a pass on Abraham Lincoln, cause he did good, although it’s always questionable, ‘ the president told Fox News in June.

He conceded Lincoln had did a lot for the nation by freeing black people from slavery, winning the Civil War and keeping the United States intact during those tumultuous years.

‘You know, it depends on what your definition is. But I am comfortable with freedom of speech. It’s very simple,’ he told CBS last month. 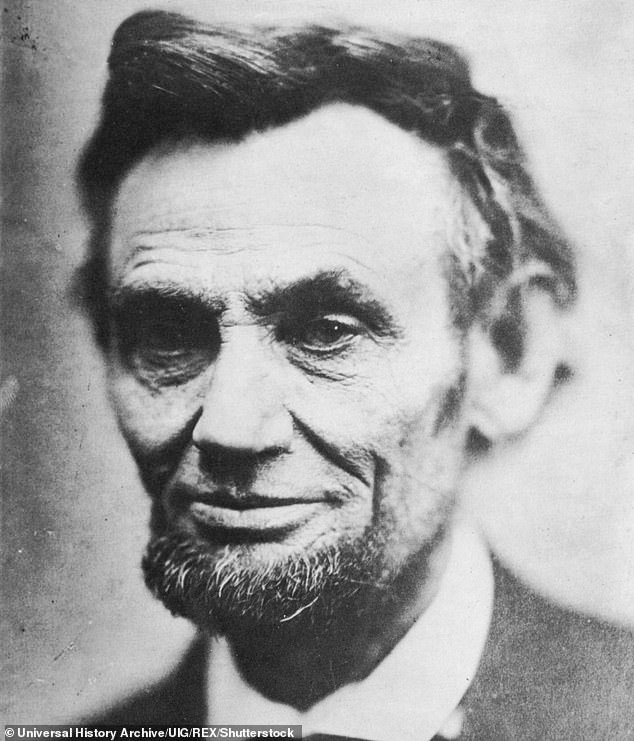 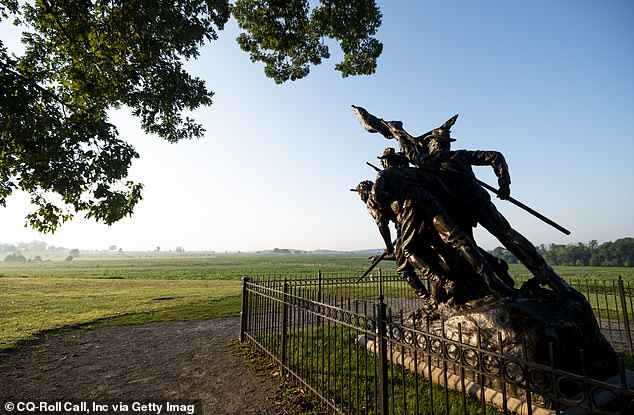 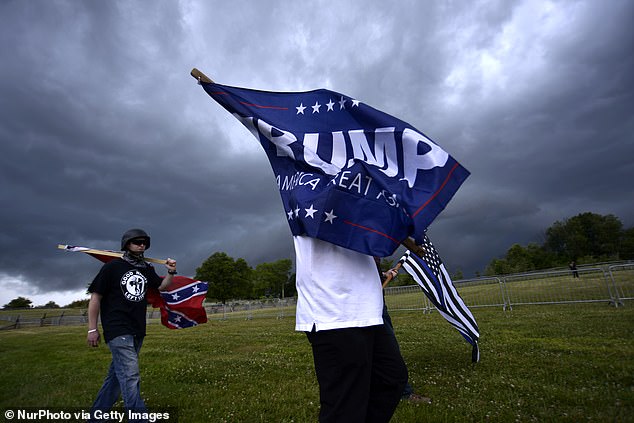 President Trump has cited his signing criminal justice reform as part of his work to benefit African Americans.

The president has also defended flying the Confederate flag as a freedom of speech issue.

‘You know, it depends on what your definition is. But I am comfortable with freedom of speech. It’s very simple,’ he told CBS last month.

The president’s re-election and party planners for the Republican convention have struggled with how to pull off the president’s big name after it became apparent he would not be able to give his speech the traditional way – in a massive arena filled with cheering delegates as the balloons dropped.

Trump’s original plan to address delegates in Charlotte, North Carolina, and then Jacksonville, Fla., were upended by the coronavirus pandemic. Now Republicans, like Democrats, will conduct most of their convention virtually.

The South Lawn of the White House was floated as an idea but it met with objections from Democrats and Republicans alike because of the Hatch Act.

‘You don’t have political events at the White House,’ Speaker Nancy Pelosi told MSNBC last week. ‘You can’t do it.’

‘Is that even legal?’ he asked when reporters asked him about it last week.

‘I assume that’s not something that you can do,’ he continued. ‘I assume there’s some Hatch Act issues, or something.’

Trump held a campaign rally at Gettysburg in October of the 2016 campaign, making one of his closing pitches to voters before they went to the polls.

‘President Lincoln served in a time of division like we’ve never seen before. It is my hope that we can look at his example to heal the divisions we are living through right now. We are a very divided nation,’ he said at the time.