The Trump Organisation is planning one of its most expensive foreign projects as it plans to expand Trump Turnberry resort to have hundreds of luxury private properties for retirees.

The famous golfing resort in South Ayrshire, on the west coast of Scotland, is looking to build 225 houses, apartments and villas with new leisure facilities and shops on rolling farmland neighbouring the resort’s Ailsa course.

These plans would be the most expensive the family business has worked on since Donald Trump became president, despite the fact that 66 employees at Turnberry are facing the axe.

The Trump Organisation is looking to expand Trump Turnberry, in South Ayrshire, on the west coast of Scotland, into a ‘world class coastal retreat’ with more residential property. Pictured: Trump Turnberry’s golf course 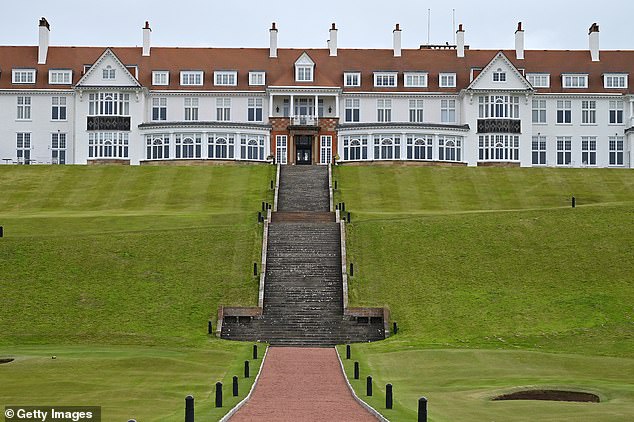 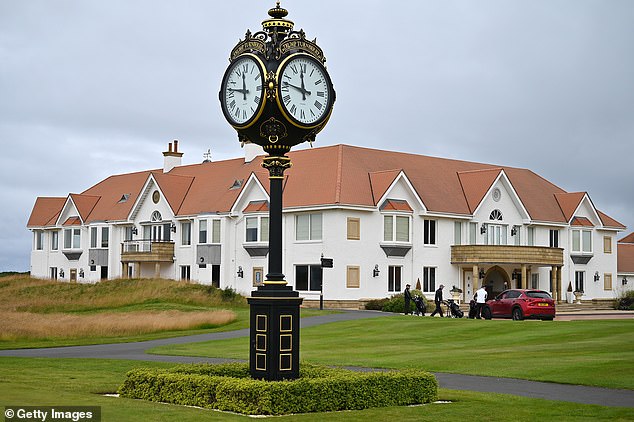 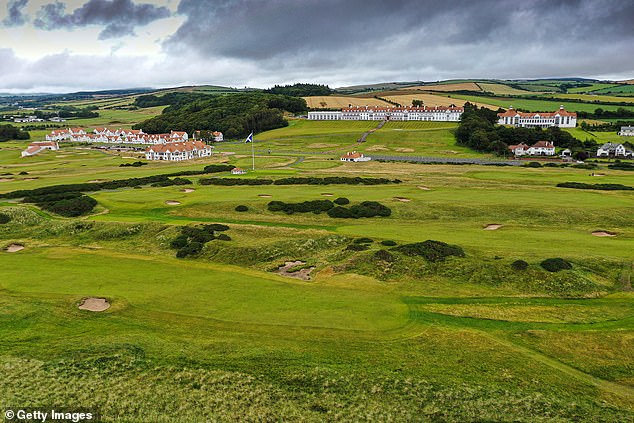 Pictured: A general view of Trump hotel and golf course. The resort is 114 years old and one of Trump’s most prestigious properties

An email sent to workers was leaked to The Scottish Sun where a source said the possible job losses have ‘devastated’ the workforce.

The source also said the situation was made worse by the company’s  ‘boasting in the local press about the number of bookings they’ve been getting’ while considering making staff redundant.

The email said the resort expected a dip in bookings this year because of the coronavirus crisis.

The email assured staff there were no plans to close the business but said that less customers could mean redundancies.

Given that Trump Turnberry used the UK Government’s furlough scheme to pay its workers, making staff redundant could leave them liable.

A spokesperson for Unite the Union’s hospitality told the Scottish Sun:  ‘We would urge the owners of the hotel to think twice before they make such a premature and ill-informed decision which would devastate the livelihoods of so many loyal workers.’

The Trump Organisation has not yet formally submitted a planning application or announced the project publicly but Scotland on Sunday obtained documents drawn up by the company’s architects and a planning lawyer.

The documents state the plans would create ‘high-end private residential homes for retirement living’ and meet a ‘social need’ for the ageing population.

The architects argued the expansion would provide jobs and economic growth for Scotland and produce investment opportunities.

The secretary of Turnberry’s community council voiced concerns about the development and said there was no need for housing on that land.

Mr Harvie has often criticised Mr Trump in the past and has urged Scotland to take the president to court and seek an Unexplained Wealth Order.

Scotland on Sunday said the Trump Organisation did not respond to several enquiries they made for comment on the coastal retreat project.

In 2018 The Scotsman revealed the first time the company considered building private property on the land but its requests to rezone agricultural land were rejected.

A month later the Trump Organisation’s architects,  Covell Matthews, detailed an even larger expansion than they had originally proposed.

Each phase would see 75 units built in a similar way to how the company built the Trump Estate housing development in Aberdeenshire.

Jane Lutz, the secretary of Kirkoswald, Maidens and Turnberry Community Council, said no one at the community council knows anything about the plans despite a lawful requirement for the council to be consulted. 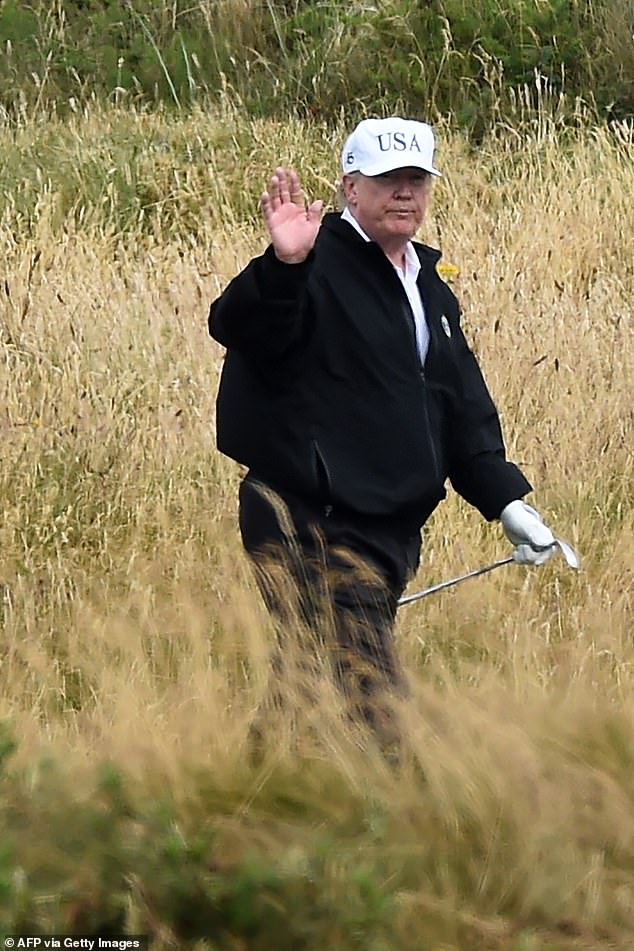 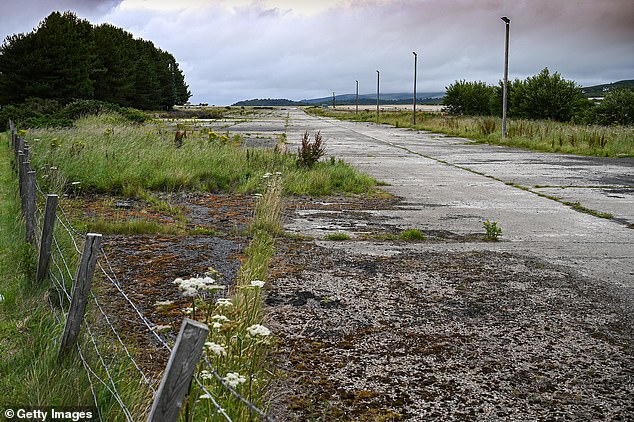 Trump Turnberry looked at building more property on the resort in 2018 but their requests to rezone the agricultural land adjacent to the resort were rejected. Pictured: An unused landing strip at the resort 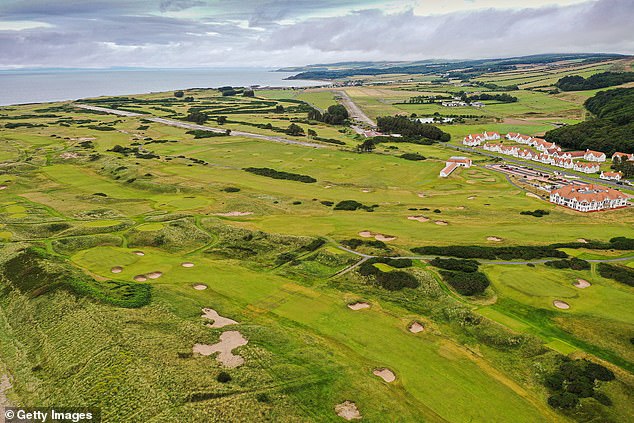 She said the community appreciates the need for investment in such a rural part of Scotland but she questioned what economic benefits putting housing on the land would bring.

Trump Turnberry reopened on Wednesday, with new safety measures in place, and have reported they have 59 room night bookings, 62 of which were self catering.

The resort will not be able to exceed 40 to 50 per cent occupancy in order to adhere to social distancing rules.

According to Bloomberg the Trump Organisation seeked help from the UK government to furlough its bartenders, bagpipers and other employees during the lockdown.