Donald Trump says he will no longer watch the U.S. soccer team or NFL after their bosses allow players to kneel during the national anthem

Donald Trump has declared that he will no longer watch U.S. soccer and will likely not watch NFL games after the governing bodies of both sports approved kneeling during the national anthem.

Trump on Saturday tweeted his support for Matt Gaetz, a congressman from Florida, and Jim Jordan, congressman for Ohio, who have both been outspoken about the sports.

On Tuesday the U.S. soccer federation reversed its three-year ban on kneeling during the anthem.

The week before, the NFL had announced they were sorry for their previous hardline stance against kneeling and said they will now allow it.

From May 2018 until last week, players who knelt could be fined.

Trump said the decisions had made him rethink his viewing habits.

Donald Trump echoed Matt Gaetz’s anger at the U.S. soccer federation backtracking on their kneeling ban – a ruling which had been in place since 2017, but on Tuesday was removed 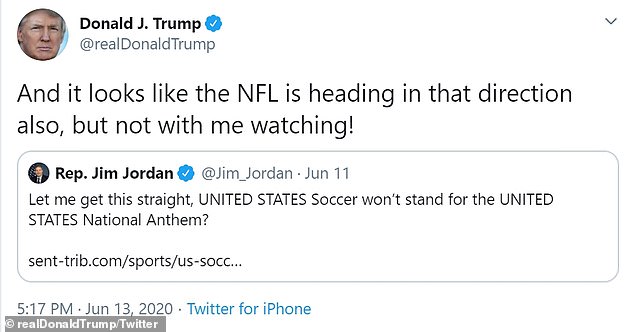 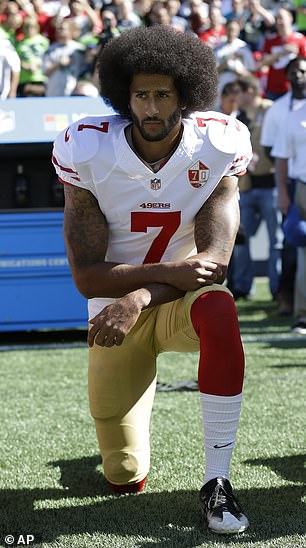 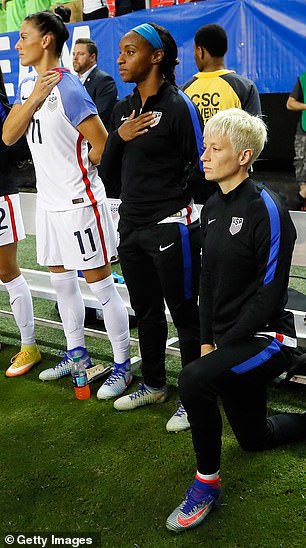 ‘I won’t be watching much anymore!’ he tweeted in response to the U.S. Soccer Federation decision.

He later added: ‘And it looks like the NFL is heading in that direction also, but not with me watching!’

The number of people from all walks of life ‘taking a knee’ to show solidarity with protesters calling for an end to police brutality has surged since the May 25 killing of George Floyd.

Joe Biden, the Democrat challenger to take on Trump in November, knelt in Delaware before a black church.

Congressional Democrats all knelt together inside the Capitol in memory of George Floyd.

In Portland, Oregon, police in riot gear knelt before cheering demonstrators, some of whom responded by walking toward the officers to shake their hands. 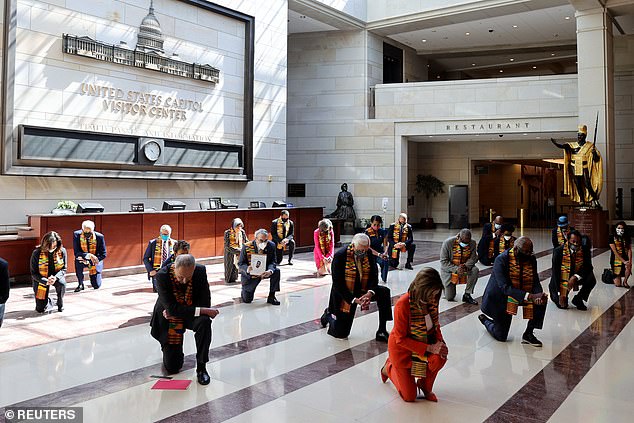 The powerful symbolism of the simple act has enraged the president, who has reacted over the years with a flurry of tweets.

The gesture sprang to prominence thanks to the actions of NFL quarterback Colin Kaepernick.

In August 2016  Kaepernick, from the San Francisco 49ers, and Eric Reid, of the Carolina Panthers, asked a former Green Beret, Nate Boyer, who had served in Iraq and Afghanistan before playing college football at Texas, for advice on a way to protest.

Boyer said he did some research and came across a photograph of Martin Luther King Jr. kneeling in prayer and protest in Selma during the 1960s. 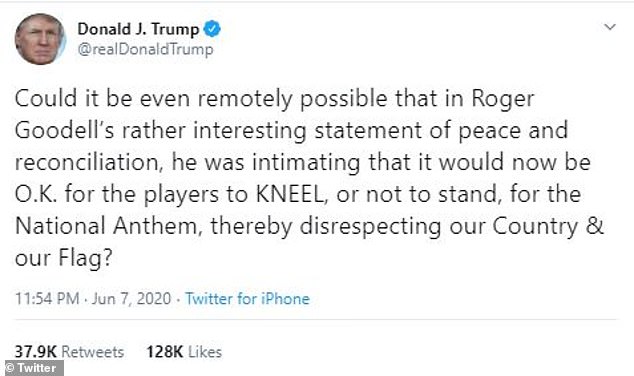 Kaepernick began kneeling during the national anthem, explaining that it was not an act of disrespecting the flag but instead a way of calling for reform.

He has not played NFL football since January 2017, and claims the league has blacklisted him.

Megan Rapinoe, co-captain of the U.S. women’s soccer team, followed Kapernick’s lead and knelt during the anthem too, until it was banned in 2017.