Doncaster boy has a condition that makes him look pregnant

A five-year-old is having chemotherapy to cure him of a rare condition that makes him look pregnant.

Mckenzie Watson suffers from a disorder known as nephrotic syndrome, which causes his kidneys to leak, filling his abdomen with fluid.

The schoolboy, from Doncaster, is left in agony as his face and belly swell up with liquid.

Mckenzie’s mother Antonia Watson, 26, says her son’s condition is so severe his abdomen looks like hers did just before she gave birth to him.

She said: ‘The first time it happened, we just thought he had put on weight over Christmas. He was massive, he looked as though he was nine months’ pregnant and about to pop.’ 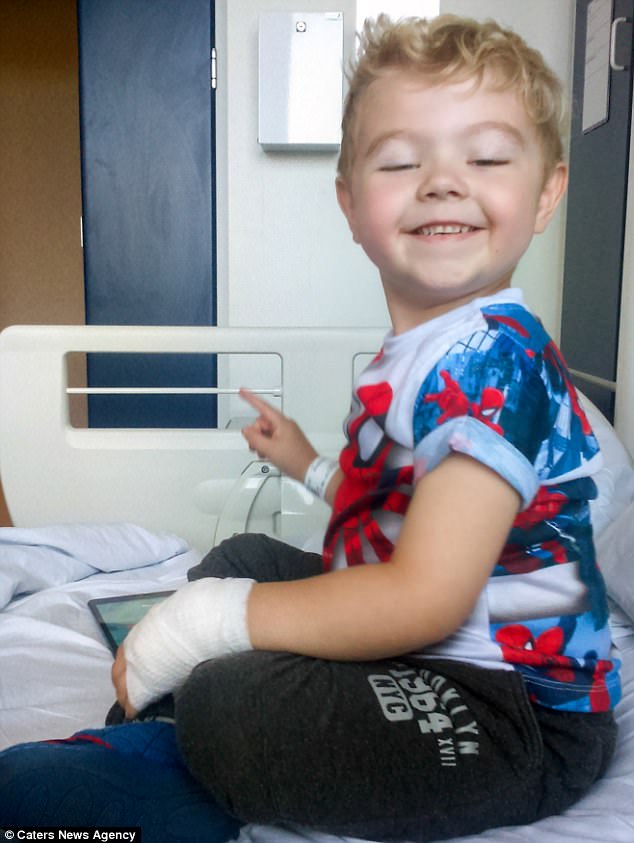 Mckenzie Watson suffers from nephrotic syndrome, which causes his kidneys to leak 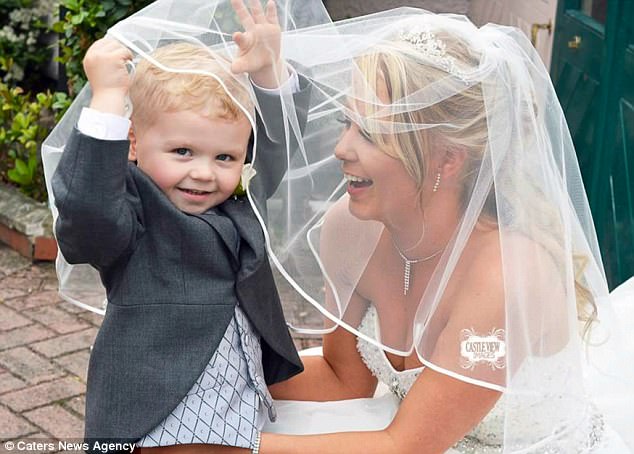 His leaking kidneys make his abdomen fill with fluid (pictured with his mother Antonia, 26)

‘He looked as though he was about to pop’

Ms Watson, a dog groomer, said: ‘When McKenzie has a relapse, his tummy really swells up.

‘The first time it happened, we just thought he had put on weight over Christmas. But it kept getting bigger.

‘I took him swimming and realised how swollen he was. His swimming trunks didn’t fit and his stomach was really, really bloated.

‘It was so scary because his skin was so tight and no one knew what was going on.

She said: ‘He was massive, he looked as though he was nine months’ pregnant and about to pop.

‘His skin is even really hard as though it were a fully formed bump.’ 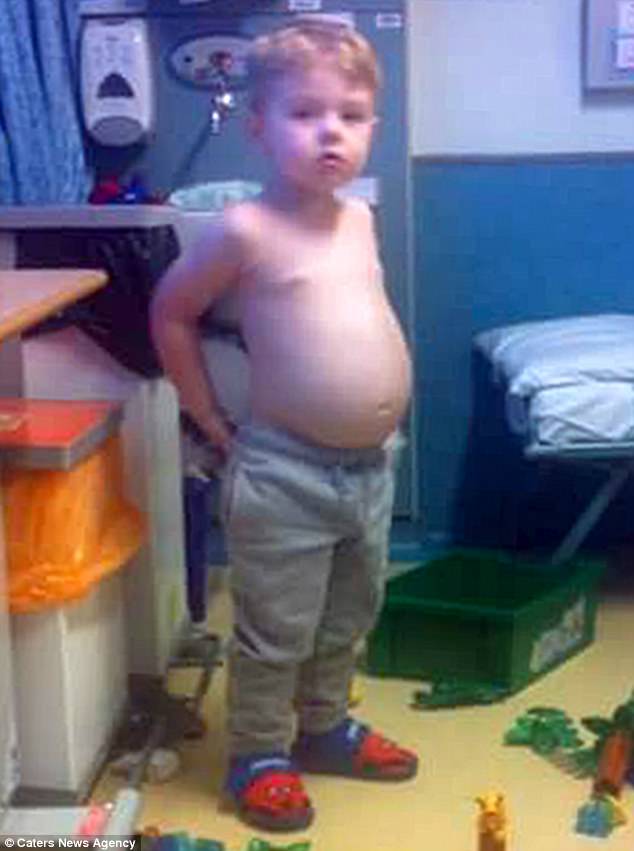 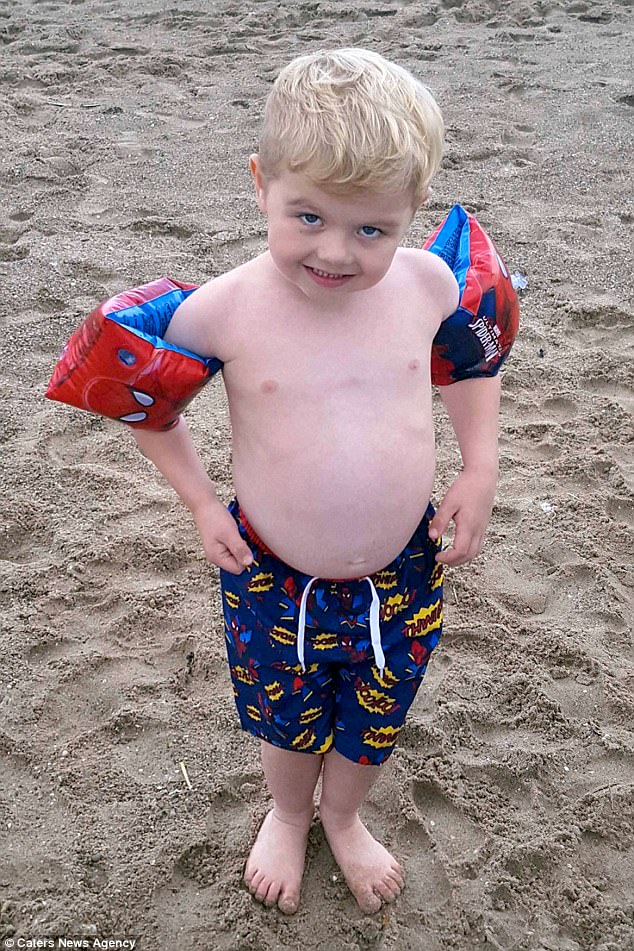 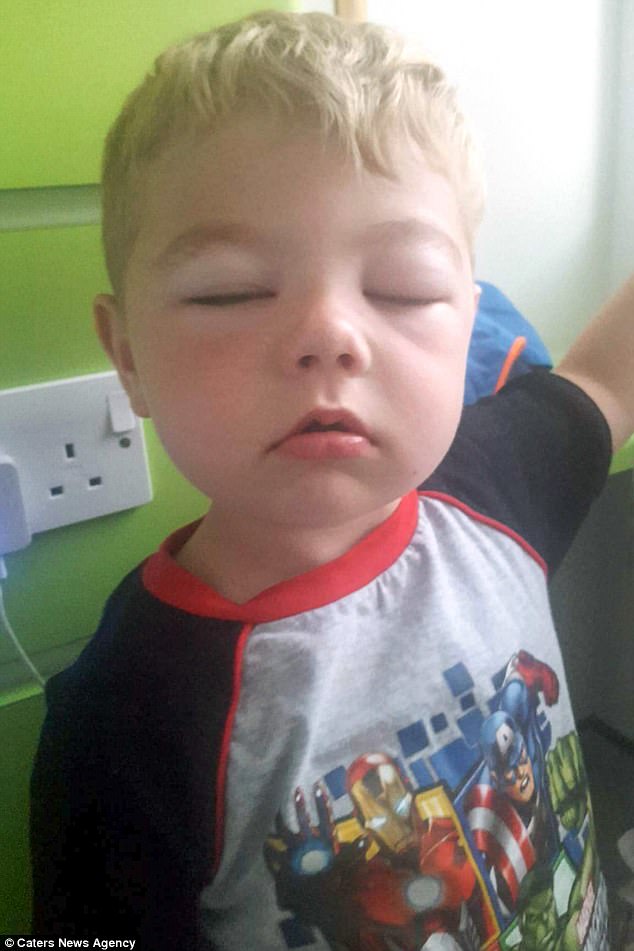 WHAT IS NEPHROTIC SYNDROME?

Nephrotic syndrome occurs when the kidneys leak too much protein into the urine, resulting in swelling; usually in the face, hands and feet.

In rare cases, sufferers may experience breathlessness or swelling of the abdomen.

Around one in 50,000 children suffer. It is more common in boys than girls and symptoms usually appear between the ages of two and five.

Most cases are linked to the immune system not functioning as it should.

Around nine in 10 children with the condition respond well to steroid treatment.

Other therapies may be required to ease swelling.

‘He’s having to have a daily dose of chemotherapy’

Ms Watson and her husband Andy rushed Mckenzie to hospital, where he stayed for 11 days before being diagnosed with nephrotic syndrome.

Mckenzie has started his eight-week chemotherapy treatment, which will weaken his immune system in an attempt to treat the disorder.

Ms Watson said: ‘We have to give him steroids every day to stop his kidneys from leaking protein.

‘And now he’s having to have a daily dose of chemotherapy to hopefully kill off his immune system to stop it attacking his kidneys.

‘He’s not allowed any salty food and he’s only allowed a pint and a half of water each day.’

Despite Mckenzie’s condition being stable, his symptoms can quickly return if his disorder is not strictly controlled.

Since January, he has been admitted to hospital three times.

Ms Watson said: ‘He’s relapsed six times, but three of those times we managed to keep it under control at home. Each one was terrifying.

‘He starts swelling up because his body retains the water.

‘When he gets swollen his skin goes really tight, so it’s more uncomfortable than it is painful.’ 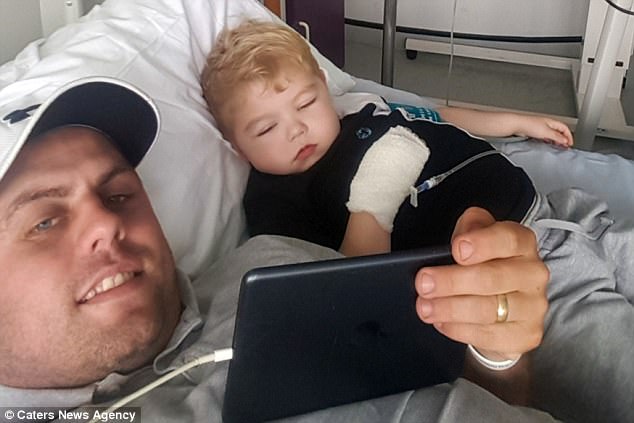 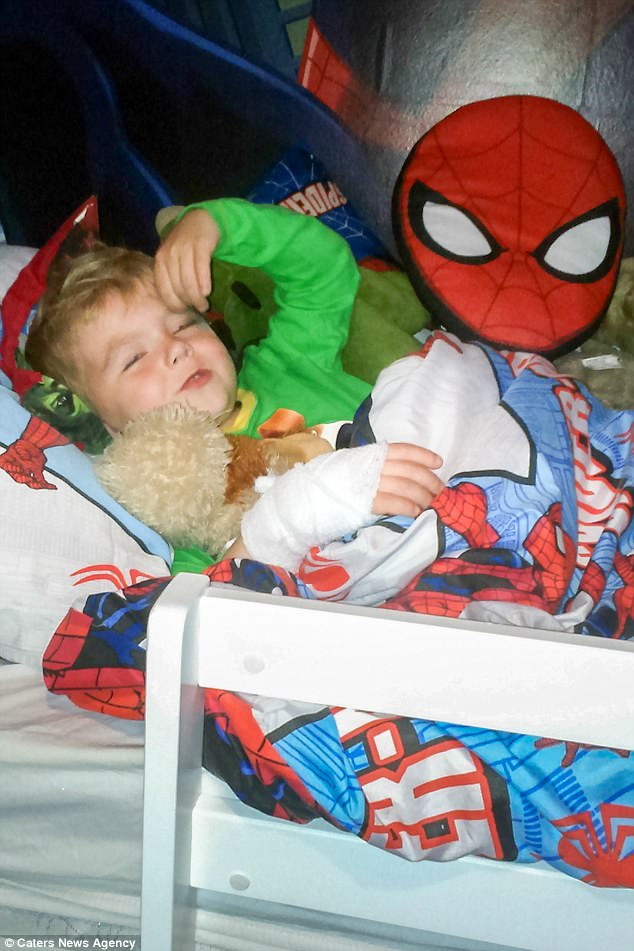 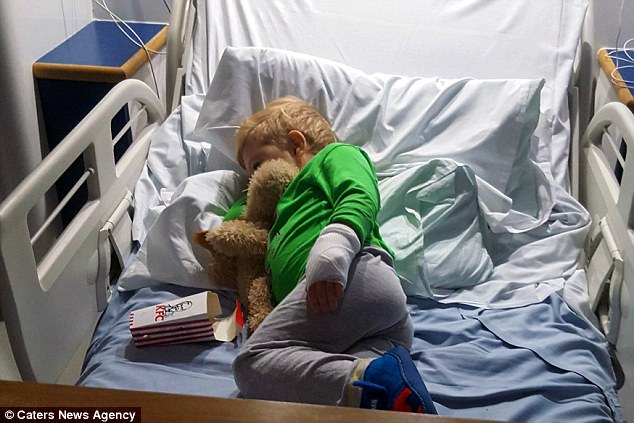 Since January, he has been admitted to hospital three times and has suffered six relapses