Donna Air and James Middleton have split up, she reveals

She’s the Geordie lass with the common touch who looked set to live out the enduring fairytale of marrying into Royal circles.

But now the dream is over – with Donna Air revealing she has ended her relationship with the Duchess of Cambridge’s brother, James.

Donna exclusively told The Mail on Sunday that the rollercoaster romance, which has dominated gossip pages for five years, has finally come to an end – and this time it’s for good.

She and James quietly ‘uncoupled’ over Christmas after mutually deciding that a new year should bring a ‘fresh start’.

Ending months of speculation, Donna last night confirmed the news, telling this newspaper: ‘James and I are no longer an item. We parted ways in December but remain the very best of friends and always will be.’

The couple began telling friends of the news only last week, having gone to great lengths to put on a united front until now. On January 14, James was seen in the audience of ITV reality show Dancing On Ice, cheering Donna on as she made her debut with partner Mark Hanretty. Donna is one of two women who remain in the competition and will be skating for her survival on the show tonight.

Donna Air has confirmed that she has split with James Middleton and said they had made the decision in December, even though he was seen supporting her on Dancing On Ice in January

Donna’s rise from humble Newcastle girl to friend-of-the-royals has seemed improbable, prompting speculation that she has been pushing for an engagement to seal her status.

But James said last year: ‘I love Donna very much. Marriage is absolutely not something I’m scared of, but it isn’t necessarily the be-all and end-all.’

Speaking of the relationship, a friend said last night: ‘Donna’s down-to-earth nature helped to ease any concerns James’s mother Carole might have had about them being together. Donna has also been a rock to James as he has worked on his start-up business over the years and has taken him back each time he has had a wobble about their future. Now she is ready to move on.’ 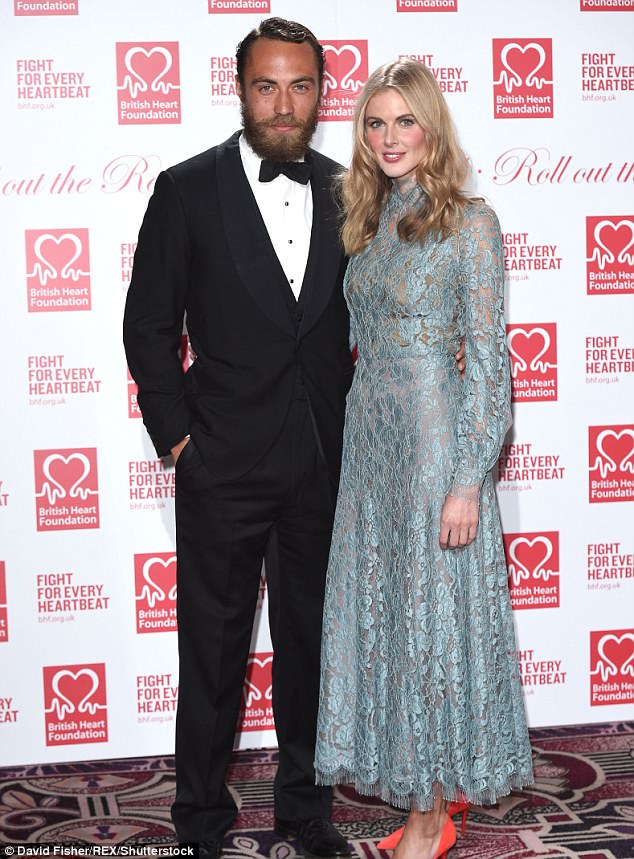 Donna said: ‘James and I are no longer an item. We parted ways in December but remain the very best of friends and always will be’

The pair met in London private members club 5 Hertford Street in February 2013, and burst on to the social scene as a couple at the Serpentine Summer Party later that year.

Since then, they have become the toast of the celebrity circuit. For a time they regularly posed together on red carpets but resisted joint appearances after The Animal Ball in 2016 when James took a decision – some say influenced by the Royal Family – not to court more attention.

Donna, 38, and James, 30, have survived numerous claims of a split. In 2015, James told the MoS that, despite reports to the contrary: ‘We are still very much a couple and have not parted ways.’ A year later he and Donna had a brief ‘relationship sabbatical’ when he moved to Hong Kong to pursue business interests with his marshmallow firm Boomf.

They reunited four months later, but in October last year reports again surfaced suggesting all was off, which the couple again denied.

Donna remains close to her other ex, the casino and wildlife park heir Damian Aspinall. They and their 14-year-old daughter Freya enjoyed a Valentine’s Day lunch in Chelsea last week. 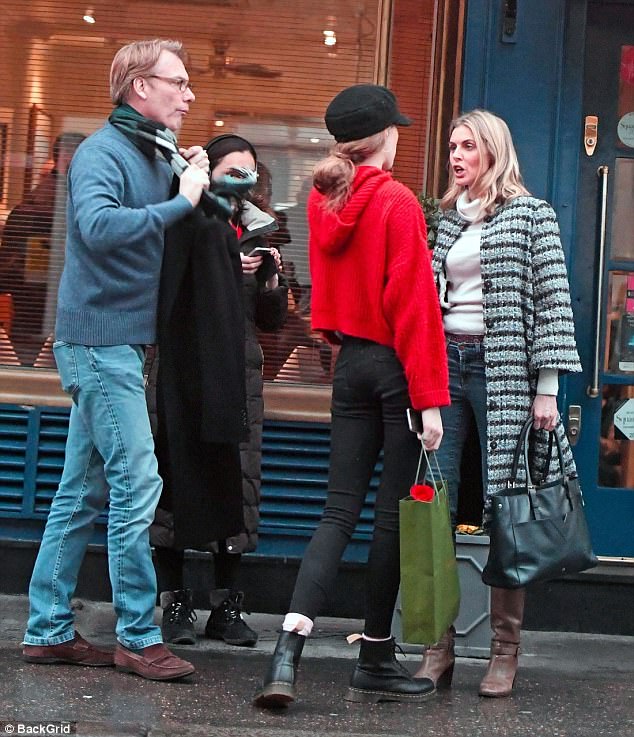