But on Thursday, food was the last thing on celebrity chef Donna Hay’s mind when she enjoyed a steamy PDA session with her new sandy-haired beau, while the two were paddle boarding in Sydney’s eastern suburbs.

The couple put on a hot-and-heavy display, tenderly stroking each other’s faces and passionately kissing, as her mystery man cheekily grabbed Donna’s posterior.

Hot Dish! Celebrity chef Donna Hay, 46, has been snapped enjoying a steamy PDA with her much younger beau, while out paddle boarding in Sydney’s eastern suburbs 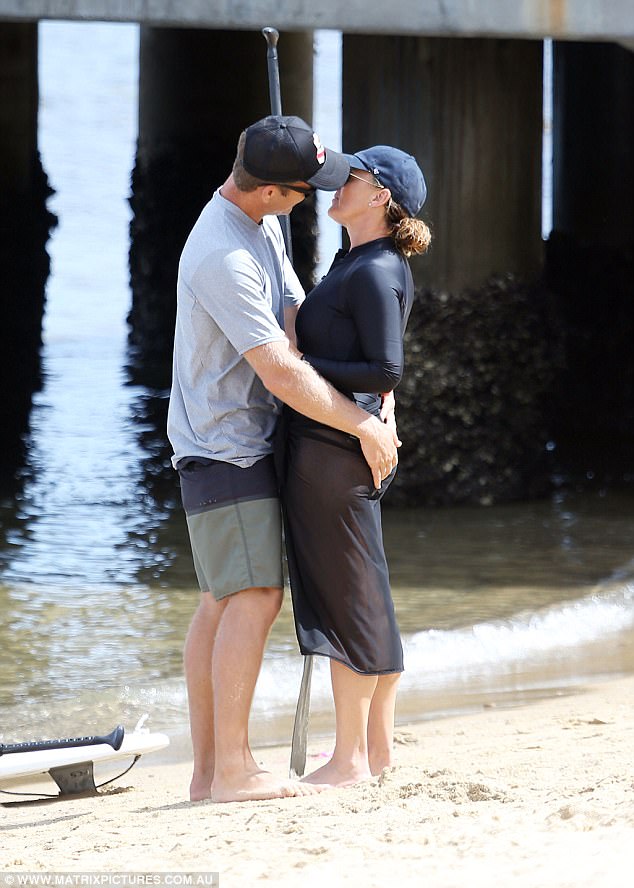 Intimate: The cheeky couple couldn’t keep their hands off each other as they enjoyed a day out paddle boarding in Sydney’s eastern suburbs

It was clear the two were sharing a romantic moments, as they smiled and laughed.

At one point her much younger man was seen wrapping his strong arms around her waist for all to see.

Following the intimate display, the pair pried their arms off each other and headed for the shore to indulge in a session of paddle boarding. 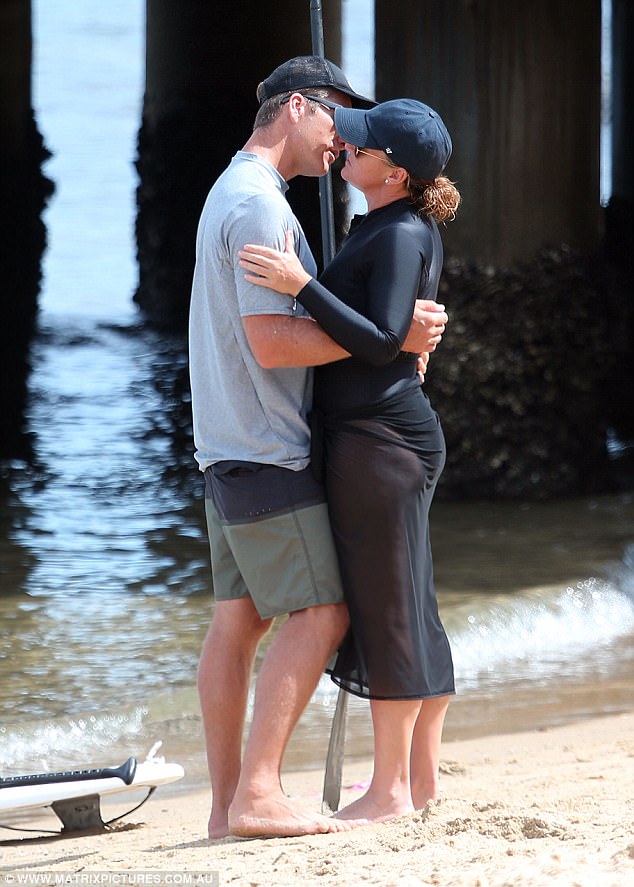 Steamy! The couple kissed and stroked each other’s faces as they stood on the sandy beach, before engaging in a paddle on the water 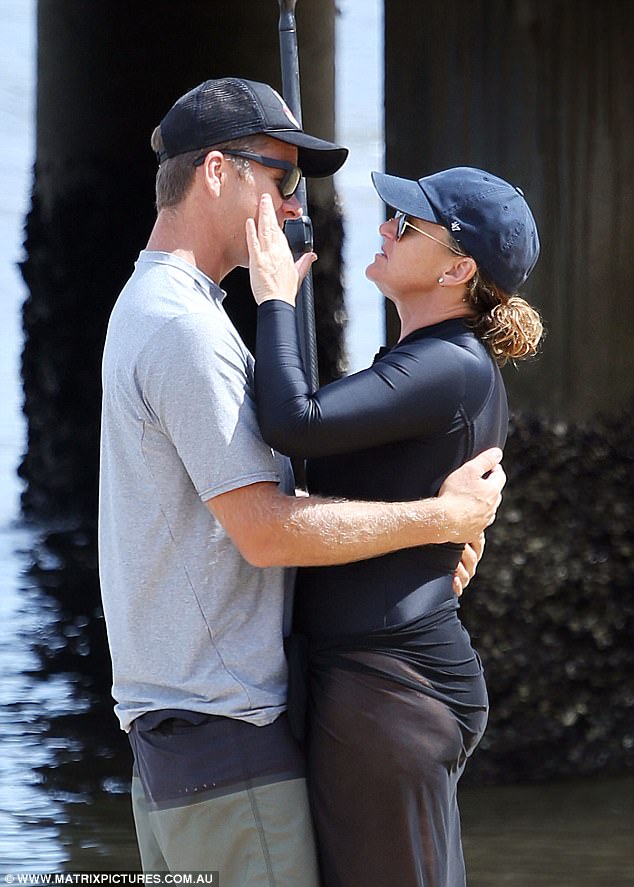 Lovestruck! The couple cut a relaxed figure enjoying a day on the water together, with the iconic chef wearing an all-black ensemble, and her beau wearing a grey t-shirt and a pair of navy blue and teal boardshorts 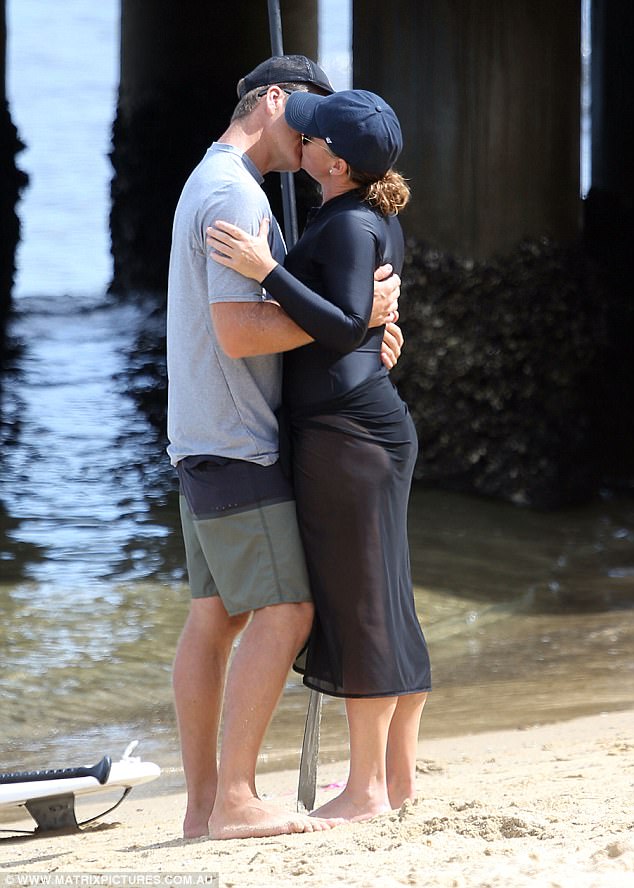 New romance: The new couple enjoyed a romantic day out together, with chef Donna and her new mystery beau passionately kissing on the sandy beach

The couple looked relaxed on the boards as they paddled in the still water, obviously enjoying each other’s company.

The cooking powerhouse wore an all-black ensemble, comprising of a one-piece swimsuit, rashie, and sheer sarong.

The chef completed her relaxed look with a faded blue cap and circular gold-rimmed sunglasses. 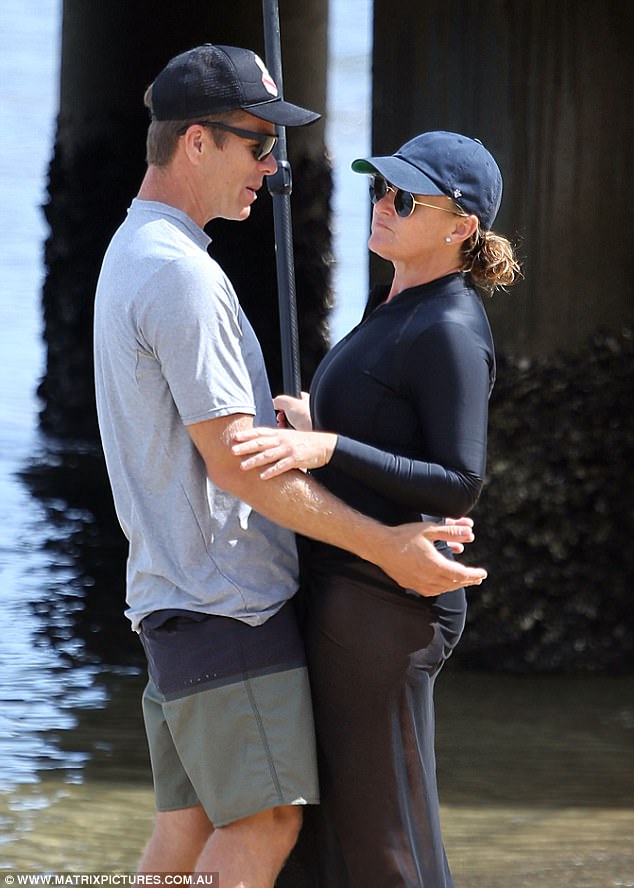 Chilling out! At one point, it appeared the couple thought they were caught out, but it didn’t last long with the couple getting straight back to it 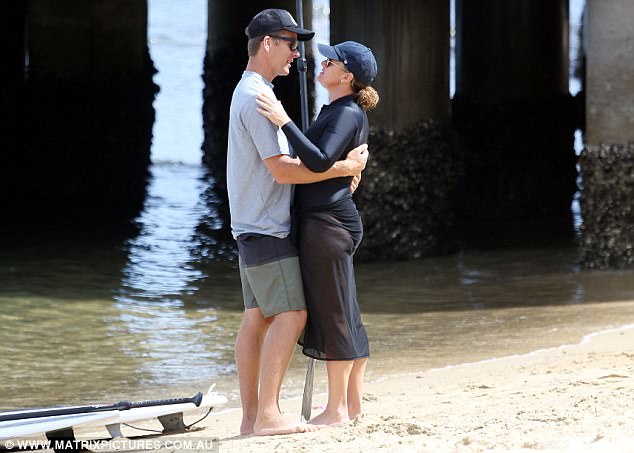 Touchy: The pair freely enjoyed each other’s company while standing on the beach together 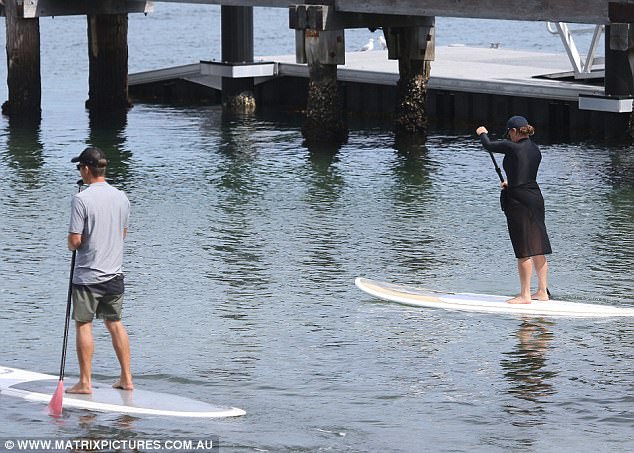 Chilled out: The couple enjoyed paddle boarding on the water together 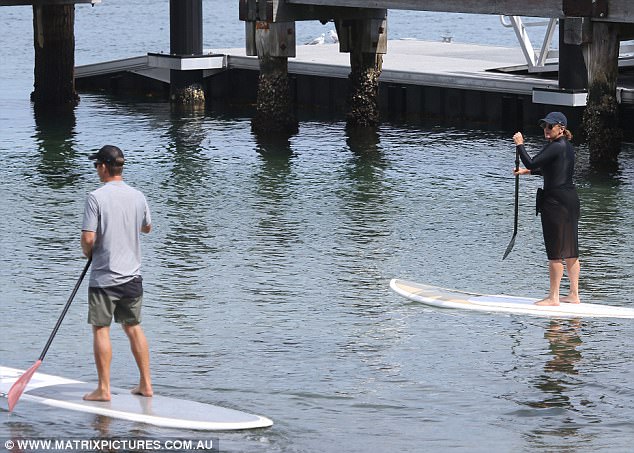 Relaxed: The couple casually chatted as they enjoyed paddle boarding on the still water

The love-struck couple have obviously been enjoying the Christmas holidays together, with the pair spotted enjoying a run at Bondi earlier last week.

Going makeup-free for the romantic interlude, the mother-of-two wore her hair tied back in a loose pony tail. 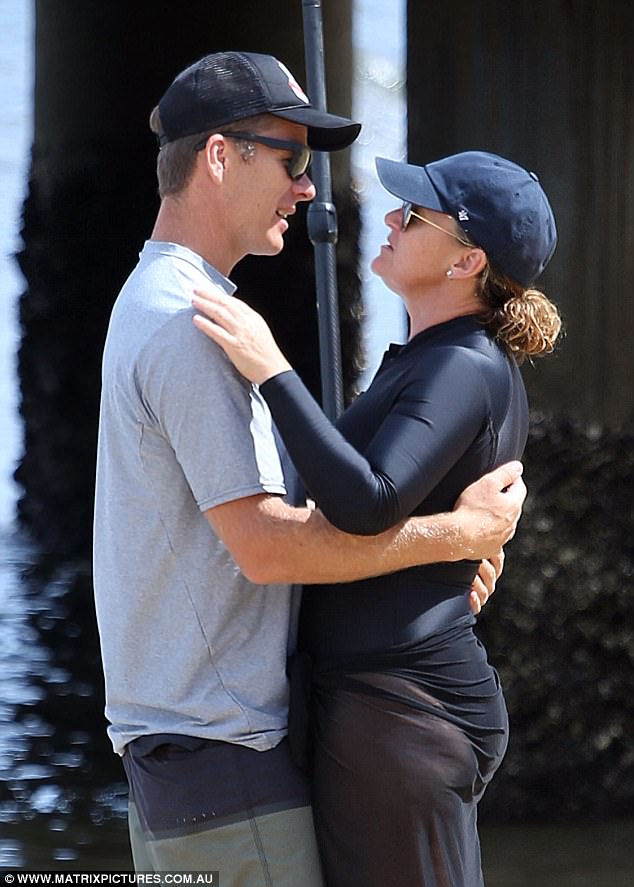 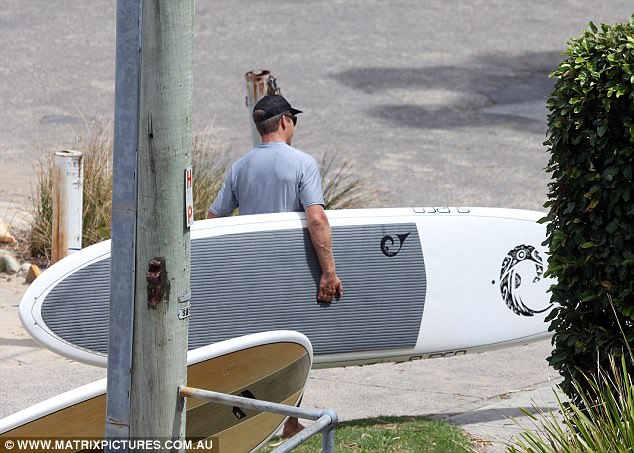 Taking it for a whirl! The couple were recently snapped enjoying time out together at Bondi, where they were casually laughing and smiling

The identity of the man remains a mystery, although it appears to be recent.

The relationship comes after a ‘tough’ and ‘horrible’ divorce from her husband and farmer Bill Wilson, who is father to their two children Angus, 14, and Tommy, 11. 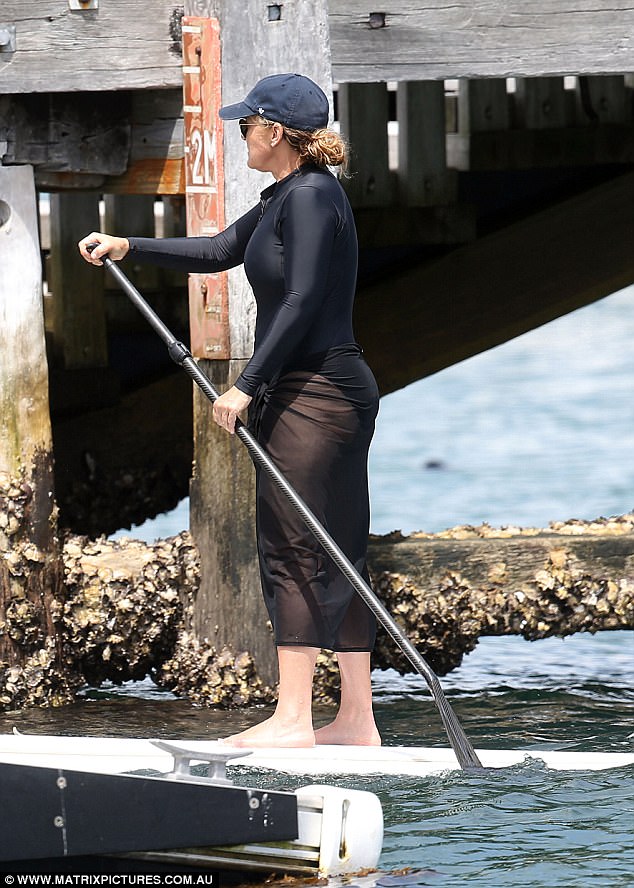 Water sports! She enjoyed a day out paddle boarding with her new mystery beau

‘I have no idea when it happened. There’s no affair, it just happened.’

But her journey to weight-loss was not without its setbacks, as Donna was hospitalised in 2010 after she collapsed from excruciating pain. 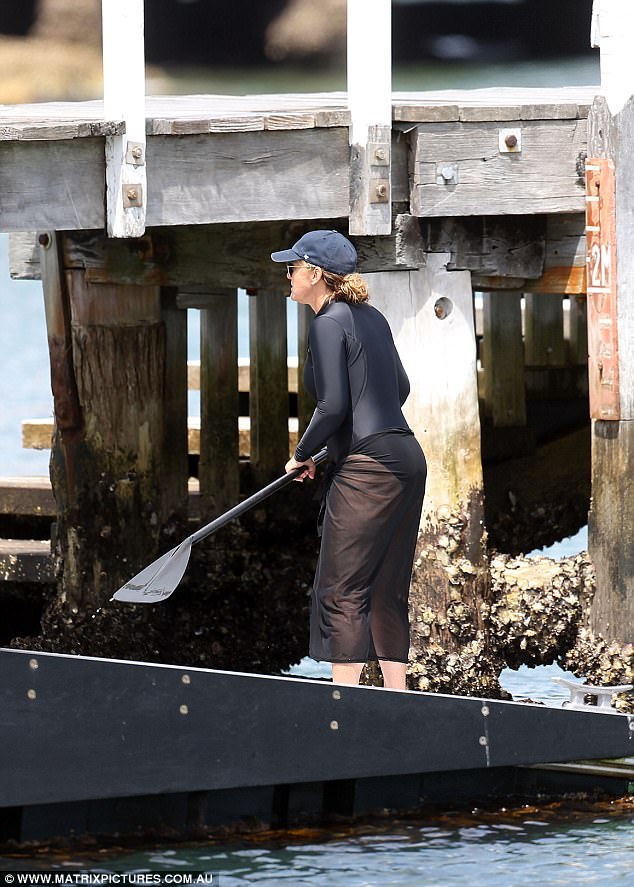 Oar-some time! Celebrity chef Donna Hay enjoyed a day out on the water with her new mystery beau, with the pair enjoying a steamy PDA together 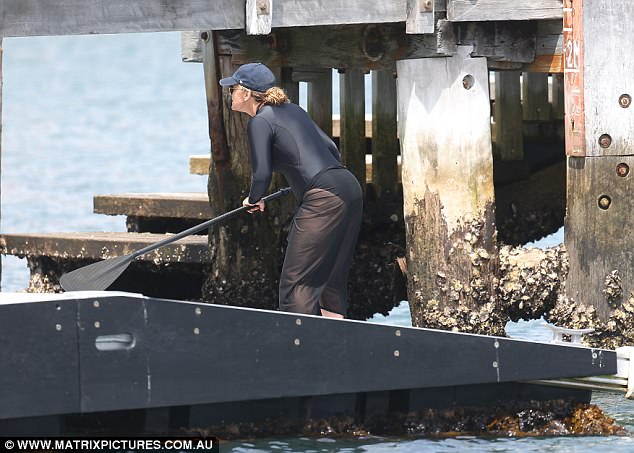 Beach side! The couple appeared to enjoy the passive water sport

Doctors later found out she had a missing disc in her back.

‘I have bone on bone, often with nerves caught between,’ Donna told The Daily Telegraph.

‘I had to learn to walk again.’

In spite of her diagnosis, and a 12-day stint in hospital, Donna is back in to running and can now go between 14 and 15 kilometres, with a daily five kilometre run to stay in shape. 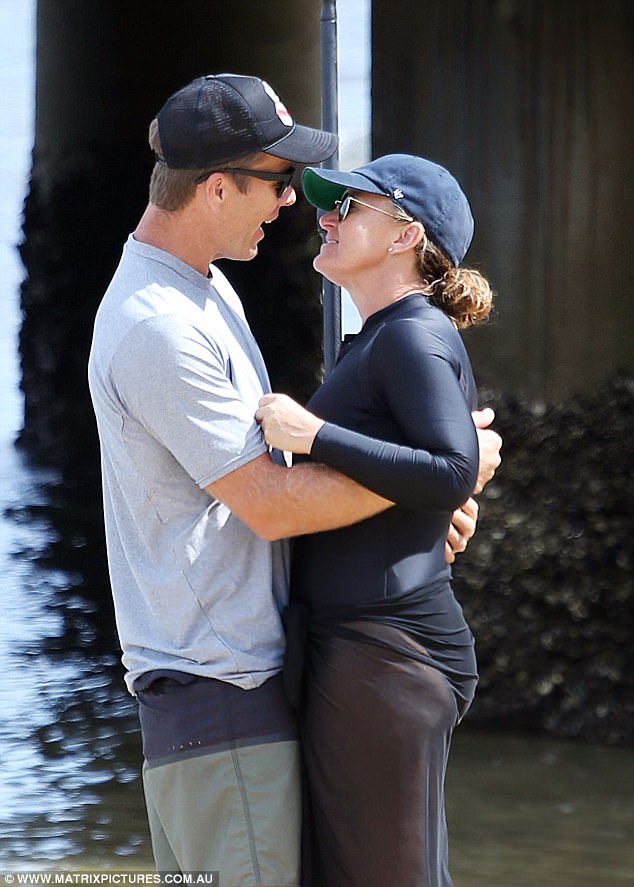 loved-up: The couple appeared to be enjoying each other’s company as they laughed and smiled at each other 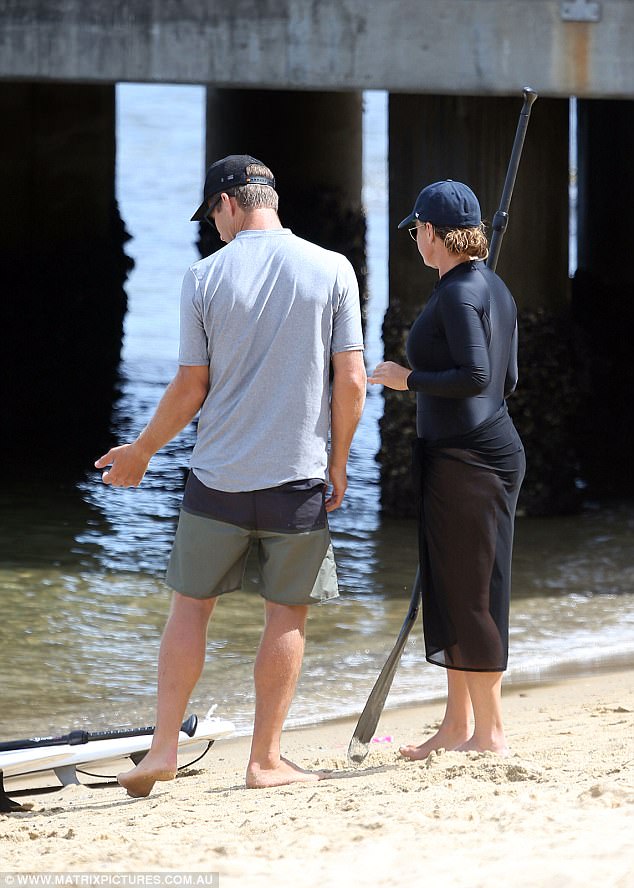 Love is in the air! The new couple have been snapped enjoying outdoor activities around Sydney 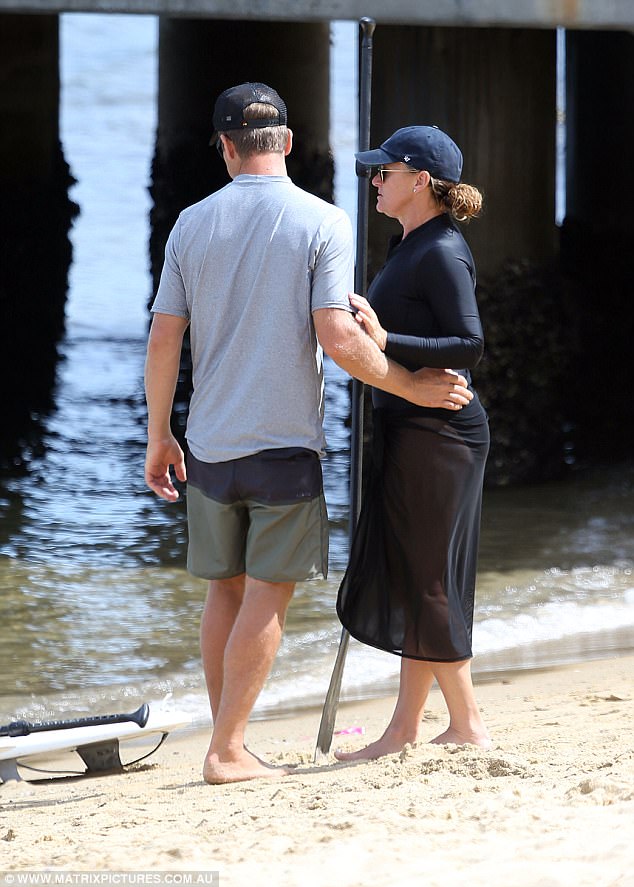 Happy times: The couple were very touchy as they enjoyed a day out of paddle boarding around Sydney 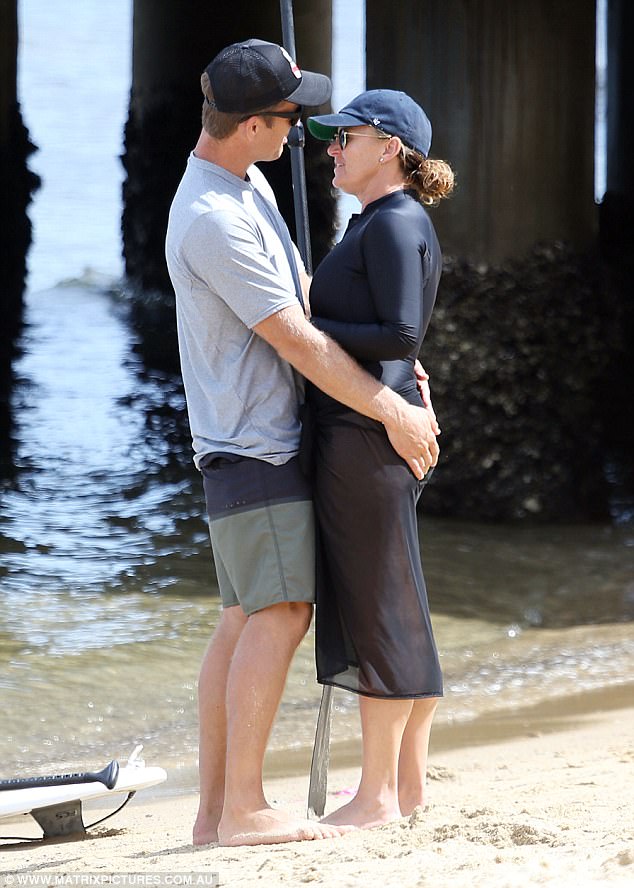 Cheeky! The celebrity’s chef boyfriend got very touchy while they were out enjoying a day of paddle boarding in Sydney’s eastern suburbs 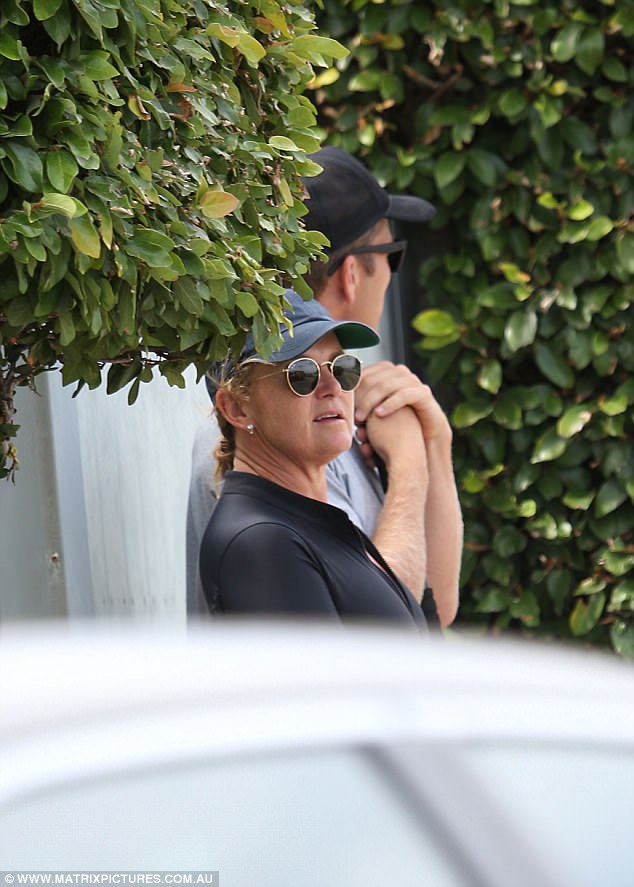 Food, glorious food! It appeared the couple went for meal after their day out on the water