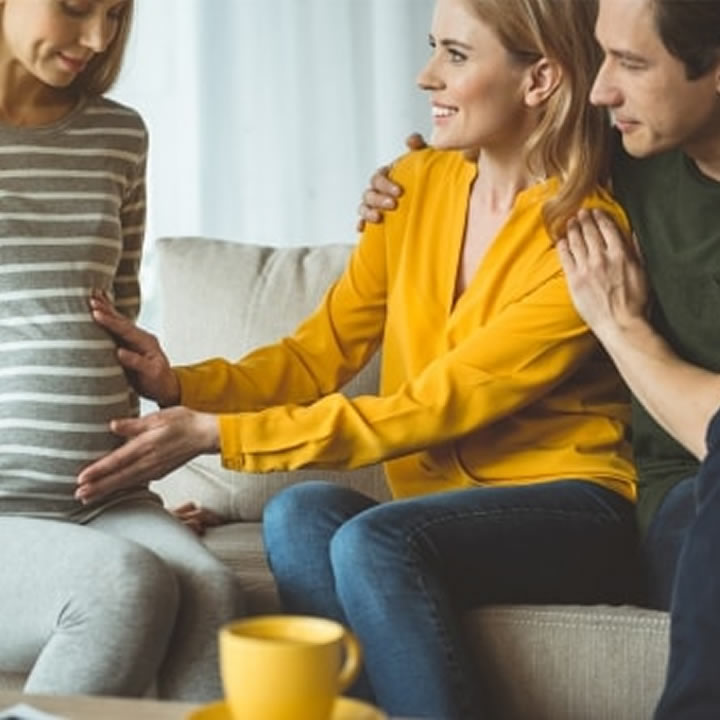 Reproductive medicine innovations are becoming more accessible and understandable. The general awareness and acceptance of IVF to start a family with infertility has grown in recent years. But it is not customary to talk about egg donation. Although, this technology is, sometimes, the couple’s only chance for parenthood.

At Feskov Human Reproduction Group, you can solve any fertility problems, thanks to guaranteed package offers of IVF, surrogacy, donation. Based on more than 25 years of experience, we will dispel common fears about the emotional component of using donor eggs.

Benefits of using a donor egg

Infertility in itself causes severe emotions in a woman. And doubts and fears that many people associate with the use of donation are often groundless and associated with a lack of understanding of the process.

In the world of reproductive medicine, the use of donated genetic material is the widespread overuse. The main benefit of the technique is that the chances of pregnancy in women after 40 years of age grow rapidly when donor oocytes are used. According to studies, on average 15% of successful IVF cycles are with donation.

This is due to a decrease in the number of eggs and a deterioration in their quality with age:

However, a variety of IVF + donation programs increase the chances of success by up to 50% for women of any childbearing age.

And if it is impossible to bear and give birth on your own, surrogacy programs with donationfrom the Feskov Human Reproduction Group guarantee the appearance of a long-awaited miracle in the family.

Biological bond with the child and donation

The most important argument against is abandoning the dream of a genetically native baby. Despite the truthfulness of the statement that half of the child’s DNA will be from a donor, this question is much more complicated.

According to some studies, women bearing under the heart a fetus of donated egg may presumably transfer some genetic material to a child during pregnancy. The mother’s endometrium, in which the baby develops, contains molecules with genetic information – microRNA. They are absorbed by the embryo and affect the expression of genetic characteristics and traits in the baby’s DNA.

Such studies still have everything ahead. However, these early data suggest that the biological and genetic relationship with the baby from the donor egg may be more significant than previously thought.

Another common fear is that the child may not feel attachment to the mother, due to the fact that there is no connection at the genetic level. However, bearing a baby inside the body for 9 months and the emotional experiences of pregnancy form a strong bond with the baby, which is even confirmed by science.

Back in the 80s of the last century, it was proved that children in the prenatal period learn the voices of their mothers and after birth give them preference. And recent research confirms that babies in the uterus selectively respond to their mother’s voice and touch as early as the second trimester of pregnancy.

Therefore, as soon as the embryo from the donor oocyte is implanted in the uterus, the attachment formation process begins. And this bond will grow throughout the experience of pregnancy and childbirth.

Deciding whether, when, how, and with whom to share pregnancy information is a personal matter. Being open with a child about their genetic history from the start is the healthiest choice. Which will help minimize the risk of serious problems in the future. Knowing that he is unique and special can be a positive experience for a child. It is also important to have access to genetic information due to future health issues. However, outside the nearest family circle, it is possible to share as much as the parents themselves want. Everyone has a right to confidentiality and secrecy.

And the consultants of the Clinic of prof. Feskov will always help to work out such moments, based on their experience and professionalism.