Don’t Be Evil by Rana Foroohar review: An insightful investigation into ‘Big Tech’

Don’t Be Evil: The Case Against Big Tech

One of the difficulties in understanding the global workings of ‘Big Tech’, according to the journalist Rana Foroohar, is that ‘it operates entirely by stealth’: silently gathering personal information on our clicks and choices, packaging our data up and selling it on and slyly monetising our yearning for excitement and approval.

Luckily the author, who has covered the main players and events in the tech revolution for more than 20 years, is a knowledgeable guide. She gives the example of her ten-year-old son Adam, who racked up more than $900 in charges from Apple’s App Store. Adam had downloaded the Fifa football game free on his iPhone, but soon realised that the best players must be bought with ‘Fifa cash’ and souped up with further paid-for tricks.

With serial unauthorised cash injections, Adam’s team was soaring ahead, and if he ever tried to pull away, his iPhone would flash with a reminder of upcoming games. As Adam described it: ‘The game just kind of took over.’ 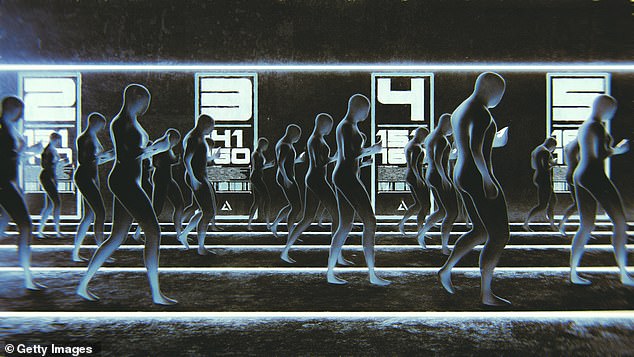 Although tech has delivered vast benefits in convenience and free information, it has also often altered human behaviour for the worse as Rana Foroohar reveals in Don’t Be Evil

The reason, explored here, lies partly in what are described as ‘intermittent behavioural rewards’. A Fifties experiment found that lab rats are content if a food pellet is given consistently, for example, on every fifth pull of a lever. But if it is given inconsistently, they develop a mad craving and will pull incessantly at the lever in hope of reward.

The logic of the slot machine applies equally to the smartphone: ‘We keep pressing the lever in the hope of those random rewards: a gossipy email, a cute snapshot, an exciting bit of news.’

If you’ve ever consulted the internet to look up your medical condition, there’s a term for you: a cyberchondriac.

Although tech has delivered vast benefits in convenience and free information, it has also often altered human behaviour for the worse, triggering an epidemic of distractibility.

And it has destabilised our political landscape and employment market: this book examines the tech-generated ‘gig economy’ pioneered by companies such as Uber and Amazon – delivering soaring profits for bosses but insecurity for workers.

Eighty per cent of corporate wealth is now held by ‘just about ten per cent of companies’, many of them technology companies. At some point soon, Foroohar argues, tech will have to encounter the kind of legislation that split up monopolies in the age of America’s robber barons.

As Big Tech has grown unchecked – unmoored from social responsibility – it appears to have turned from a geeky, visionary college kid into a very savvy, rich, amoral bully who persistently dodges tax. Reading this insightful, powerfully argued book, it’s hard to disagree with the author’s view that we need to make it play by tighter rules.

The History Of The SAS

On May 5, 1980, dramatic images of black-clad, balaclava-hooded figures storming the Iranian Embassy in London flashed up live on our TV screens. The operation to rescue embassy staff was a stunning success and it catapulted the SAS into the headlines. Today it is one of the most famous and feared military outfits in the world. But publicity is the last thing the regiment seeks.

Chris Ryan labels the media circus that surrounds the SAS a ‘curse’, and he should know. Ryan is one of the regiment’s most famous sons, a veteran who is also the bestselling author of numerous fiction and non-fiction books, including The One That Got Away, the story of his escape from Iraq during the Gulf War. 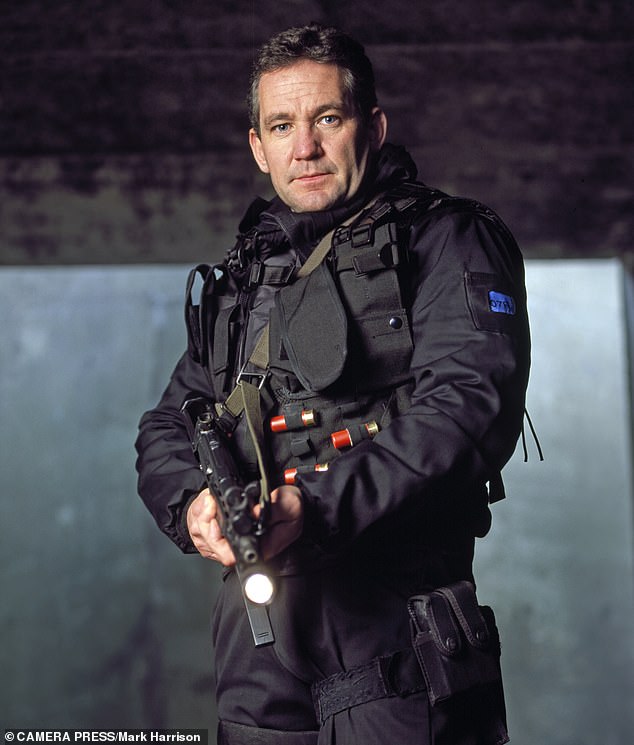 The SAS was formed during the Second World War, but its modern incarnation dates from the Fifties, when British troops had to quell a communist insurgency in Malaya. Operating in small groups in hostile jungle terrain, the SAS had an impact out of all proportion to its numbers, perfecting not only its military skills but also trust-building among indigenous peoples.

These lessons were then applied in theatres as diverse as Aden, the Falklands and Sierra Leone. All of these actions and more are described in detail in Ryan’s vivid regimental history. He pulls no punches in his criticism of top brass and politicians who have sent men into battle with inadequate training and shoddy equipment.

His words should serve as a warning at a time of military cutbacks. The SAS may be masters of unconventional warfare but they are not supermen, Ryan insists. Perhaps not, but we can all sleep more soundly knowing they are on our side.

The working-class women who modelled for, and even married, members of the Pre-Raphaelite artistic circle were usually portrayed as little more than groupies. With their luscious curly hair, bee-stung lips and Insta-brows, beauties such as Jane Morris, Lizzie Siddal and Fanny Cornforth may take up a lot of canvas, but they don’t get much credit for being equal partners in the making of some of the most revolutionary art of the Victorian era.

Instead these ‘stunners’, as they were condescendingly known, are consigned to the role of ‘muse’, a passive creature whose job it was to sit and suffer and stir up their Great Men to new levels of creative expression. No wonder so many of them came to a sticky end: Siddal committed suicide, Morris endured years of depression and Cornforth finished her days in a lunatic asylum.

But to write these women off as victims would be a huge mistake, argues pioneering art historian Jan Marsh in this seminal work, which has been reissued to coincide with a major exhibition on now at the National Portrait Gallery (until January 26). 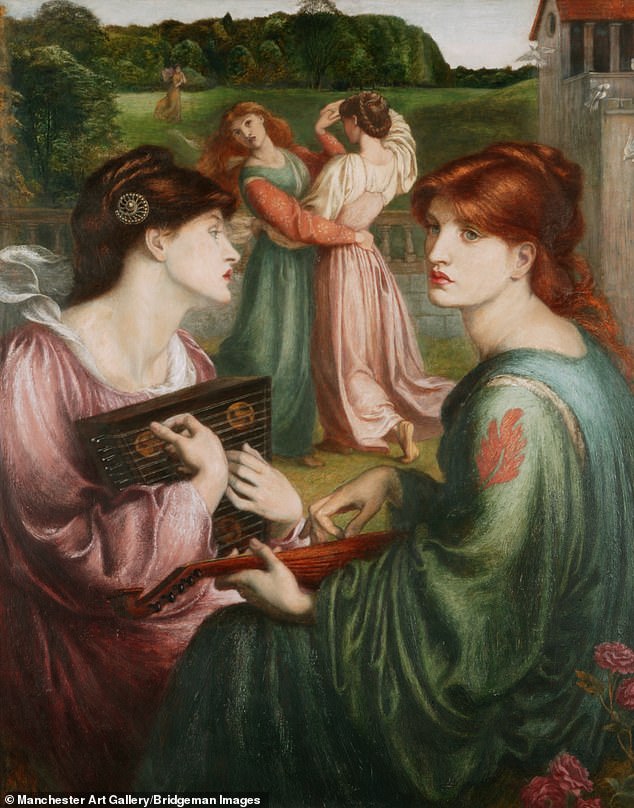 Jan Marsh’s seminal work has been reissued marking the National Portrait Gallery’s show dedicated to the female Pre-Raphaelites. Above: The Bower Meadow by DG Rossetti

Instead, using the latest biographical research to update her classic study of the women who lived alongside the Pre-Raphaelite Brothers, Marsh shows that many of these ‘sisters’ had significant artistic skills themselves, not to mention a fair degree of ambition. Siddal, who had a long, unhappy relationship with D G Rossetti before killing herself as a result of his infidelity, was a fine artist in her own right.

Morris, meanwhile, was more than just an exquisite face. While her dramatic looks provided constant inspiration both to her husband William Morris and to her lover Rossetti, her skill as an artistic needlewoman went a long way towards fixing in the general public’s imagination the Pre-Raphaelite aesthetic: medieval tapestry motifs reimagined for the industrial age.

Not all the ‘sisters’ found such satisfaction. Georgiana Burne-Jones, a middle-class minister’s daughter who married Edward Burne-Jones, admitted that she had ‘fallen behind’ her husband when it came to artistic achievement because it didn’t seem worth investing in her ‘tolerable skill’ when she was surrounded by such stand-out genius. Today, we would wonder whether she was limiting herself because she was worried about outshining her husband.

Marsh is too scrupulous a scholar to pretend that every woman who crossed paths with the Pre-Raphaelites was a genius oppressed by the patriarchy. On the other hand, she has found some extraordinary stories about the ways in which these women contributed to what was still a family business – ordering paints, making costumes, sending out invoices, fixing lunch for everyone in the studio. This is popular art history at its best.

So, Anne Boleyn! Think you know her, right? Think again! Welcome to the breathless, collar-shaking style of Hayley Nolan, a popular historian signed up by Little A Publishing (Amazon’s venture into publishing).

Nolan’s online presence tells you how dazzling she is. She’s a presenter of a hit iTunes series, The History Review (only three episodes are online; it’s not currently available on iTunes), and her Twitter account claims she’s a No 1 bestselling biographer. Given this book is her debut and wasn’t out beyond Amazon until this month (ranking 7,576 at the time of review), this is confusing.

A quick check of primary sources: she was No 1 in Amazon’s movers and shakers chart in July, for a day. If appearing a watertight authority on facts is a priority for Nolan, she’s off to a shaky start. 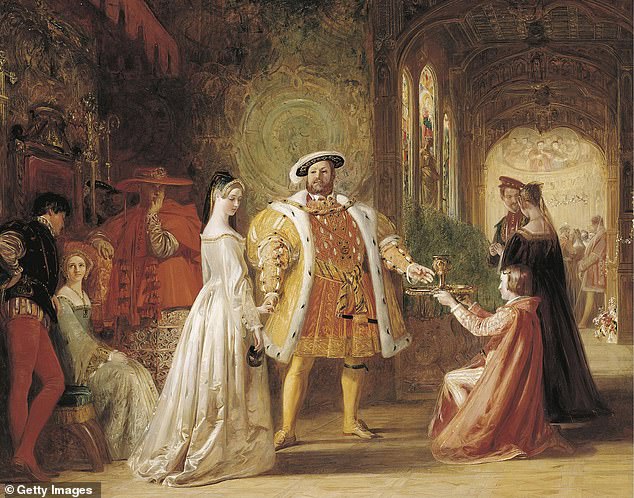 Hayley Nolan’s breathless history of Anne Boleyn (above, depicted meeting Henry VIII for the first time in a painting by Daniel Maclise) is billed as revolutionary but is anything but

She also doesn’t mention any conventional academic qualifications, but this might not matter: enthusiasts and autodidacts often bring refreshing perspectives to well-worn subjects. And Nolan has clearly put in the hours. Her book teems with material from the papers of Eustace Chapuys (the Spanish king’s ambassador to England), our National Archives and many sources online, though she buries other experts in her footnotes.

The acknowledgments also suggest that the work of historian Eric Ives was her inspiration. His 1986 book The Life And Death Of Anne Boleyn was among the first to reassess her as an independent, intelligent agent of the Tudor court. Nolan’s agenda goes further, however. Her work is nothing less than a feminist deconstruction of Boleyn’s wild reputation. The hashtag Nolan is using to promote the book – #TheTruthWillOut – suggests she gets this topicality also, in the age of #MeToo.

Anne Boleyn had a normal number of fingers. The rumour that she had 11 was begun after her death in order to discredit her.

What’s odd is that this take is presented as incredibly revolutionary. It’s as if other sides of Anne Boleyn haven’t been everywhere in recent years. Maybe Nolan missed Hilary Mantel’s Wolf Hall, or her Booker-winning follow-up, Bring Up The Bodies. Nolan’s tone also ranges from spirited and funny (occasionally) to naive and annoying (often).

You question Amazon’s influence here, keen for its new books to be, as they put it, ‘conversation starters’. Hey, sometimes conversations are better nuanced and without italics, OK? So, listen up, guys. Or off with your heads.