The actress was allegedly hurt after an explosion was set up on the Boston movie set and glass shattered.

In photos obtained by Dailymail.com, Lawrence is seen on the ground as several bystanders rush to her aid during filming in Brockton, Massachusetts. 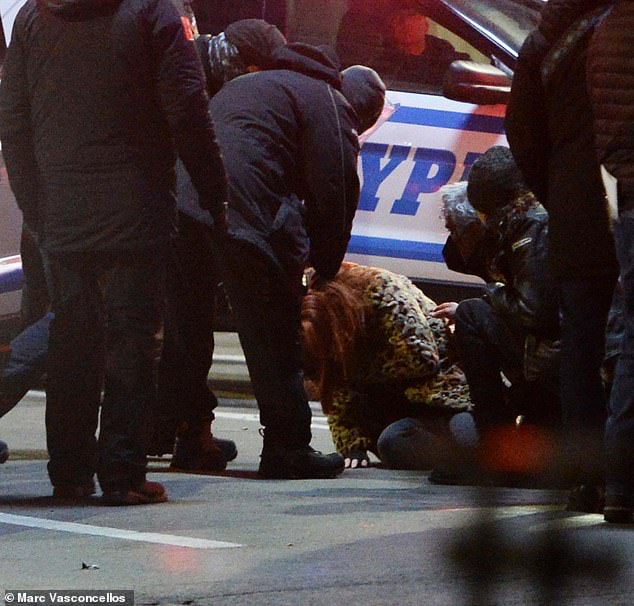 ‘An explosion was set up for a stunt in which glass shatters,’ a source told Page Six. Some glass hit Jennifer’s eye, the source said

The actress, sporting a vibrant red wig, appears to be holding her hand up to her face in pictures taken by Enterprise News staff photographer Marc Vasconcellos.

A source told Page Six that some glass hit Jennifer’s eye but she is doing okay.

‘An explosion was set up for a stunt in which glass shatters,’ a source told the website.

It appears that the actress was filming a riot scene as boarded up buildings could be seen in the background, along with two actors in costume as NYPD law enforcement.

Filming on the political/ disaster movie was reportedly halted on Friday following the incident.

The 30-year-old star plays an astronomer who embarks on a high-profile media tour to warn humankind of a rapidly approaching asteroid that is set on a collision course with Earth. 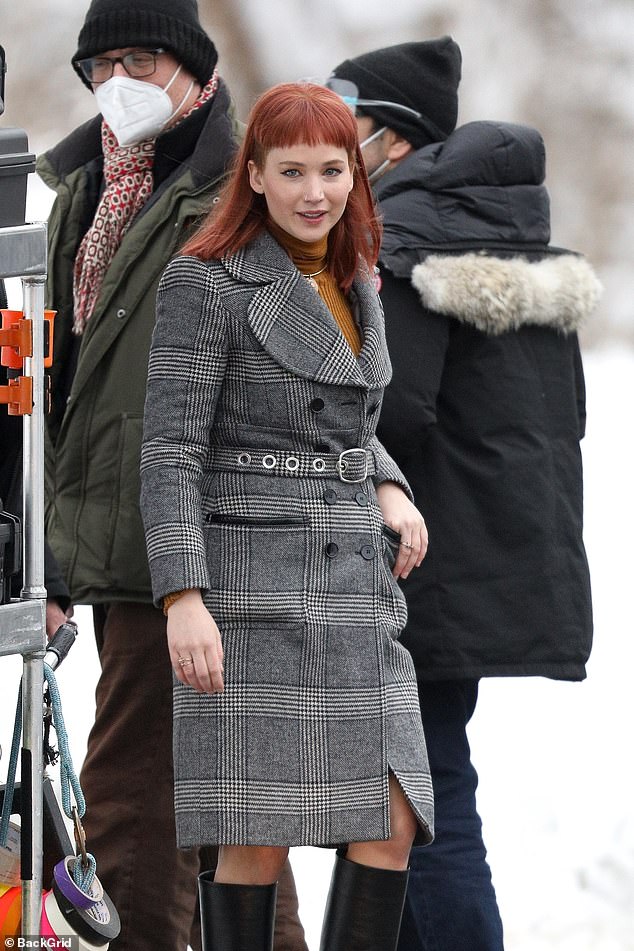 She’s okay: Lawrence has been filming Don’t Look Up in Boston since November. Seen here on February 3 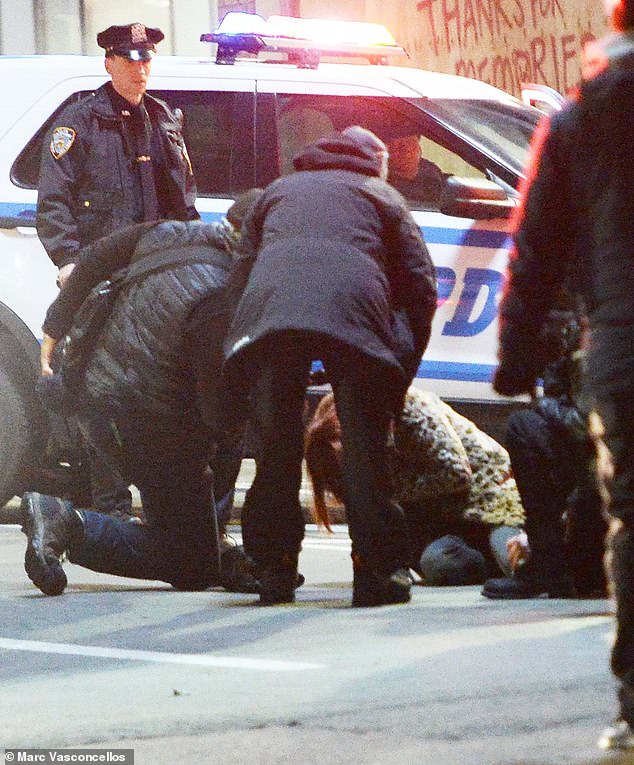 Hurt: Several bystanders rushed to Lawrence’s aid as she sat on the ground with her head bowed 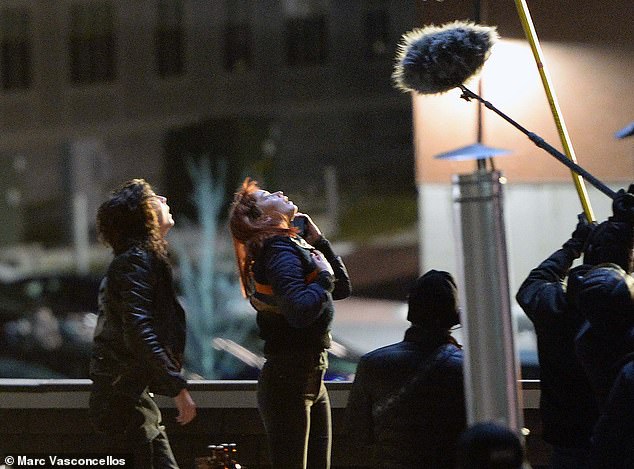 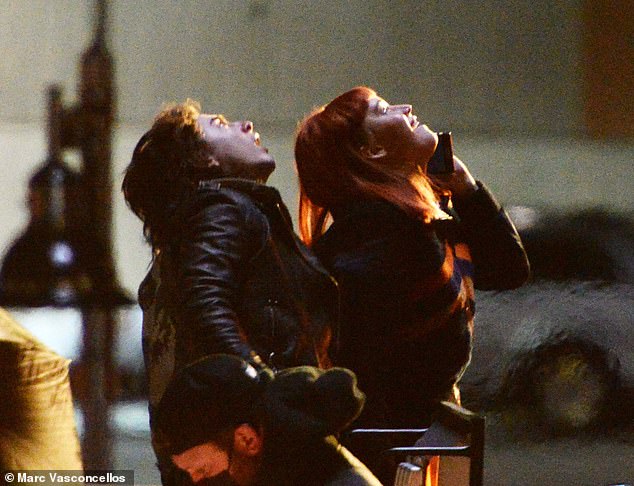 Action-packed: The actress plays an astronomer who embarks on a high-profile media tour to warn humankind of a rapidly approaching asteroid that is set on a collision course with Earth

Also making an appearance will be Ariana Grande, Tyler Perry and Rob Morgan.

The project was first announced in 2019 and was originally set to be distributed by Paramount Pictures before Netflix acquired the rights to the film the following year. 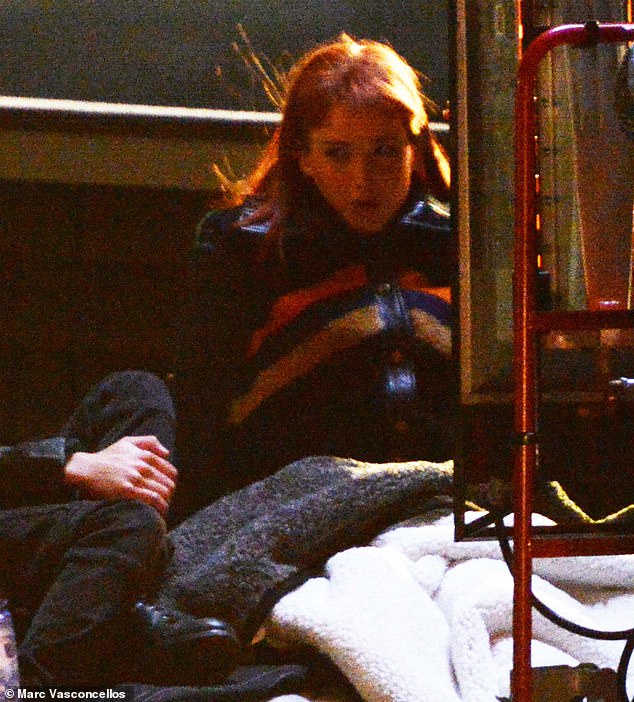 Boston set: The actress could be seen bundled up under some blankets as she sat with Chalamet

Adam McKay is directing the action flick. He also wrote its screenplay and serves as one of its producers.

Production was delayed because of the pandemic last year, but commenced in late November in and around the Boston metropolitan area.

Don’t Look Up currently has no scheduled release date. 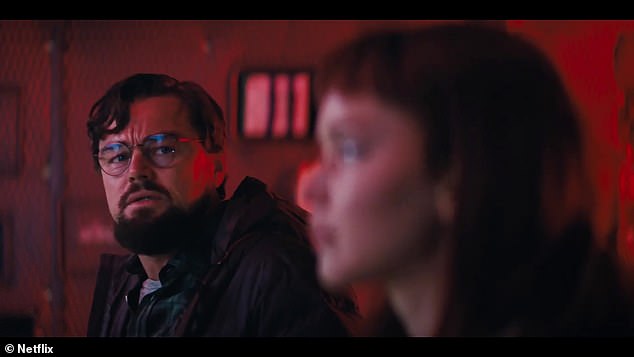 Coming soon: A brief clip of the movie was unveiled last week when Netflix showcased its 2021 offerings