Cork is on the way up. A soon-to-be popping Cork with a bubbly future, as more big corporations join the likes of Apple and Amazon in setting up offices here to take advantage of low overheads and an easy-going pace of life.

At least, that’s what we keep hearing. ‘I’m not sure what it must have been like before it was on the way up,’ says my wife Joanna as we walk past abandoned warehouses, boarded-up shops and all kinds of tattoo parlours along Washington Street on the way into the city centre.

We’re here for a short break to celebrate both our wedding anniversary and Joanna’s birthday. She’s never been to Ireland before and sounds dismissive, while I’ve often come here and have always loved the country.

Oh dear, I’m not sure it’s going to be her sort of place. She doesn’t drink stout, has no interest in rugby and would rather spend an evening with Julian Assange than step into a tattoo parlour.

Thankfully, I’ve come up trumps with our hotel – The River Lee, part of the Doyle Collection. It used to be a Jury’s Inn, but has been transformed, with new bars, a terrific restaurant and staff brimming with enthusiasm. Our modern room is above the River Lee with views over the city, especially of the famous St Anne’s Church bell tower.

We feel lucky to bag a berth because Rod Stewart’s in town, attracting fans from all over Europe. ‘I’ve always wanted to come to Ireland and always longed to see Rod Stewart,’ a bubbly Dutch woman tells us in the lift.

‘So I’m doubly happy.’ Double measures of happiness is an Irish speciality and it’s this which over the next 48 hours wins Joanna over. Dinner on our first night at Gallaghers bar and restaurant (so named after Cork’s guitar legend Rory Gallagher) on the corner of Patrick’s Hill and MacCurtain Street plays its part.

Family run, upbeat, honest food, live music and prices that make London look plain silly all make for a special evening, especially when afterwards we wander 50 yards down the road to Sin E, a traditional Irish music pub which first opened its doors in 1889. 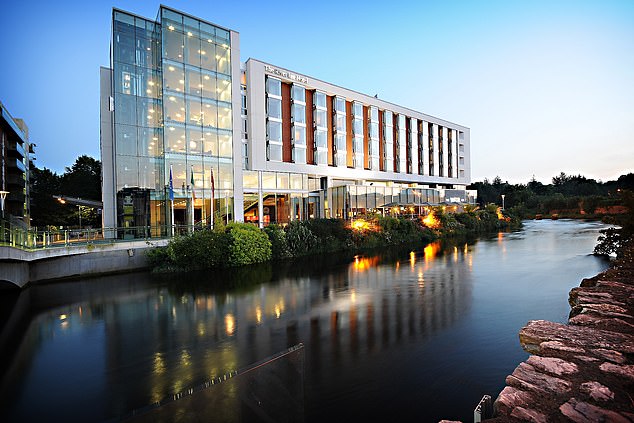 The River Lee Hotel, part of the Doyle Collection, sits on the waterfront

Its name literally translates at ‘That’s it’ in reference to the funeral parlour next door. It’s fair to say you will rest in peace here for a couple of hours, with poems, posters and postcards pinned to the ceiling and a carving inspired by Austin Clarke’s poem, The Planter’s Daughter at the gable end. At a table in the corner sit three men and a woman, who interchange between the fiddle, clarinet, accordion and acoustic guitar.

Such is the friendly and forgiving atmosphere that every glass here is always half full.

With direct flights from the UK, Cork is a good entry point for exploring the south of the country and in particular a section of the Atlantic Way.

We go as far as Bantry Bay to the west, marvelling at the views and imagining what it must have been like in 1689 when on two occasions the French navy sailed in to support James II against William of Orange. 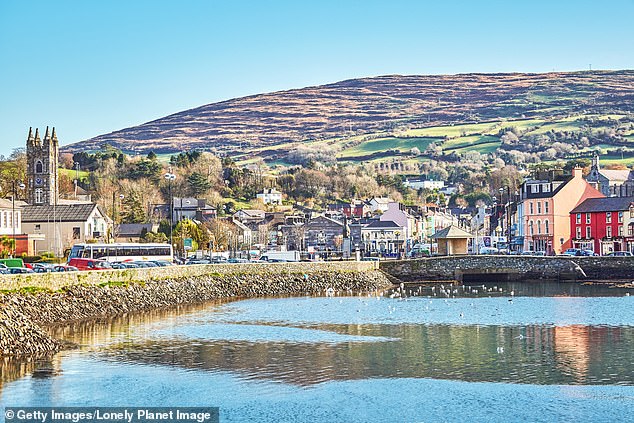 Good hospitality rules the roost in Ireland and no more so than in pretty Kinsale, where we arrive for a stupendous lunch at The Bulman, next to Charles Fort. Lobster, crab and oysters are all on the menu, again at prices that have me chortling into my pint of Murphy’s.

A word about Murphy’s. Whereas Guinness is very much a Dublin tipple, Murphy’s belongs to Cork and, given the competition between the capital and Ireland’s second biggest city, it seems almost rude to ask for a Guinness.

Cork likes to think of itself as the real capital of Ireland – or, as one local, puts it: ‘We are the most balanced people in the country – we have a chip on both shoulders.’ We make it to Cobh before sunset but not in time to visit the Titanic Experience, a tourist attraction housed in the original White Star Line Ticket Office. It is here that 123 passengers boarded the fated ocean liner on April 11, 1912. 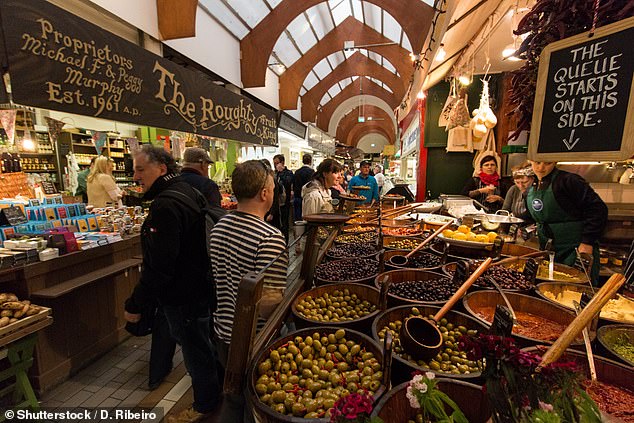 The produce of the city’s traditional English Market

Next morning, we head for Cork’s wonderful English Market and wonder how on earth all the stalls can make money when so many are selling exactly the same cuts meat, and then on to St Anne’s Church, where you get to ring the 18th-century bells and see the workings of one of the largest caged clocks in Europe.

It’s been a fleeting two-night visit, but we both leave feeling far better about the world than we did on arrival.

Frankly, I never doubted Irish charm for a second.

The River Lee (doylecollection.com) has doubles from £153 per night. Taste The Island, a celebration of Ireland’s food and drink continues until November 30, ireland.com/tastetheisland. Ryanair (ryanair.com) flies to Cork from Gatwick, Stansted, Luton and Liverpool.