Theresa May is set for a new row with her cabinet over planning for a No Deal Brexit with her allies again warning it could break up the UK and be ‘immensely disruptive’ to the economy.

The Prime Minister is still hoping MPs will back ‘new and improved’ deal next month – but will bill it as the last chance for Britain out of the EU without crashing out.

Backing up Mrs May today, Health Secretary Matt Hancock said: ‘If people don’t vote for the bill, there will be no vehicle to take us out of the European Union’.

And speaking in Geneva Foreign Secretary Jeremy Hunt said: ‘I would never advocate a no-deal Brexit, I think it would be immensely disruptive economically’.

But yesterday Rory Stewart, the new international development secretary, said No Deal must come off ‘off the table’ for god and so should a second referendum.

He is understood to have the backing of several other remainer ministers.

The weekly meeting of the Cabinet on Tuesday is expected to sign off on a package of measures to be included in the forthcoming Withdrawal Agreement Bill (WAB) aimed at winning cross-party support.

Brexit Secretary Stephen Barclay has said that the Government must now ‘prepare for No Deal’ if MPs throw out Mrs May’s deal for a fourth time.

Mr Barclay has the backing of new Defence Secretary Penny Mordaunt and Leader of the House of Commons Andrea Leadsom who also want planning stepped up before October 31. 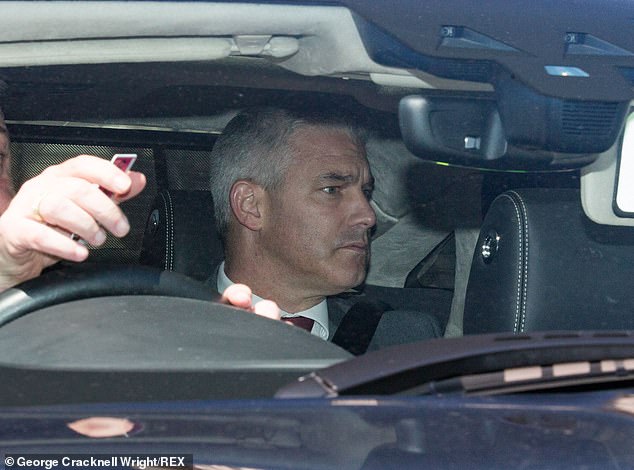 Theresa May’s chief of staff Gavin Barwell has reportedly claimed that No Deal would lead to a border poll on the reunification of Ireland, breaking up the UK.

Mr Barwell also said that Scotland would also follow, and tensions could rise in Wales, according to the Financial Times. 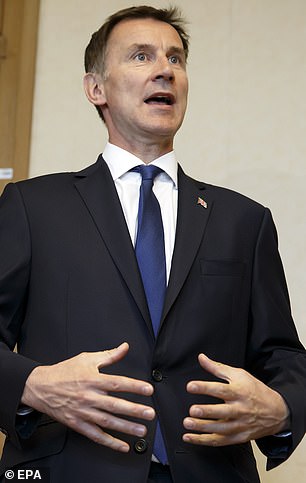 The EU will not renegotiate the Brexit withdrawal deal regardless of who the UK’s next prime minister is, Ireland’s foreign minister has warned.

Simon Coveney described political events at Westminster as ‘extraordinary’, as he questioned the logic of politicians who believed a change of leader would deliver changes to the agreement struck by Theresa May.

‘The EU has said very clearly that the Withdrawal Agreement has been negotiated over two-and-a-half years, it was agreed with the British government and the British cabinet and it’s not up for renegotiation, even if there is a new British prime minister,’ he said.

In a scathing assessment of the political situation in the UK, Mr Coveney told RTE that Britain could trigger a no deal by ‘default’ if its MPs failed to get their act together.

He said he believed Mrs May was a ‘decent person’ trying to find a middle ground position, but had been thwarted by an ‘impossible’ Conservative Party.

There is widespread scepticism at Westminster that it will fare any better than her three previous failed attempts to get the Commons to pass the deal.

Following the collapse last week of cross-party talks with Labour aimed at reaching a common approach, Jeremy Corbyn said he had not yet seen anything new that would persuade him to support it.

It comes at the start of what looks likely to be another torrid week for the Prime Minister with the Conservatives braced for a hammering at the hands of Nigel Farage’s Brexit Party in the European elections on Thursday.

One weekend poll put them in a humiliating fifth place behind the Greens, with the results likely to exacerbate frustration in the party at the failure to leave the EU in March as planned.

Labour – which has been criticised for facing both ways on a second referendum – is also expecting a difficult result with the same poll showing them in third place behind the Liberal Democrats.

A Government source said the WAB – which is needed to ratify the deal with Brussels – would include new measures on protecting workers’ rights, an issue where agreement with Labour was said to have been close.

However, the source made clear the package would not just be aimed at Labour MPs but would seek to secure the widest possible support across the Commons.

It is expected to include provisions on future trade arrangements with the EU, on environmental protections, and on Northern Ireland, including the use of technology to avoid the need for border controls with the Republic.

Ministers will also consider whether to put any of the alternative approaches to indicative votes in the Commons to establish which, if any, can command a majority.

It will not, however, seek to re-open the Withdrawal Agreement – which included the controversial Northern Ireland ‘backstop’ – after the EU repeatedly made clear it could not be re-negotiated.

Mrs May has said she will bring the WAB before MPs for its second reading vote in the first week of June following the short Whitsun recess.

Regardless of how the vote goes, she will then meet the chairman of the Tory backbench 1922 Committee, Sir Graham Brady, to agree a timetable to elect her successor as party leader, paving the way for her departure from No 10.

The Prime Minister expected to set out details of her WAB proposals in a major speech before the end of the month.

Downing Street said Mrs May was expected to talk to ministers in advance of Tuesday’s Cabinet meeting but could not confirm when the WAB will be published.

‘We have been working on that piece of legislation for a long time so the vast bulk of the work is completed but there is still work ongoing,’ the Prime Minister’s official spokesman told reporters.

Asked how the WAB would be different to the deal previously voted on, he said: ‘I think ministers have set out that they had good discussions with the Opposition in relation to areas such as workers’ rights and environmental protections.’