Downsizing pensioners should get one stamp duty-free move, says Saga

Saga has called for one stamp duty-free move for homeowners choosing to downsize in retirement.

The over-50s specialist argues that cutting the cost of moving house for pensioners will help free up homes for those further down the ladder, helping to stimulate the housing market and ultimately benefiting first-time buyers.

It argues that by shaving thousands of pounds or more off tax bills for purchasing a property, older homeowners will be encouraged to move out of houses that have become too large for them – with a trickle down effect benefiting all home buyers.

Saga is not the first to call for a stamp duty exemption for retirees. In 2017 both the London School of Economics and the Centre of Economic Business Research threw their weight behind scrapping stamp duty for older buyers, as did think tank Demos on retirement housing last year.

And pensioners themselves seem to agree. A Yougov poll last year found that 22 per cent of over-65s would consider moving house if stamp duty was abolished, potentially freeing up millions of homes.

Support for the policy is creeping up among this demographic. Research by Saga found that 73 per cent of over-50s would support one stamp duty free move for those downsizing, up from 70 per cent in 2017.

This latest policy suggestion differs from those before in that Saga is calling for retirees to be allowed just one stamp duty-free move in order to downsize to a smaller property in old age, rather than a general exemption for home buyers over-65.

Who would this benefit?

Why does Saga think the exemption should be ‘one time only’?

Saga are the first to recommend a one-time exemption for retirees looking to downsize, rather than a blanket exemption for the over 65s.

Jeff Bromage said: ‘There are millions of over 50s who are currently “trappe”‘ in their homes due to the high costs of moving and so this stamp duty break would enable them to move into a home which is better suited for their needs.

‘A one-time exemption is not only easy for the Government to implement, due to the pre-existing model to copy, but will also ensure that this break would only be used in the spirit with which it was designed, as opposed to some using it for tax breaks across different properties.

‘We will continue to lobby the Government for this exemption and, with increasing numbers supporting our activity, we are hopeful to see change.’

On the surface there are some obvious benefits to encouraging pensioners to downsize.

First, there is the quality of life argument. In many cases, when adult children have flown the nest, retirees are left with houses with more rooms than they need.

Larger homes can be hard to maintain in older age, and moving to a smaller place can make things more manageable.

In areas of the country where house prices are high a move can be expensive though.

A one-time stamp duty exemption would take some of the financial sting out of moving to a smaller property.

Critics argue that long-term homeowners downsizers are likely to have seen large gains from property inflation over the years and can cash in on this tax-free due to there being no capital gains tax to pay on main residences. 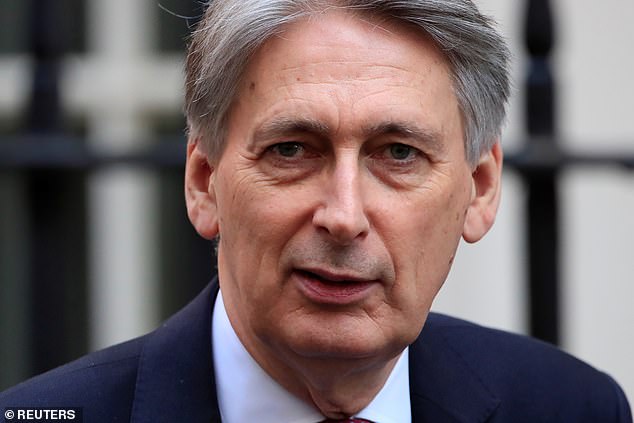 There can also be financial benefits to encouraging downsizing. More retirees than ever are turning to products such as equity release to supplement pension income. Downsizing is a way to release equity from a property without exposing yourself to borrowing more money and the risks involved with these products.

Should downsizing pensioners get a stamp duty break?

But proponents of this policy argue that the benefits extend far beyond those directly involved, believing that freeing up larger houses at the top end of the chain is healthy for the housing market as a whole.

Freeing up larger houses increases the level of stock available to families further down the chain, making their second or third move. In theory this then has a knock-on effect, all the way down to first-time buyer level.

Jeff Bromage, managing director of Saga Money, said: ‘For many years we have been calling for stamp-duty free breaks to increase liquidity in the market.

‘It was great that the Government acted to help first time buyers, but this is only part of the solution. More needs to be done to help free up more family homes to the market in order to continue the supply of first homes.

‘With nearly three quarters of the over-50s supporting this stamp duty break, and with this figure continuing to rise year-on-year, we are urging the Government to reconsider this exemption, both to support potential downsizers, their families and the wider housing market.’

How does stamp duty affect the housing market?

Because stamp duty is paid by buyers, it makes the upfront cost of buying a property higher than it otherwise would be.

First-time buyers now have a stamp duty exemption up to £300,000, and five years ago bills were eased for some home buyers further down the price ladder in reforms introduced by then-Chancellor George Osborne.

While costs are now generally lower for most people due to these reforms, they are higher for more expensive properties and those critical of the tax still argue that it has put downward pressure on the number of properties changing hands, in effect helping to freeze up parts the market.

Housing transactions have fallen since the 2008 financial crisis peak of around 1.26million a year.

And though the level of transactions has been slowly recovering in the decade since, last year the number of residential property sales recorded by HM Land Registry in England and Wales fell 4.7 per cent to 855,879.

A  2017 CEBR report claimed that 146,000 more transactions would have taken place over the five years to June 2017 if stamp duty had been entirely removed at the start of the period, representing a 2.5 per cent bump in the number of properties changing hands across the UK.

How much tax would you have to pay on a home or buy-to-let?