Dozens of migrants arrived in Britain this morning after crossing the English Channel in small dinghies following a change in weather conditions.

The group are the first migrants to arrive in the UK from France since last Thursday after windy weather prevented the treacherous 21 mile journey across the Straits of Dover in small boats.

But at least three dinghies made it to British waters today, as well as three men on an inflatable kayak.

It is understood around 30 people, including women and children were detained by Border Force officers on cutters in the English Channel and brought into the Port of Dover, although this has not been confirmed by Home Office officials.

They were then handed over to immigration officers for their asylum claims to be processed. 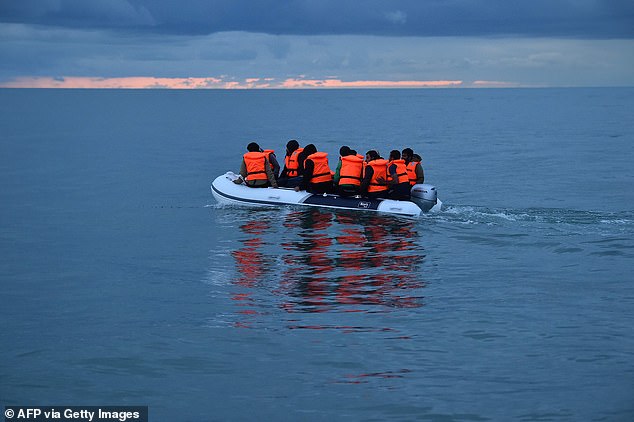 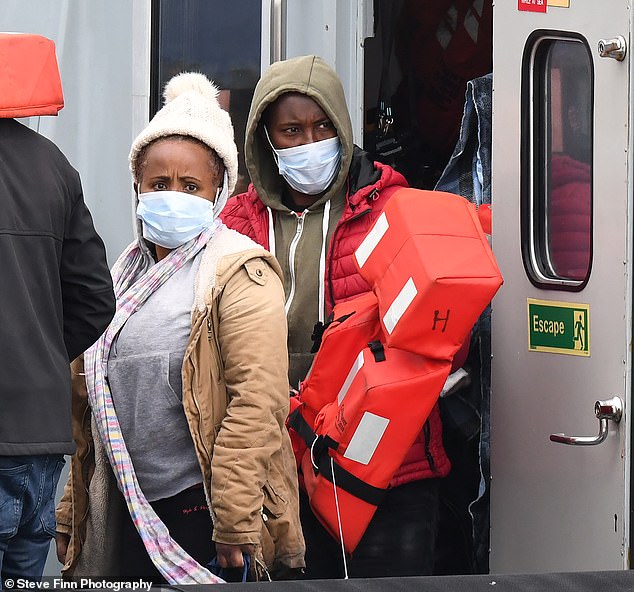 Women and children are among the group brought ashore, having travelled in three dinghies

Last Thursday a total of 26 Sudanese males were picked up in three boats – taking the year’s total to 5,025.

‘France is a safe country with a fully functioning asylum system – those seeking refuge can and should claim asylum there.

‘I am working with my counterparts in France daily to make this route totally unviable and through our joint intelligence work we have prevented many more migrants from leaving the French coastline today.

‘We continue to return those who do not have a legitimate asylum claim despite barriers to removals under the Dublin Regulations and legal challenges.’

It comes after it was revealed yesterday that an Army drone previously used in Afghanistan is to fly over the English Channel to monitor migrant boats as the crisis continues.

The Watchkeeper drone will be used to help tackle the dangerous crossings, the Ministry of Defence has confirmed.

It is the first time the eye-in-the-sky war technology, which has been used by the Army in Afghanistan, will fly in the UK operationally. 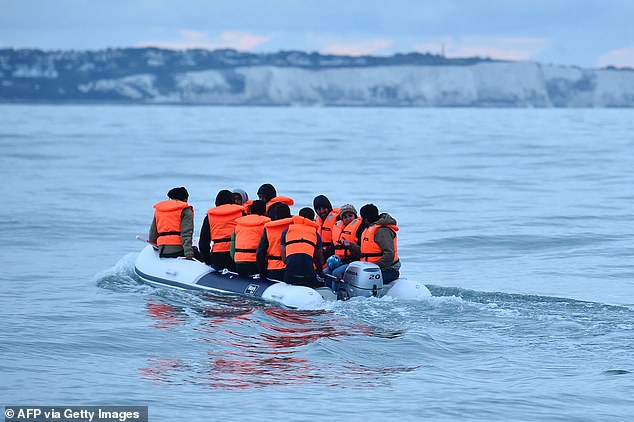 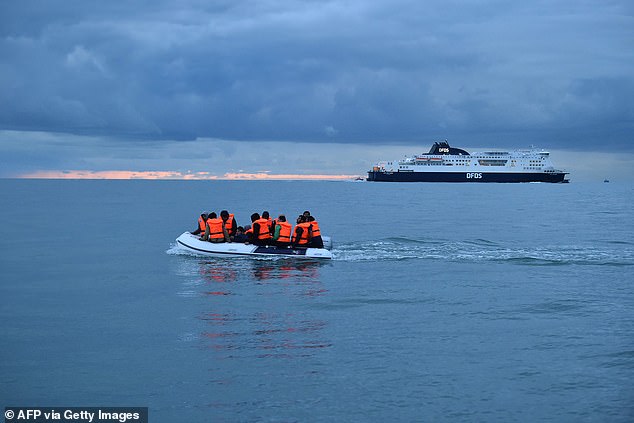 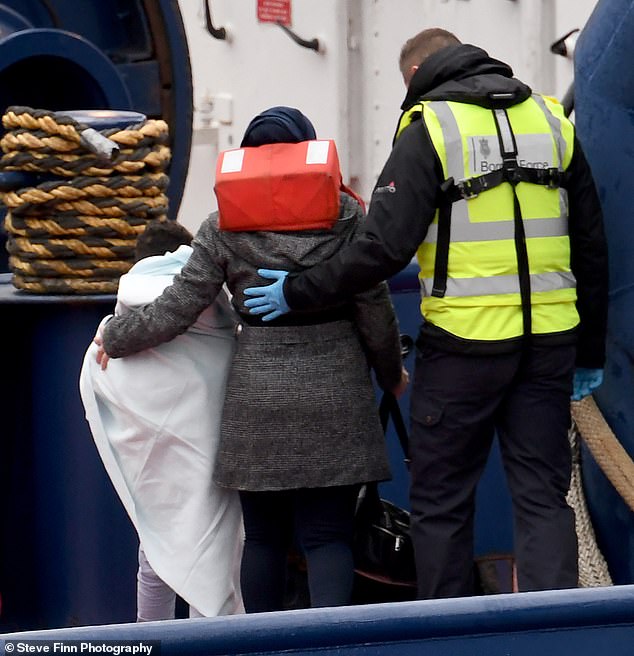 Women and children were among the group of migrants, the first to land in the UK since last week 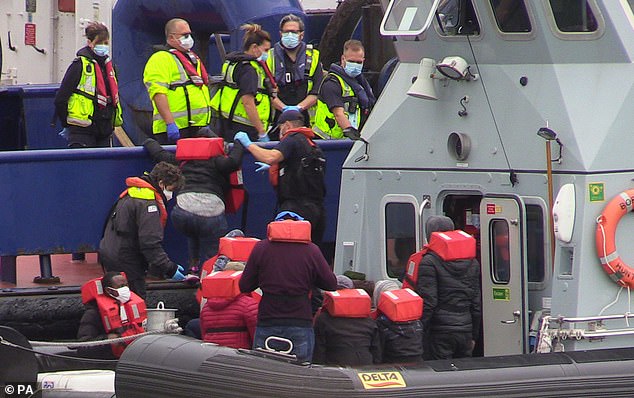 Migrants arriving this morning. Last Thursday a total of 26 Sudanese males were picked up in three boats – taking the year’s total to 5,025

It comes as migrants continue to risk the dangerous seas in the Dover Strait, though bad weather has limited crossings recently.

Meanwhile, the Royal Navy is considering deploying small patrol boats to the Channel to assist the Border Force.

She earlier warned France the UK will not cough up millions of pounds for anti-migrant patrols unless it agrees to take back more refugees as she prepares sweeping changes to the ‘broken’ immigration system.

The Home Secretary told Tory MPs that she was preparing legal changes that would ‘send the left into meltdown’.

In a Zoom call with hardline backbenchers she suggested that the system was being ‘exploited by leftie Labour-supporting lawyers’ who were doing everything they could to stop the Government removing people.

And she said that France’s demand for £30million to fund Channel patrols and surveillance would be dependent on it taking in more of those seeking to get to the UK.