Dozens of taxi drivers this week stormed an Indonesian hospital morgue to claim the body of baby that was being held as collateral over unpaid medical bills.

Six-month-old Alif Putr died in surgery on Tuesday morning, but was being kept by M Djamil Hospital in, Padang, Indonesia until his parents paid the 25 million rupiahs ($1,774; £1,370) owed.

By Tuesday afternoon the body had not been released despite his parents’ request for a Muslim burial – in Islam it is customary for the body to be buried as quickly as possible, often on the same day as death.

Outraged that the parents were being denied their wishes dozens of taxi drivers, colleagues of the child’s uncle who is also a taxi driver, decided to act by entering the hospital in force and carrying the baby out.

Phone footage captures the moment the powerful group, dressed in their green uniforms and helmets, gather to storm the hospital overwhelming security.

They respectfully leave moments later as little Alif is carried in the arms of one taxi driver.

Wardiansyah, one of the convoy involved in retrieving Alif, told the BBC: ‘We took action after finding out the family couldn’t take their child for burial because they couldn’t pay the 25 million rupiahs in bills they owed.

The Indonesian taxi drivers can be seen approaching the M Djamil Hospital in, Padang, to take the body of Six-month-old Alif Putr, who died on Tuesday, and return him to his family

‘The security officers tried to stop us, but they gave up because there were so many of us.’

Speaking at the baby boy’s funeral his mother Dewi Surya said: ‘The hospital wanted us to pay the bill, the administration process was being dragged out.

‘The drivers were angry. So they took Alif by force. Poor Alif was waiting too long in the morgue’, reports the BBC.

She said that the family had been in the process of signing up for the universal healthcare program rolled out under President Joko Widodo, but Alif had got sick before they could register. 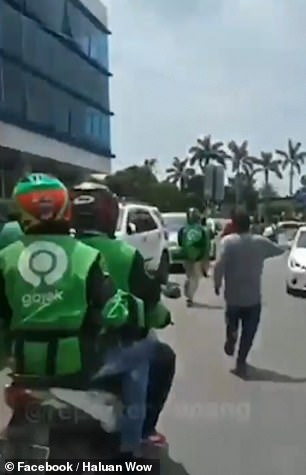 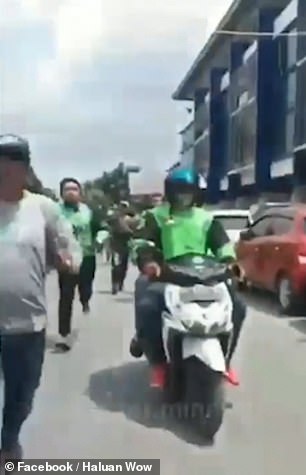 The taxi drivers decided to act on behalf of their colleague who was the uncle of Alif Putr. After the incident they apologised to the hospital for the actions they felt they had to take

The scheme has faced many funding and enrolment problems leaving many poor families without cover after they failed to join.

Debate over the practice of keeping children’s bodies until parents can pay their medical bills has reopened after the shocking video went viral across Indonesia.

A number of similar cases have occurred in past years throughout the country.

In 2016 a couple claimed they were stopped from taking their healthy newborn child home from Cipto Mangunkusumo Hospital in Jakarta, Indonesia, until they paid the bill for the delivery. 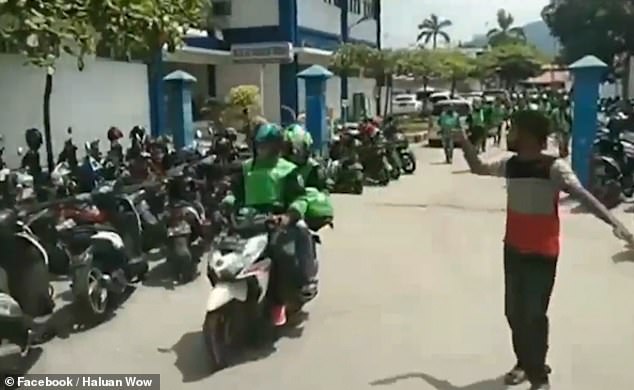 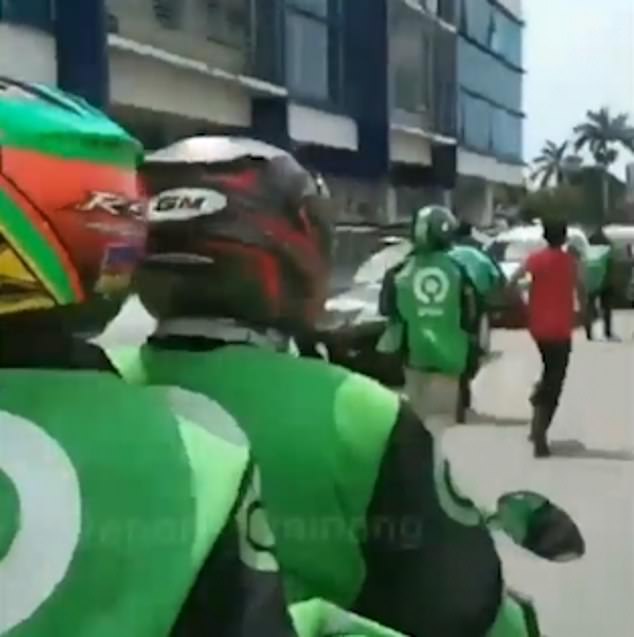 M Djamil Hospital has since apologised for keeping the dead child from its parents claiming that the incident had been a misunderstanding – the board have now covered the medical bills.

Director Yusirwan Yusuf told the BBC: ‘The hospital only found out about the family’s condition when they filed a complaint with our official.

‘We are a public hospital and we never even ask patients whether they have money to pay for treatment.’

The taxi drivers have also apologised for their actions and said they hope the good name of the hospital can be restored.