One of the most widely respected public health officials in the United States has said he thinks there is no reason not to vote in-person in November, ‘if carefully done’.

Dr Anthony Fauci, director of the National Institute of Allergy and Infectious Diseases, told National Geographic on Thursday that he felt in-person voting was not impossible, even given the coronavirus pandemic.

‘I think if carefully done, according to the guidelines, there’s no reason that I can see why that not be the case,’ he said.

‘For example, when you look at going to a grocery store now in many regions and counties and cities that are doing it correctly, they have ‘X’s every six or more feet.

‘And it says, Don’t leave this spot until the person in front of you left their spot.

‘And you can do that, if you go and wear a mask, if you observe the physical distancing, and don’t have a crowded situation, there’s no reason why you shouldn’t be able to do that.’

The question of voting by mail has become a huge political dog fight.

Donald Trump and his supporters insist that mail-in ballots are not secure, and could lead to a compromised election.

Joe Biden and his supporters argue that postal votes are perfectly acceptable – accusing Trump of wanting to lower voter turnout, and make it harder for people in less affluent, well-resourced areas to vote.

Fauci said that mail-in voting would be appropriate for a person who ‘is compromised physically or otherwise’.

He concluded: ‘So there’s no reason why we shouldn’t be able to vote in person or otherwise.’ 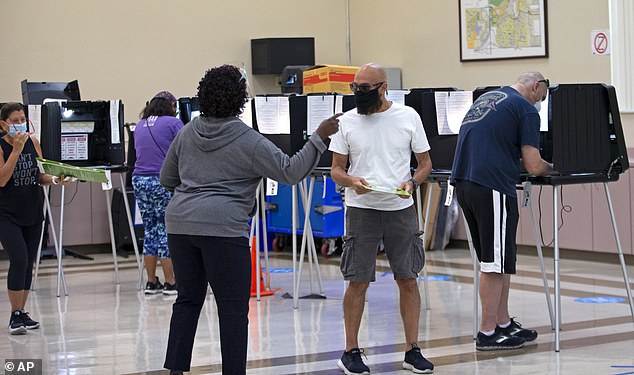 Fauci said that, provided protocols were followed, voting in-person could be done safely 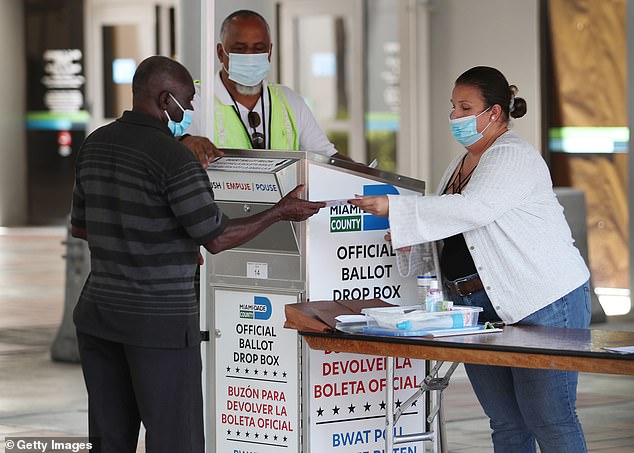 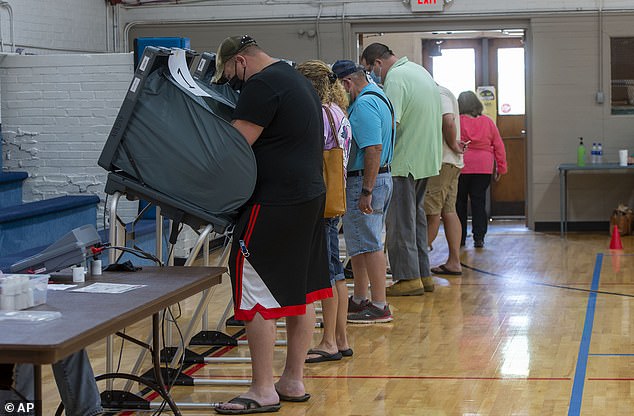 Fauci’s comments came as Democrats and Trump are locked in a stalemate over funding for the U.S. Postal Service.

Democrats had pushed for $25 billion for the post office and $3.5 billion for vote-by-mail efforts, though it appeared that negotiators had settled on $10 billion for USPS in the most recent round of negotiations.

Democrats, who have effusively praised Fauci throughout the course of the pandemic, say the additional money is necessary so people don’t have to risk their health by going to the polls in person.

Trump said Thursday that near-universal vote-by-mail isn’t going to work without that additional money, which is holding up broader negotiations on the next coronavirus relief package.

He has warned that mail-in voting would result in ‘a fraudulent mess’.