DR ELLIE CANNON: Could pills for Lyme disease actually be making it worse?

I’ve just finished a second round of antibiotics to treat Lyme disease, but I am still experiencing symptoms such as burning skin, muscle pain and shivers. Are the antibiotics making things worse – or is Lyme disease not the problem after all?

Lyme disease is a nasty bacterial infection caught from a tick bite. But not every tick will carry the bacteria, and even the ones that do might not infect you.

The bite has to remain in the skin for a certain amount of time in order to infect.

There are between 2,000 and 3,000 cases every year in England and Wales – with areas such as the New Forest, South Downs and Scottish Highlands the highest risk due to the ample forests and grasslands, but you can get an infected tick bite anywhere.

Early signs of the condition include a telltale bullseye-like rash and flu symptoms like muscle aches, nausea and headaches. GPs can confirm the diagnosis using blood tests, but may need to repeat these after six weeks. Often, doctors will repeat the blood test several times to get an accurate result.

Usually, antibiotics do work to ease symptoms – but sometimes it takes months for patients to feel better. Unfortunately, some suffer long-term problems in the joints, skin and nerves. This usually presents as body aches, fatigue and just generally feeling exhausted all the time. The symptoms are very similar to that of other syndromes such as chronic fatigue and fibromyalgia.

Do you have a question for Dr Ellie Cannon? Email DrEllie@mailonsunday.co.uk

The trouble is, because doctors can’t always provide a conclusive diagnosis via a blood test, it can often be hard to know exactly what is going on. It is also tricky as the symptoms overlap with other things. Thyroid problems, menopausal symptoms and side effects from medications all result in similar symptoms to those of Lyme disease.

I advise that patients who suspect they have it should be monitored over a period of time, with doctors offering further tests to confirm the diagnosis.

One of my hips has always been weaker than the other but now I’ve reached 65, I suffer pain during gentle exercise. Should I ask for a hip replacement, or stop attempting to do exercise to keep this one healthy for as long as possible?

It’s very common to have one side of the body that is weaker than the other. Sometimes it’s related to historic injuries, but it can also be because one side is naturally more dominant.

If it starts interfering with daily activities, patients should visit a GP for investigations. The hip is a complex joint and there are many things that can go wrong which can affect its strength.

Osteoarthritis is an obvious and common reason – this is from wear and tear on the bones and tends to cause pain and stiffness. The condition can be diagnosed by a GP, who will refer for an X-ray of the joints and the bones. If this is the underlying cause, exercise is important for building up the muscles and strengthening the joints.

But doing the right sort of exercise is key. Check out the website for charity Versus Arthritis to find examples of the types of movements that won’t make the problem worse. Alternatively, ask to speak to an NHS physiotherapist. 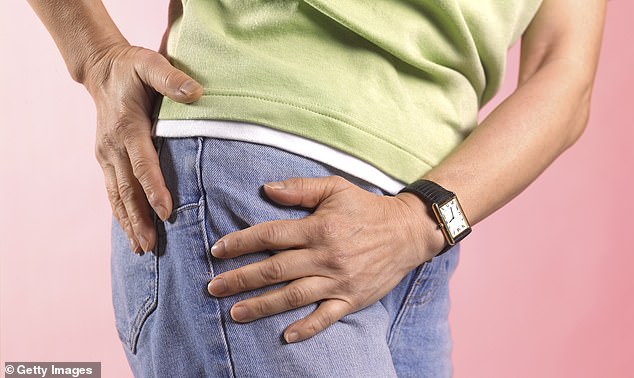 There are a number of other problems that could be behind the pain. A sore hip could be due to inflammation of the fluid pockets within the joint, known as bursitis. Regular use of ice packs, a few weeks of rest and anti-inflammatory medication such as steroids are usually effective.

There could also be a problem with the tendons, the ligaments or the hamstrings. A detailed MRI scan is needed to diagnose all of these issues – and a definitive diagnosis is crucial before doctors can advise on hip replacements or any related treatments.

I have always suffered with bouts of what I call a ‘nervous stomach’ – especially when stressed. Scans of my bowel appear normal. For years I have managed this problem by taking 1mg or 2mg of diazepam as and when necessary. Shall I carry on doing this for ever?

If a patient complains of lifelong diarrhoea and constipation that comes and goes, most doctors would assume they have the very common bowel problem irritable bowel syndrome, or IBS.

This is especially true if the symptoms have persisted for a while and other potentially underlying causes such as cancer and inflammatory bowel disease have been tested for – and ruled out.

One of the defining features is that blood tests, stool tests and other internal scans like colonoscopies come back normal.

The main features of IBS are abdominal pain, changes in bowel movements (diarrhoea or constipation, or both) and bloating, and it’s typical for people with IBS to have triggers that set off their symptoms

It is well known that IBS is linked with stress, anxiety and depression, which is why doctors are encouraged to help patients manage mood problems. Taking Diazepam, the anxiety drug, is one way to do that.

But it is far from ideal as it is highly addictive and generally given for short term use only. Treating anxiety in other ways can be more effective – either through talking therapies or other medications such as beta-blockers.

Low-dose anti-depressants can work too. Certain types don’t only work on improving mood, but are thought to act directly on the nerves in the gut, reducing the symptoms.

I was disturbed to learn about the latest example of coronavirus collateral damage – children’s eyesight. A new study has warned of worryingly high numbers of children developing short-sightedness since the start of the pandemic.

I’m sure it’s the result of the perfect storm I’ve been talking about for months: too much time spent at home staring at screens and limited access to eye tests. 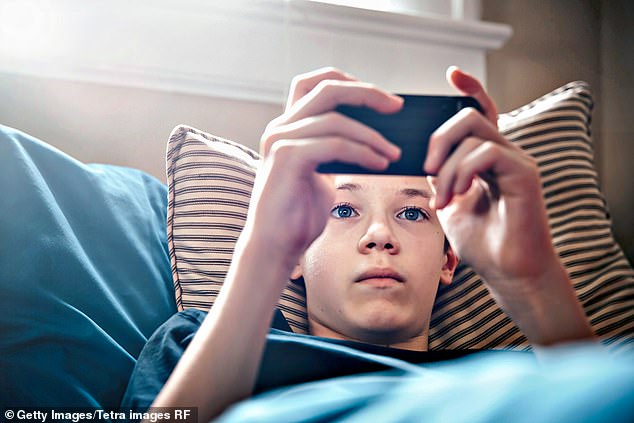 As a mother of teenagers, I know how tempting it is to let children scroll through social media for hours. But the long-term risks are serious, for both mental health and vision.

So how can you avoid it? Encourage kids to get outside for at least two hours a day, either broken up or in one big chunk. In my house, I’ve also introduced a ‘phone drawer’ – devices are locked in there when we come home from work or school at least twice a week. Children might moan for a few minutes, but it’s worth it in the long run.

I’m delighted that from October everyone can get their blood pressure checked for free at their local pharmacy, as part of a new NHS scheme.

I’m encouraging all over-40s I know to pop in and take the test, which will prevent thousands of strokes and heart attacks.

You’d be surprised at the number of middle-aged people who appear perfectly healthy but, in fact, have high blood pressure – and never would have thought to get checked. It’s not just obese people with poor diets who are affected – genetic factors are at play, too.

So help me spread the word – tell everyone to visit their pharmacy and get checked.