DR ELLIE CANNON: Why are so many of us suffering dizzy spells?

There’s an epidemic that GPs across the country are battling every day – or, I should say, another epidemic. And this one’s been a problem for as long as I’ve been a doctor.

It’s the reason millions of Britons struggle to get out of bed in the morning. It leaves some unable to drive, or even do their job.

I’m talking about dizziness. That feeling of being generally unsteady on your feet.

It sounds insignificant, or even laughable. You might think it’s something that happens only after a few too many glasses of wine.

But actually it’s one of the most common problems that bring patients through my clinic doors – and, in many cases, it’s life-destroying. And the worst part is that doctors can often be at a loss about how to help.

It’s the reason millions of Britons struggle to get out of bed in the morning. It leaves some unable to drive, or even do their job. I’m talking about dizziness, writes Dr Ellie Cannon

In my column a fortnight ago, I asked how many readers had suffered dizziness or vertigo. As I expected, letters came piling in.

A typical tale was told by 72-year-old Joyce Jackson, who in the seven years she’s suffered dizzy spells has seen three different neurologists, a physiotherapist and an ear, nose and throat consultant.

‘One neurologist treated me for migraine, the other said it was my ears,’ she wrote. ‘I’ve had MRI scans but nothing has showed up. I’ve tried exercises, with limited success.’

Meanwhile, Sally Graham, 77, from Berkshire, says it’s ‘as if I have a carousel whizzing round in my head at 50 miles per hour’. The only time she feels normal is when she’s lying down in bed, barely moving. Yet her GP says there is little she can do.

Julia Koach says the dizziness makes her sick. ‘It’s a bit like I’m on an out-of-control, rolling ship,’ she writes.

Most people suffer the odd dizzy spell. Usually there’s an obvious cause: when you stand up from a hot bath too quickly (it can cause a sudden blood-pressure fluctuation, affecting circulation to the head), or if you’re afraid of heights and go too close to a balcony edge.

Many people say when they get off a boat, it feels ‘like the world is still moving’ – this is due to our balance mechanisms in the inner ear taking a bit of time to reset.

Balance is governed by a collection of tiny canals and tubes in the inner ear. Inside some of these hollow, tube-like structures there is fluid and microscopic calcium crystals. The whole intricate system acts a bit like a spirit level, helping to tell the brain which way up we are.

For most of us, balance difficulties are transient. But what if they don’t pass? The first thing GPs do if a patient tells us they’re suffering from persistent dizziness is investigate the small chance of a serious underlying cause, such as heart-rhythm problems or, rarely, a stroke.

More commonly, it’s due to an infection or inflammation of those structures and nerves in the inner ear, known as labyrinthitis and vestibular neuritis. 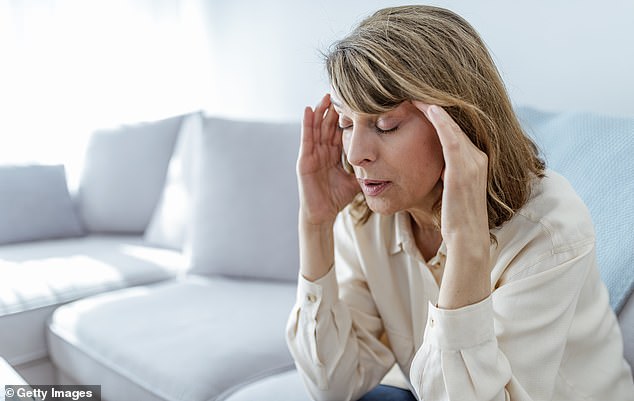 It’s one of the most common problems that bring patients through my clinic doors – and, in many cases, it’s life-destroying, writes Dr Ellie Cannon (file photo)

Both can be triggered by viral infections, such as a bad cold or Covid-19. For most people, problems subside on their own after about six weeks. But to reduce the dizziness and nausea these problems cause, we can prescribe antihistamines and an anti-sickness drug called prochlorperazine.

After this, it gets trickier. The NICE guidance suggests GPs refer patients to a ‘balance expert’. But, in many areas, there may be no such thing – I’d actually never heard of this speciality until I started researching this article. And so patients may need to visit one or a number of experts who have an interest in balance.

This could be ear, nose and throat consultants, neurologists or geriatricians. It can be a frustrating and long-winded process, but it’s worth persisting with it.

Another common, but often overlooked, cause of persistent dizziness is something called benign paroxysmal positional vertigo, or BPPV. In these cases, the calcium crystals can get stuck in the wrong place inside the tubes in the inner ear. The result is the nerves that connect the inner ear and brain get confused and misfire, making us lose our balance or become dizzy.

BPPV can be caused by lying in one position for too long, and is linked to migraines. But often it’s not clear what the trigger is. If BPPV is suspected, we refer patients for what’s called vestibular physiotherapy, during which an examiner moves the head into various positions that are known to make the crystals move, while watching for signs of dizziness.

If BPPV is thought to be the cause, there are also exercises that are effective in roughly 80 per cent of patients. But they are laborious and can even make you feel worse for a brief period.

Routines known as the Epley manoeuvre and Brandt-Daroff exercises both aim to get the crystals in the inner ears back into their original positions.

The Epley manoeuvre is usually performed by a doctor or specialist physiotherapist. For Brandt-Daroff exercises, the physiotherapist should direct patients to online video tutorials or be able to print out instructions and post them. The idea is to move the head into various positions, three times daily. After two weeks, the dizziness should subside. 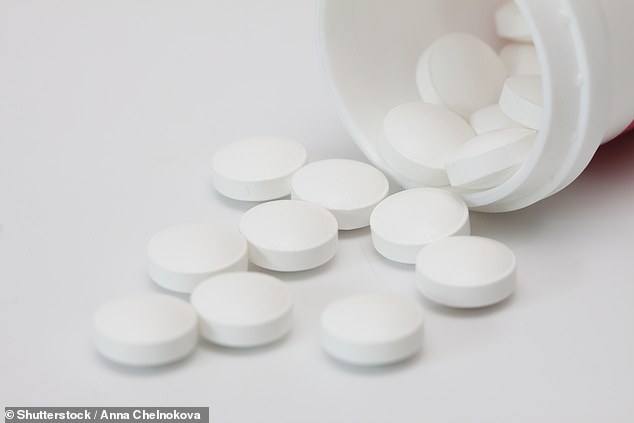 Sometimes it takes longer, but if there is no benefit after a month then patients should go back to their GP or specialist.

Alternatively, there’s the Cawthorne Cooksey technique, in which the patient builds up tolerance to the dizzy sensation, starting with eye movements before trying standing, rotating positions. This way the brain supposedly gets used to the sensations, but it takes stamina and dedication to get through the routines.

It’s also worth mentioning the wide variety of medications that trigger dizzy or head-spinning sensations, from blood-pressure tablets to antidepressants. A GP or pharmacist should be able to tell you if your prescription drug could be the culprit. Drinking bucket-loads of caffeine is another common cause of dizziness that people rarely consider.

Most importantly, don’t pretend there isn’t a problem. If you’re feeling dizzy, take extra care, don’t drive and avoid long walks, especially on your own.

It sounds obvious, but far too many people wait months before seeking help, putting their dizziness down to exhaustion.

Next thing you know, they’ve had a nasty accident, resulting in a hospital admission.

And the last thing anyone wants right now, when a deadly virus is spreading through our communities, is to end up in hospital. 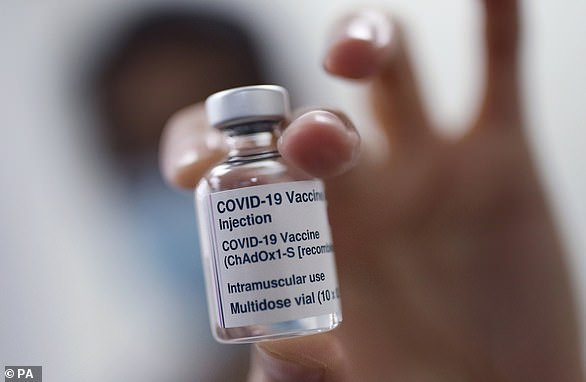 Millions of us are chomping at the bit to get the Covid vaccine, but if you are 65 or over and haven’t yet received an appointment, you can now book yourself a slot.

People were initially told to wait for a call – but that’s changed in the push to get more vulnerable groups inoculated.

The easiest way to book a jab is via the coronavirus section on nhs.uk, or call 119, free of charge, between 7am and 11pm, seven days a week.

And if you know anyone in the vulnerable age groups who’s not had their jab, spread the word that they now don’t need an invitation.

It’s vital that once you’ve had your jab, you remain extremely careful for three weeks – this is how long it takes for the vaccine to kick in.