Shoppers in the US could have their temperatures taken before they enter stores as part of new tactics to try and halt the spread of coronavirus.

Dr Anthony Fauci, director of the National Institute of Allergy and Infectious Diseases, said Americans could see thermometer checks carried out at supermarkets, as they have in Italy and China.

At the height of China’s outbreak, authorities made extensive use of temperature screening, setting up checkpoints not just at airports but outside apartment buildings and also shops.

Yesterday a Rome branch of Eurospin Supermarket chain became the first in Italy to check customers’ temperatures at the door, as deaths in the country soared and more stringent lockdown measures were imposed. 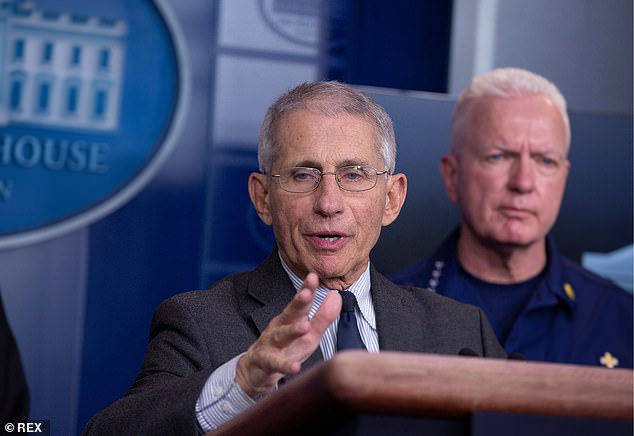 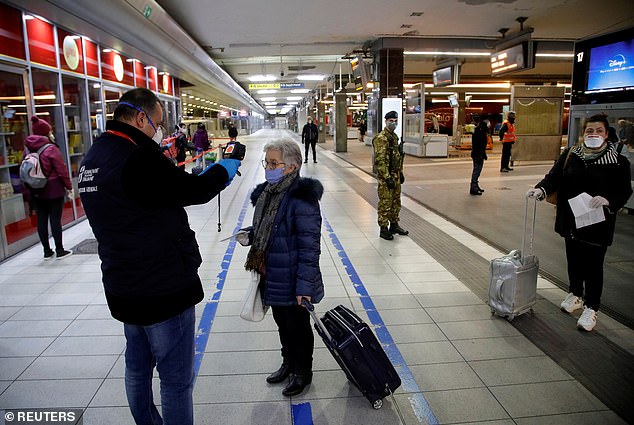 In an interview with the Science Magazine journal, Dr Fauci said give ‘serious consideration’ to screening shoppers at US stores.

When asked if this measure could be introduced at US stores, he replied: ‘Yes, of course. I think the logistics of that have to be worked out.’

Dr Fauci went on to say that the measure has been considered at previous meetings.

He added: ‘That was discussed. All these things are discussed. Not all of them are implemented. This is something that should be considered.

‘I will bring it up at the next task force meeting and see whether there’s some sort of a logistical, bureaucratic reason why it can’t be done. The rationale for doing it is at least worth serious consideration.’

The use of temperature checks around the world has been at border checks, with many countries such as Russia, India and South Korea screening arrivals at airports. 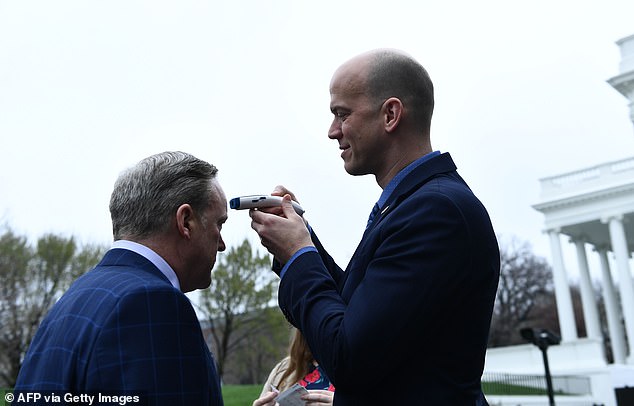 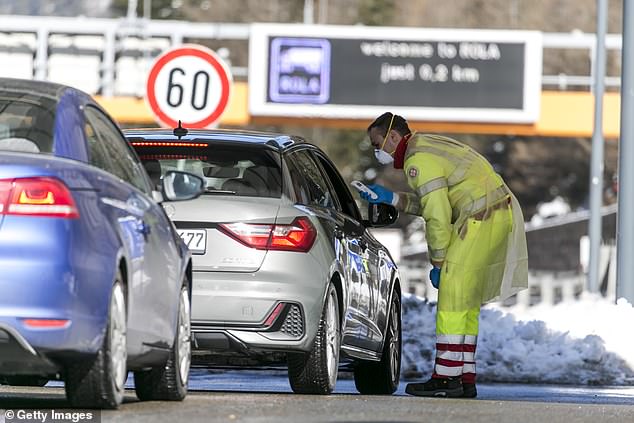 European countries such as Austria, Germany and Slovenia have screened the temperatures of people at the land border with their neighbors.

Despite the high number of cases in both countries, Italy and Germany say temperature checks at airports are ineffective on its own.

Experts have warned against relying on just thermometers that measure surface temperatures to screen for coronavirus.

Jim Seffrin, an expert on infrared devices at the Infraspection Institute in New Jersey told the Washington Post: ‘A person can show up with a higher than average surface temperature because they just went out for a jog, or they may have been standing near a heating lamp, causing them to be warm.’

In the US temperature checks have been seen at medical centers and government buildings, especially the White House where everyone entering is now screened.

Earlier this month, a Chinese restaurant chain in California – Sichuan Impression – began checking the body temperatures of all of its customers before they entered. 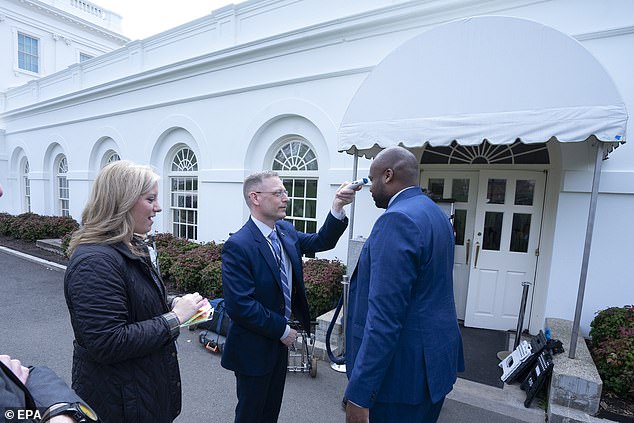 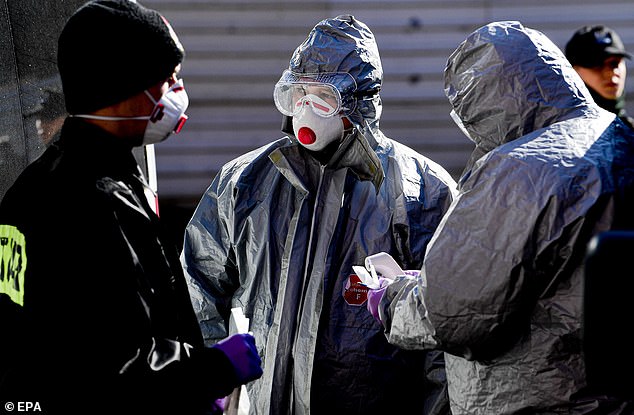 Respected immunologist, Dr Fauci, has clashed with President Trump over his coronavirus comments in recent days.

He was caught smirking at Trump during a coronavirus press conference last Friday afternoon.

Dr Fauci was also forced to publicly row back on the president’s claims that the anti-malarial drug cloroquine offered a potential cure for coronavirus in the latest of a series of public rebukes.

Fauci said that he tried not to ’embarrass Trump’ and said that he attempts to deal with the president by ‘continually’ talking about scientific facts.

He has also criticized the president for publicly shaking hands with people and said he had to tell him information three or four times.

In the same interview, Dr Fauci was asked why the US was slow to react to the coronavirus crisis, despite having prepared pandemic measures in place.

He said: ‘It’s almost like the fog of war. After the war is over, you then look back and say, wow, this plan, as great as it was, didn’t quite work once they started throwing hand grenades at us. It really is similar to that.

‘Obviously, testing [for coronavirus] is one clear issue that needs to be relooked at. Why were we not able to mobilize on a broader scale? But I don’t think we can do that right now. I think it’s premature. We really need to look forward.’

As of Sunday evening, at least 33,400 confirmed cases were recorded in the US with more  than 400 deaths.