New South Wales chief health officer Dr Kerry Chant has defended the Covid vaccine after a fellow medic revealed she and her wife became severely ill after getting a Pfizer vaccine.

Dr Kerryn Phelps, the one-time president of the Australian Medical Association, said that medical profession regulators had censored any public comments raising questions about the safety of Covid jabs.

According to Dr Phelps, her wife Jackie Stricker-Phelps ‘suffered a severe neurological reaction to her first Pfizer vaccine within minutes’.

Dr Chant said that she would personally investigate the vaccine injuries of Dr Phelps but still stood by the Covid vaccine as the safest thing to protect Aussies from getting Covid-19.

‘Vaccines of all ilks can be associated with side effects, but on balance being vaccinated is the safest thing and the best thing,’ Dr Chant said.

‘I’ll follow up with Dr Phelps, obviously, it is the TGA that is the body that investigates these sorts of things, but it is important to know that the community is reassured that we take these things very seriously,’ she said.

‘It’s also important to know internationally many vaccines have been given, so we can also use the data that’s been collected internationally to inform those risks and benefits of vaccination.’

Dr Phelps made the revelation about her vaccine injuries in a submission to a Senate inquiry on Long Covid, which is probing the long-term effects of the virus.

‘I continue to observe the devastating effects a year-and-a-half later with the addition of fatigue and additional neurological symptoms including nerve pains, altered sense of smell, visual disturbance and musculoskeletal inflammation,’ Dr Phelps testified.

‘The diagnosis and causation has been confirmed by several specialists who have told me that they have seen ‘a lot of patients in a similar situation’.

Dr Phelps also revealed she too was diagnosed with a vaccine injury from a second dose of Pfizer in July 2021.

She said after a series of tests she had the ‘diagnosis and causation confirmed by specialist colleagues’. 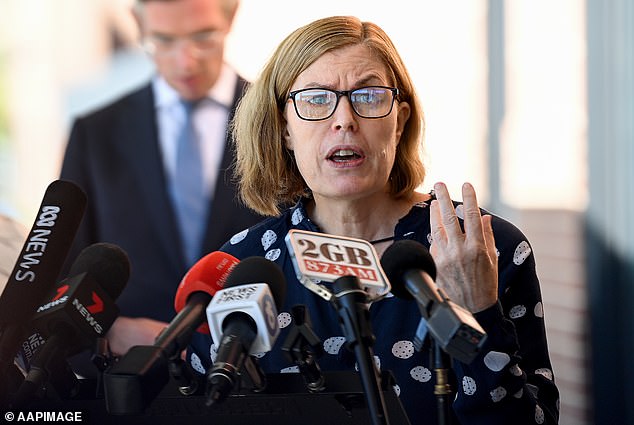 ‘In my case the injury resulted in dysautonomia with intermittent fevers and cardiovascular implications including breathlessness, inappropriate sinus tachycardia and blood pressure fluctuations,’ she said.

Dr Phelps claimed she reported the reactions to the body overseeing vaccine safety, the Therapeutic Goods Administration (TGA), but they never followed it up.

She said other doctors have also ‘experienced a serious and persistent adverse event’ but that ‘vaccine injury is a subject that few in the medical profession have wanted to talk about’.

‘Regulators of the medical profession have censored public discussion about adverse events following immunisation, with threats to doctors not to make any public statements about anything that ‘might undermine the government’s vaccine rollout’ or risk suspension or loss of their registration,’ she wrote.

Dr Phelps has previously been an advocate of the vaccines.

‘There is definitely a highly significant reduction in death rates and severe acute disease if you have had three or four vaccines,’ she wrote in July.

She has also been outspoken throughout the pandemic about the importance of avoiding the virus.

In August, she wrote an article titled ‘dropping COVID safeguards is just a bad idea’ and has consistently warned about long Covid as a result of ‘even mild’ infections

In lieu of the medic’s claims about her and her partner’s experiences, vaccine safety experts have reiterated that most of the reported side effects have been mild. 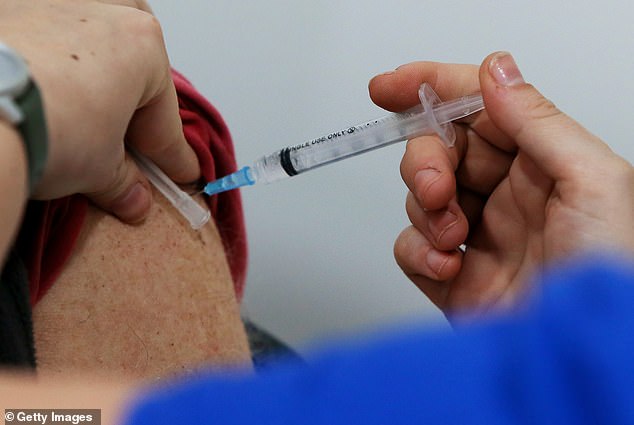 Of the 64.4 million Covid vaccine doses administered across Australia, only 137,210 adverse events have been reported to the TGA (pictured, a nurse administers a vaccine in March, 2021)

Of the 64.4 million Covid vaccine doses administered across Australia, only 137,210 adverse events have been reported to the TGA.

The majority of patients experienced mild symptoms like fever, headache and a sore arm that did not require medical attention, or even have been caused by the jab.

The TGA has verified seven medical conditions that could have been caused by the vaccine, including an anaphylactic reaction, myocarditis, pericarditis, Guillain-Barre syndrome and thrombosis with thrombocytopenia syndrome.

Adverse reactions to the vaccine are rare, and occur roughly every two in 1000 jabs.

Experts will study the reported side effects of the Covid vaccine for years as medics, including Dr Phelps, call for more research to be done into their impact.