By Callum Godde and Duncan Murray For Australian Associated Press

A surgeon who performed hundreds of potentially dodgy colonoscopies in the NSW-Victorian border region of Albury-Wodonga has been temporarily banned from practising medicine.

Dr Liu-Ming Schmidt will remain registered as a GP and specialist surgeon in Australia, but cannot perform any medical procedures or treat patients according to conditions imposed on Friday.

Close to 2,000 patients who received colonoscopies performed or supervised by Dr Schmidt were told this week they may need to have their procedures repeated to ensure they don’t have cancer.

She was stood down from working at Albury Wodonga Health pending the result of the review, which found some of the colonoscopies were incomplete.

But the surgeon continued in her private hospital roles until they were informed of the review’s outcome in late December.

The commission said it had received a number of complaints about Dr Schmidt, who is registered in NSW.

‘As a result Dr Schmidt now has a condition not to practise medicine placed on her registration,’ an HCCC spokesperson said.

‘The commission is now conducting further detailed enquiries to determine the next regulatory steps.’

The Australian Health Practitioner Regulation Agency (AHPRA) does not have jurisdiction to investigate complaints in NSW, unlike other states and territories.

‘When allegations are raised about health practitioners in NSW, AHPRA must refer those to the NSW co-regulators,’ a spokesperson said.

Only the NSW Civil and Administrative Tribunal have legal powers to make an order to deregister a doctor.

A recent NSW inquest examined the death of one of Dr Schmidt’s patients, William Edmunds, who died following complications after a procedure to remove part of his bowel. 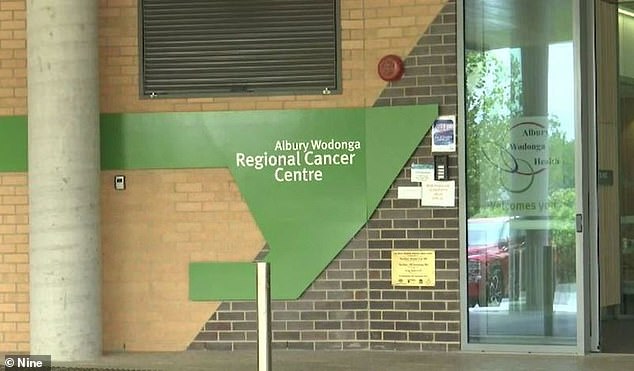 Albury Wodonga Health is operated by Victoria’s Department of Health despite the base hospital falling on the NSW side of the border, potentially exposing the southern state to compensation claims.

‘I wouldn’t get caught up in what may happen,’ he told reporters on Friday.