DR MAX PEMBERTON: As Posh is finding out, it’s hard when you’re no longer son’s No.1

Families can be a source of joy, support and comfort. But boy, can they also be a source of grief. There are competing characters and personalities who sometimes rub each other up the wrong way or clash.

Part of the problem comes from the fact that, while we may think of families as steadying constants, they are, in fact, in flux. New people — girlfriends, boyfriends, husbands, wives, children — enter and leave families, meaning they need to adapt and change and this, in itself, causes conflict as people’s roles change within the family framework.

It all can seem rather bewildering at times. I thought about this as I read of the alleged difficulties in the Beckham household after Victoria and David’s eldest son, Brooklyn, married Nicola Peltz in April in a glitzy ceremony.

Since then, rumours have swirled of a rift between Victoria and Nicola, alleged to have begun when the bride wore a Valentino Haute Couture gown on her wedding day rather than one made by her designer mother-in-law to be. In a recent interview with Grazia magazine in the U.S., Nicola spoke out, saying: ‘Well, I was planning on wearing Victoria’s wedding dress, and I was truly so excited to be able to wear a design that my future mother-in-law created.

‘We connected to start designing the dress and then a few days went by and I didn’t hear anything. Victoria called my mom and said her atelier couldn’t make it. That’s really what happened.’

Adding fuel to the fire about a falling out, there has been further speculation: that Victoria might have pinched the newlyweds’ first dance song for her own mother-son dance; that the Beckhams may have refused to pay for their son’s U.S. green card so Nicola’s father had to step in; and that Victoria possibly didn’t inform Nicola and Brooklyn about her Paris Fashion Week show. 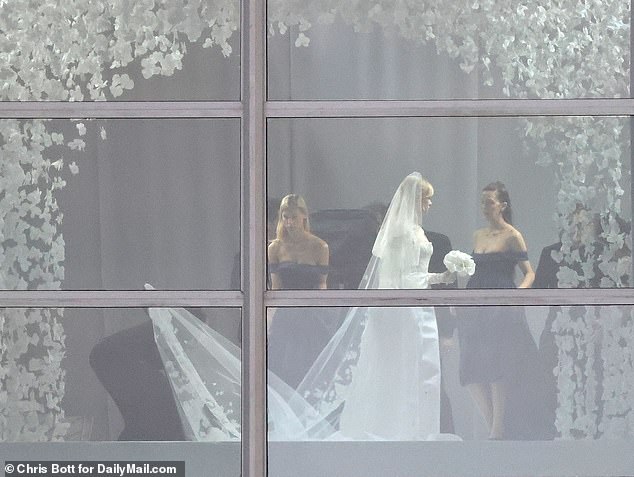 Rumours have swirled of a rift between Victoria and Nicola, alleged to have begun when the bride wore a Valentino Haute Couture gown on her wedding day rather than one made by her designer mother-in-law to be

While we’ll never be privy to the exact whys and wherefores, the story of a warring parent and daughter/son-in-law will resonate with many.

A child marries and then something happens with the new spouse — a sharp word in an unguarded moment, a perceived slight or critical comment — and a rift opens that seems impossible to close.

I see this a lot, particularly with mothers and sons. I often think there’s something deep-seated going on — a playing out of a power struggle between the parents and the new partner who is usurping their role.

It’s a tale as old as time — indeed, it’s these kind of family dramas that are the basis of so many Greek tragedies. It’s especially common when the son has been very close to the mother — she struggles to step back and the new daughter-in-law exerts her power, flexes her muscles. 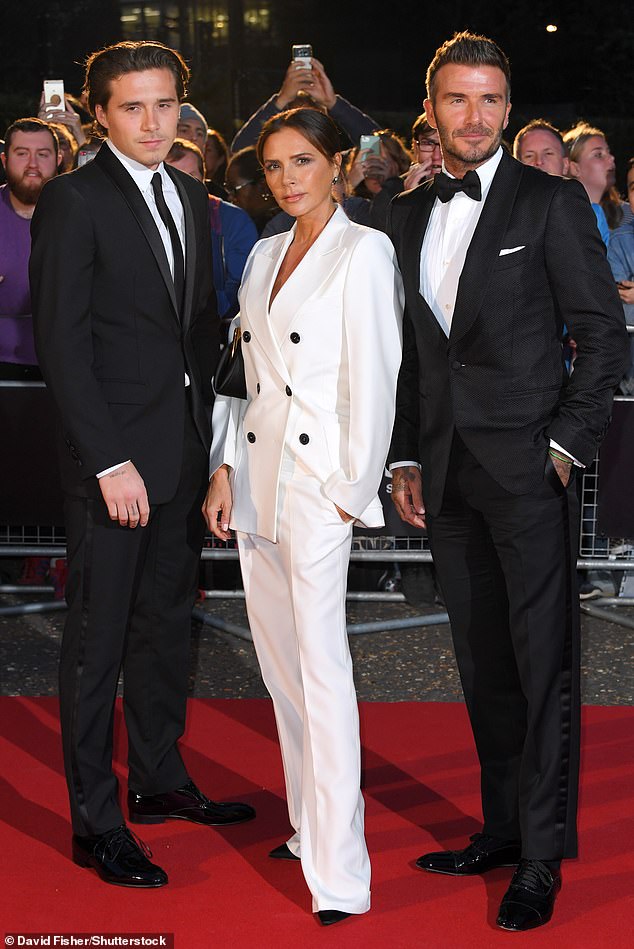 Brooklyn, Victoria and David pictured together at the GQ Men of the Year Awards in London, in 2019

This can come as a shock because, before the marriage, the girlfriend may have bitten her tongue. But, once she has married the son, the couple become a single unit and, all too often, the mother is relegated to the second division and feels she’s been replaced.

This isn’t easy to accept for even the most understanding and perspicacious person.

You can’t help but take it personally, though in fact it’s simply a power-play working itself out; the plate tectonics of a family’s dynamics shifting and moving, sending tremors to those standing on what they thought was solid ground. You can see it from the new daughter-in-law’s perspective too, though.

They are creating something new with someone, and need to have their own space to do this. They are being welcomed into a family, when actually they want to create a new family unit of their own.

It’s an incredibly difficult dance to do without treading on people’s toes. And, unless someone backs down, it rarely ends well because the son will inevitably side with his new wife.

In my own family, a similar thing happened with a cousin and it took 20 years before the son spoke to his mother again. The only option — no matter how galling it seems — is to swallow your pride, apologise and make amends with the happy new couple.

Dangerous prescription-only medications for epilepsy, addiction and migraines are being openly marketed on TikTok, according to an investigation from the Pharmaceutical Journal, with British teenagers being told they are good for weight loss. Experts have raised concerns as the drugs can have serious side- effects. While the majority of posts identified have now been taken down by TikTok chiefs, others still remain. When are we going to clamp down on social media companies and insist they take responsibility for things that are posted on their sites?

We have given them too long a leash, labouring in the outdated notion that these are lean, fun, funky start-ups run by harmless hipsters when, in fact, they are multibillion-dollar companies. Where else could a company get away with what they do? If this newspaper published content suggesting children take dangerous medication to lose weight all hell would — rightly — break loose. What’s the difference?

I am relieved to hear the King has gone to Scotland to recuperate and reflect. The death of a mother is an enormous milestone in anyone’s life. He has managed admirably over the past few weeks with official engagements, meetings and ceremonies. But now he needs time to himself. 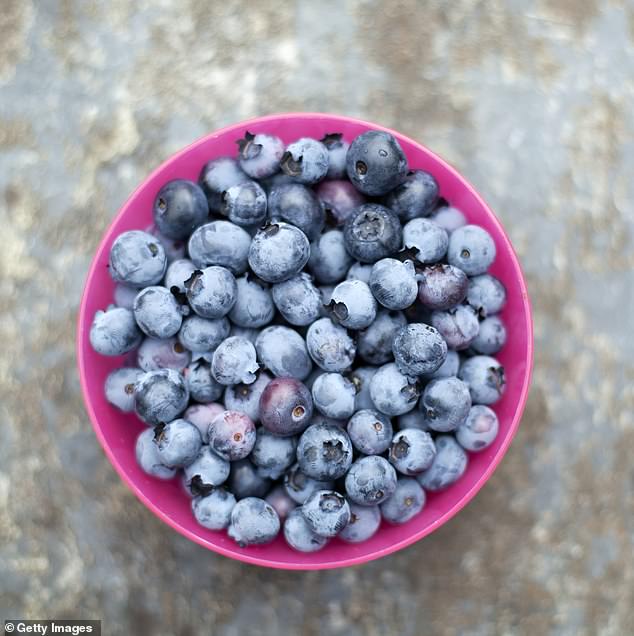 Latest research shows that these humble berries may well be a true super-food — eating them daily has been shown to reduce the risk of dementia. A further study earlier this month suggested they might help reverse cognitive decline — problems with thinking and memory — associated with dementia. The author of the study was so surprised by the results she has started eating them every day.