DR MAX THE MIND DOCTOR: When it’s good to neglect your child

Our obsession with cleanliness is making our children sick. It seems a paradox, doesn’t it, that in an attempt to keep youngsters healthy by eliminating germs, we’re making them ill?

Research this week showed that wearing dirty shoes indoors could protect children from asthma because bacteria in soil builds up their resilience. Over-clean homes have also been linked to the rise in conditions such as eczema, asthma and allergies.

It’s much better to expose children to a few germs, as this helps to boost their immune systems and protect them from more serious infections and illnesses.

Far from traumatising them, everyday trials and knock-backs will help children to develop coping strategies, learn how to communicate their feelings, build up resilience and become self-reliant [File photo]

We can learn a lot from this approach when it comes to young people’s mental health, too.

Just as raising children in an overly clean home can cause physical health problems, over-protecting them from the cruel realities of life can cause long-term psychological damage.

Yes, SATs are tough and stressful. Yes, homework can be boring and difficult. Yes, not winning the egg-and-spoon race at sport’s day can be humiliating.

But if parents don’t allow children to fail, or struggle or face setbacks, or make them put up with things they don’t like, they are doing their offspring a disservice. 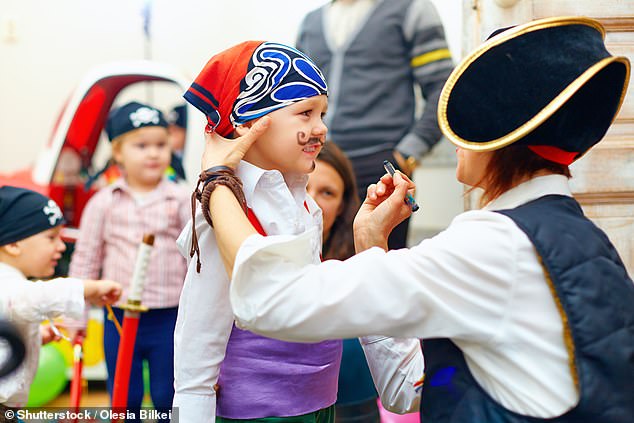 What’s needed is what I call ‘loving neglect’ — parents should let their children make blunders and work out how to pick themselves up, while also letting them know that they’ll be there for them when they really need help [File photo]

Far from traumatising them, everyday trials and knock-backs will help children to develop coping strategies, learn how to communicate their feelings, build up resilience and become self-reliant.

It’s these vital skills that will help them deal with the daily stresses and strains of adult life, from juggling family and work to caring for ageing parents and small children, as well as coping with difficult situations they might face such as losing their job or the death of a spouse.

When I was young, my mum’s default response to nearly all my complaints or grievances was: ‘Oh, you’ll survive.’ And, of course, I did.

She wasn’t being unkind — when I really needed her, she was always there. But it meant that I had to put things in perspective and learn not to run to her or my dad unless things were really serious.

I remember on a whim insisting I wanted to learn the trumpet. Despite being very hard up, my parents found the money to buy me one. Soon afterwards, I decided I didn’t want to learn it, but my parents insisted I played the damn thing for eight years.

I loathed it with a passion and used to dread every Thursday when I had my lesson. I would cry, shout and plead, but my parents just said: ‘Tough.’

Aside from an enduring hatred of jazz, it taught me that life isn’t always fun and you sometimes have to do things you don’t want to. It also taught me about the value of money and to think carefully before asking for things.

Today, the young adults I see have been so mollycoddled they have no coping skills, no mental resilience and crumble when they no longer have a parent hovering nearby to sort everything out. 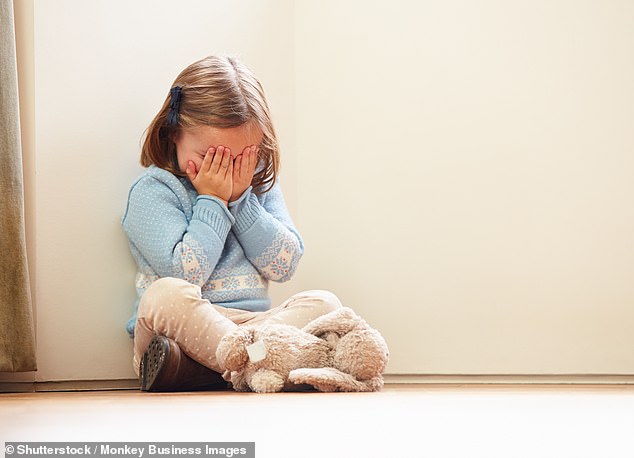 Far from traumatising them, everyday trials and knock-backs will help children to develop coping strategies, learn how to communicate their feelings, build up resilience and become self-reliant [File photo]

This isn’t their fault. If you’ve never made mistakes, how can you be expected to cope in the real world? I’m sure this is why so many youngsters struggle when they go off to university.

What’s needed is what I call ‘loving neglect’ — parents should let their children make blunders and work out how to pick themselves up, while also letting them know that they’ll be there for them when they really need help.

It’s about balance and making it clear that you love them and that your apparent indifference isn’t because you don’t care, but because you care so much.

The latest figures show that the number of people under the age of 30 being treated for heroin use is at an all-time low.

This ought to be good news, but I’ve noticed that while my younger patients often initially say they don’t smoke or use drugs, when I question them further they admit to using cannabis. They simply don’t think of it as a drug, yet of course it is.

It worries me that they think it’s harmless when the truth is very different. It’s addictive, can cause difficulty sleeping, mood swings, irritability and restlessness — and it’s illegal.

The lesson every doctor must learn

Patients with eating disorders are dying because doctors have a ‘serious lack of training’, according to a report by MPs this week.

I work in this area and have come across this time and time again. It worries me how, despite eating disorders having the highest mortality rate of any mental health condition (one in five people with an eating disorder will die from the illness), doctors know so little about them.

When I was at medical school, I didn’t have a single lecture about eating disorders and knew nothing about the risks.

So later, when I was working as a junior doctor and a young woman with anorexia was brought in by her parents because she had chest pain, I breezily reassured them she’d be fine.

In fact, she was having a heart attack and 30 minutes later she died. To teach me a lesson, the consultant made me inform the parents that, contrary to what I had told them, their daughter hadn’t made it.

This awful tragedy affected me so deeply that I vowed to learn everything I could about eating disorders.

The fact that young doctors are taught so little about these conditions is evidence of the stigma that patients with eating disorders face. It’s not considered serious or worthy of attention.

Eating disorders are common and can be deadly. Learning about them should be on every medical school curriculum.

Work to escape a spiral of despair

Just one day of work a week is enough to fight depression, according to new research by Cambridge University.

When I was at medical school, I lived on a well-planned council estate. Our neighbours were lovely, but it dawned on me that none worked. Next door, the mum had a bad back, the dad suffered from ‘stress’ and the two sons had depression.

They were all on benefits. Their apparent illnesses didn’t hinder their lives, though — they didn’t seem incapacitated at all.

I watched the sons, both in their 20s, aimlessly kicking a football all day. 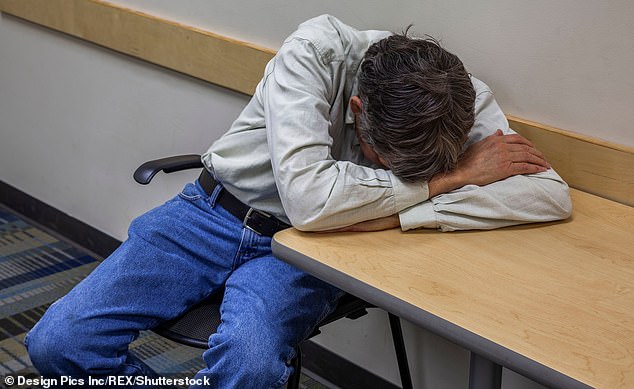 Unemployment and depression are interrelated and those who are unemployed become depressed, which means they are moved from unemployment benefit to incapacity benefit, where they languish [File photo]

As a doctor, I see people with disabling illnesses who really deserve state help.

Similarly, I would be the last person to belittle the devastating impact of mental illness.

But sitting in outpatient clinics, it’s unusual to see people so incapacitated by depression they can’t work long-term.

Unemployment and depression are interrelated and those who are unemployed become depressed, which means they are moved from unemployment benefit to incapacity benefit, where they languish.

It’s difficult to get people out of this spiral. But helping them back to work not only stops them claiming benefits, it gives them a sense of purpose. And that’s got to be more effective than playing football all day.

An awful plan for teachers

This week, Theresa May pledged that all teachers will be trained to spot mental health conditions in their pupils.

This is a terrible idea. Overworked teacher friends of mine say they already do more social work — from pastoral care to child protection — than actual teaching. No wonder so many burn out and leave.

I also worry that, with limited training, teachers will struggle to differentiate between a child’s everyday distress and a serious emerging mental illness.

Understandably, they’ll err on the side of caution and refer anyone they’re unsure about to children’s mental health services, which are at breaking point.

We need to invest in children’s mental health, but trying to turn teachers into mental health professionals isn’t the answer.

Tumeric in your cooking

The anti-inflammatory properties of turmeric have been widely reported, but I was sceptical about the claims until I broke my foot last year, which left me with joint pain and tendon inflammation.

A colleague recommended turmeric, which I took initially in tea and then as an oral spray, and my foot mobility is back to normal. Interestingly, my colds have also cleared up within a day. 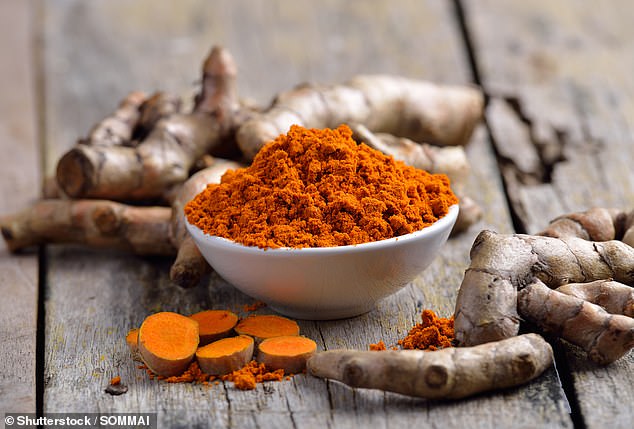 The anti-inflammatory properties of turmeric have been widely reported, but I was sceptical about the claims until I broke my foot last year, which left me with joint pain and tendon inflammation [File photo]