Dr. Oz films students running away from their coach bus that caught on fire on New Jersey highway

Dr. Mehmet Oz may be famous for bringing his medical expertise to his millions of followers, but on Sunday he used his social media to share a video of a devastating bus fire he passed on a New Jersey highway.

The celebrity TV doctor – who rose to fame as a health expert on Oprah – was driving along the highway when he saw a coach bus that caught on fire, sending plumes of smoke in the air.

Dr. Oz then began to film the chaotic scene where high school students were seen frantically running away from the burning bus on the New Jersey Turnpike.

Dr. Mehmet Oz stopped to film a flaming coach bus and fleeing students that he passed on the New Jersey Turnpike in Camden County 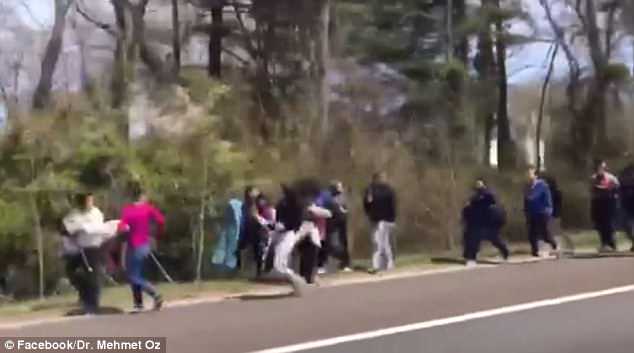 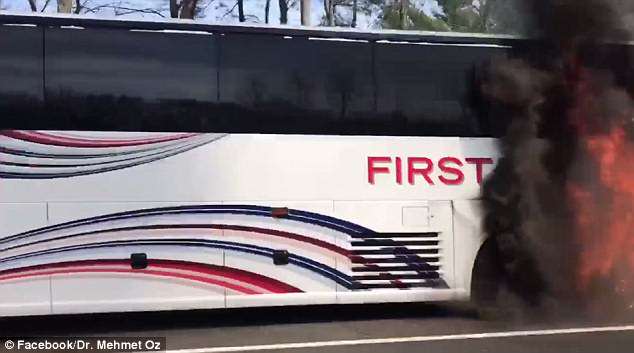 The fire started at one of the wheels on the bus, which the bus driver said ‘build up a lot of heat’

He shared the video filmed in Barrington on Facebook on Sunday.

‘Earlier today I happened upon this bus fire on the New Jersey Turnpike. The passengers were students from a high school in Baltimore who were on their way home after seeing the musical “Wicked” in New York City,’ he said.

‘Luckily no one was hurt, and the students were able to save their instruments — some even braving the danger to protect these prized possessions. As the courageous driver, Anthony Townes, explained, the wheel of the bus caught on fire. I’m just so thankful everyone made it out safe and sound,’ he added.

The video displays the flaming bus on the side of the road, with students running away from it.

Another scene sees staff carrying luggage and instruments away from the bus.

In the video the bus driver explains the likely cause of the explosion. 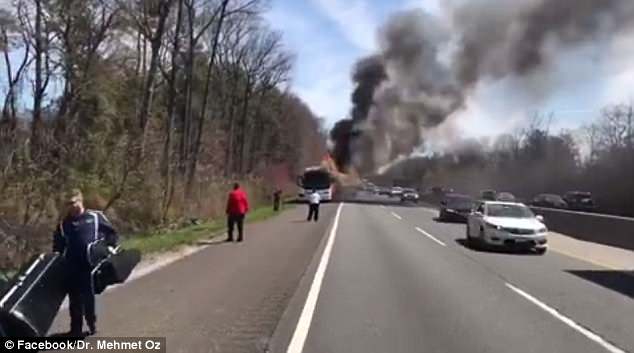 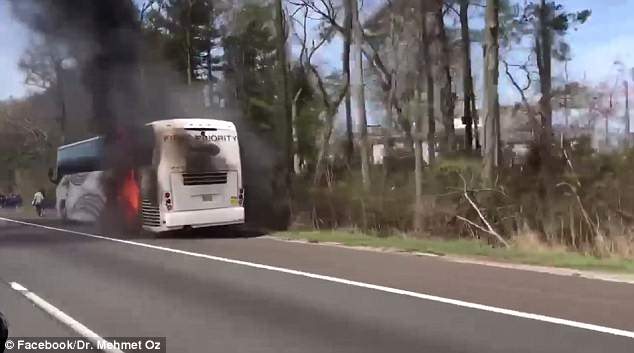 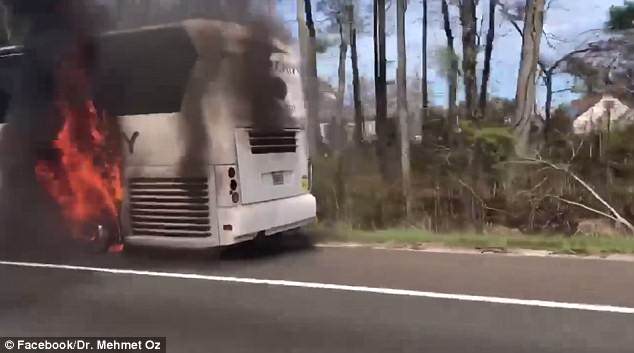 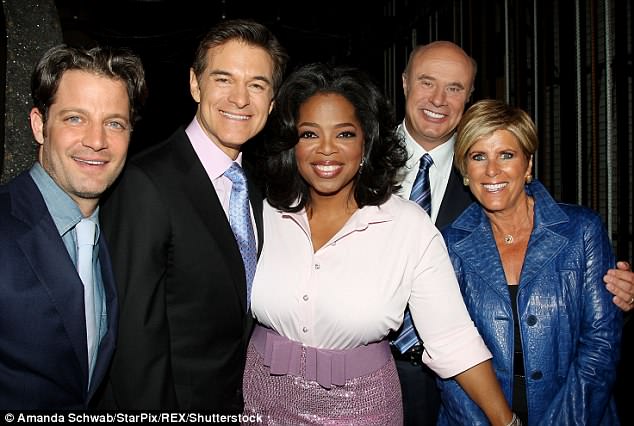 ‘Those tires build up a lot of heat and probably had bad placement…and the whole thing exploded,’ he said.

‘Why did the whole bus catch on fire?’ Dr. Oz asked.

‘It’s on top of the tire,’ the driver responded, reasoning that the bus’ material was likely not fire resistant.

The blaze was reported at 11:30am in the southbound lanes of the turnpike, according to NJ.com.

No injuries were reported and a replacement bus arrived just 30 minutes after the fire broke out, according to Sgt. Lawrence Peele.

Certain lanes were closed just for an hour in wake of the fire.