Drag Queen to read stories about tolerance to children

Furious parents have slammed a primary school for inviting a drag queen who calls herself ‘Brisol’s Resident S***’ to read stories to children.

The performers are visiting the school to read tales about tolerance to the kids for World Book Day.

Parents have slammed a primary school for inviting a drag queen who calls herself ‘Bristol’s Resident S***’ to read stories for children, pictured is Drag Queen Story Time

The team of six drag queens in the project have performed to over 2,000 children in the UK during the past eight months.

But a number of parents expressed concern about who the drag queens are and the age-appropriateness of the reading materials.

One mother claims one of the drag queens calls herself ‘Bristol’s Resident Slag’,

She said: ‘Lots of parents at the school are not happy about it but the headmaster says there’s no negotiation. 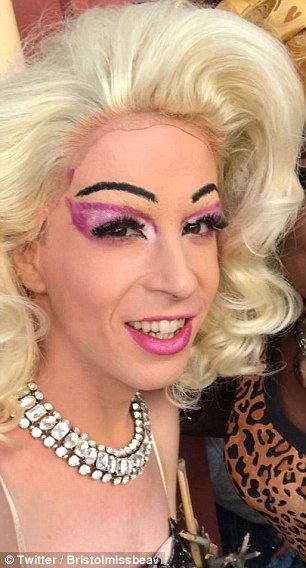 ‘He said if we don’t like it we should take our kids out of school on an unauthorised absence.

‘There are books dotted around the school about sexuality, they learn a lot about LGBTQ+ in school and that’s fine.

‘But I just think it’s gone too far now and the head is using his position of power and influence to push this information on the children.

‘One of the drag queens refers to herself as Bristol’s Resident S***, these are children of between four and 11 – they don’t need to be exposed to that.

‘They are adult entertainers, I just don’t see how that is age appropriate’.

Several mothers also accused headteacher Jamie Barry of being ‘vague’ about which drag queens were attending the school and what stories they would be reading.

But the school stated it takes the safeguarding of its pupils to be their absolute priority.

It confirmed it has communicated information about DQST to the parents of the school prior to the event.

Parents say they are also concerned whether or not the drag queens who volunteer with the self-funded organisation are DBS (police) checked.

But the organisation reassured many of the drag queens it uses are already DBS checked for jobs they have done previously as teachers and volunteers.

DQST organiser Tom Canham said: ‘All of the reading material we use at our performances are specifically written for children, and cover all of the topics we engage with in an age-appropriate format. 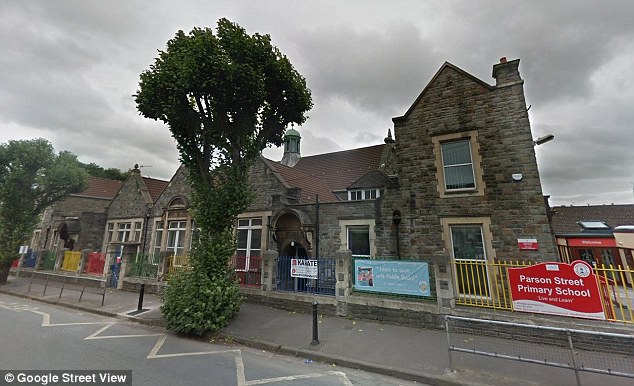 Parson Street Primary School, the school that has invited the drag queens in to read stories to children

‘If parents have any worries, especially in regards to age appropriateness then I encourage them to go on our Facebook page.

‘It has all the books and authors we use at readings. It ranges from The Hungry Caterpillar to And Tango Makes Three.

‘When you introduce tolerance at a young age they take it on board.

‘Many of these children will not be LGBT themselves but they will at some point come into contact with someone who is.

‘We have an opportunity to provide our children with a better world in which to grow up, free from fear of rejection, or abuse, for being who they are.

‘Drag Queen Story Time is proud to be working with fantastic organisations all across the country to help make that a reality.’

Head Mr Barry said: ‘We are a community-focused school and lots of effort is put into working in partnership with parents.

‘We understand the concerns that have been raised and have spoken with many of our community to reassure them of the appropriateness of the activities planned.

‘Children are at the centre of all that we do at Parson Street so it is fantastic that so many of them are excited about March 1.

‘We know that many of our parents are also equally as excited and they look forward to also joining us on the day.’

Parson Street Primary School is the first Bristol school to be awarded a Gold Practice Status for promoting equality and diversity.

Cllr Anna Keen, Cabinet Member for Education and Skills for Bristol City Council, said: ‘We are very supportive of children engaging with different groups of people in an educational setting as it teaches them about accepting themselves and others.

‘We know that good reading skills can help set children up for life and reduce inequalities.

‘Our experience of welcoming Drag Queen Story Time in to our libraries was very positive and successful.’