Drake appeared in high spirits as he celebrated his 35th birthday with his Til Death Do Us Part rap battle event in Los Angeles on Saturday.

The Hotline Bling singer, 35, looked effortlessly cool as he rocked a grey velvet shirt jacket with a light green crew neck jumper underneath.

Holding a cup in his hands, the star beamed as he marked his birthday with friends fun party.

Birthday boy: Drake cut a casual figure when he infused his 35th birthday celebrations with Til Death Do Us Part rap battle event in Los Angeles on Saturday

Drake finished off his look with a pair of charcoal grey jeans and a statement chain necklace.

The event is one of the biggest in rap battle history. According to reporting in hip hop magazine The Source, Troy ‘Smack White’ Mitchell, CEO and co-creator of URL, co-signed the card picks.

Speaking of Drakes involvement he said, ‘Over the last 20 months, he’s helped our brand grow by facilitating our partnership with Caffeine, which allows us to stream our premium content for free to our fanbase.’ 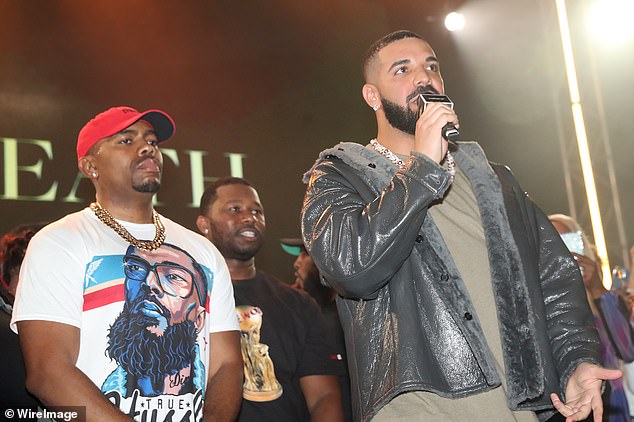 Battle: The rapper infused this rap battle event into his birthday celebrations over the weekend 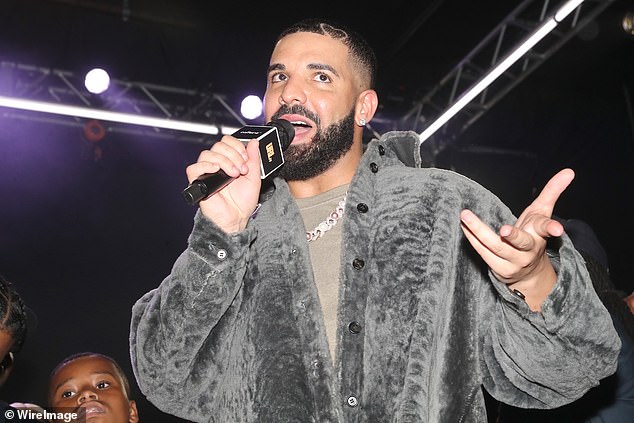 Rap fan: Troy ‘Smack’ White said ‘Drake isn’t just a casual battle rap fan and has been a supporter behind the URL movement for year’

He added ‘Drake’s Til Death Do Us Part is not just a birthday celebration for our friend,’

‘It is a shifting of the culture and is going to be the biggest event ever witnessed in battle rap history, bigger even than Summer Madness 2.’

He said ‘Drake isn’t just a casual battle rap fan and has been a supporter behind the URL movement for years’. 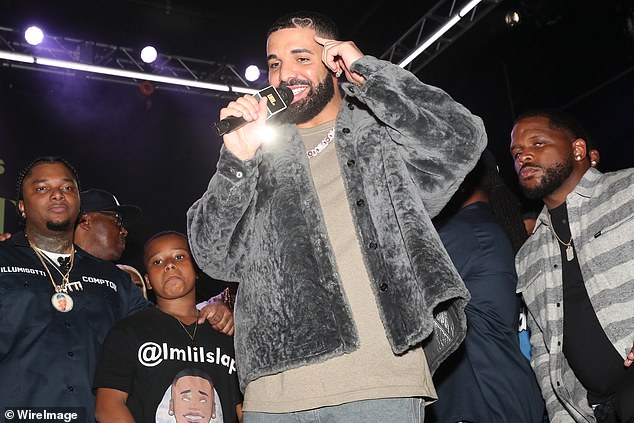 Live performances: The event pairs the most talented artists from across generations to go head to head live

The event pairs the most talented artists from across generations to go head to head live.

The event comes after it was revealed that Drake spent a whopping $5.5 million on a one-of-a-kind Richard Mille watch as a present to himself for his birthday.

According to media outlet TMZ, the watch was encased in sapphire crystal in lieu of diamonds or any other jewels.

They also reported that the timepiece employed the tourbillon movement as a subtle addition to the accessory itself.

Richard Mille originally released the watch in 2019, when it was originally listed at a price of $2.8 million.

The watch itself was described as a one-of-a-kind piece, which only served to illustrate its overall value.

The business also wrote a short message in the post’s caption that was directed at the rapper and partially read: ‘Happy 35th Bday you did it right.’ 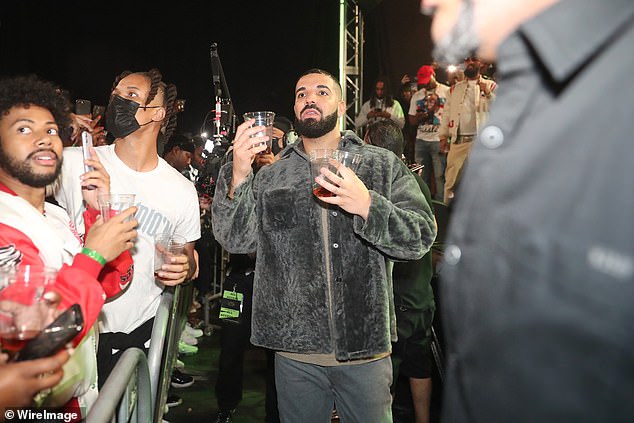 Bling: Drake has reportedly spent a whopping $5.5million dollars on a time piece for his birthday