An explosion set off a huge fire at Valero Energy Corp’s Texas City refinery and it was all caught on camera.

The blast happened on Thursday afternoon but the fire was quickly contained.

No injuries were reported at the refinery which produced 225,000 barrels-per-day.

The blaze, which was burning light hydrocarbons, was contained about an hour and a half after it broke out, Texas City Emergency Management office said. 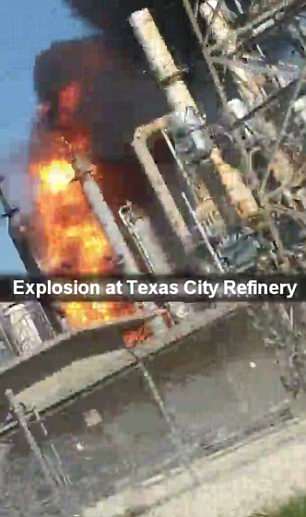 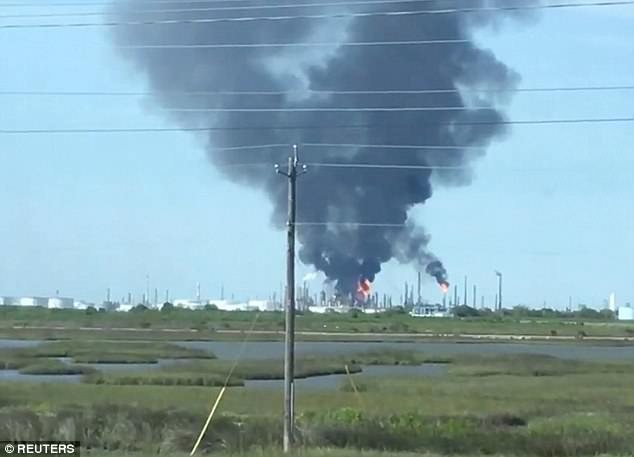 Sources familiar with plant operations said the explosion happened at about 5 p.m.

Valero spokeswoman Lillian Riojas said the company was cooperating with local, state and federal agencies in responding to the fire, which was being fought by the refinery’s firefighting team.

‘At this time, Valero has very little information as to the cause of the fire,’ Riojas said. ‘Our primary concern is for the safety of our workers.’

Firefighting units from Texas City and the neighboring Marathon Petroleum Corp refinery were called to the Valero plant, the sources said. 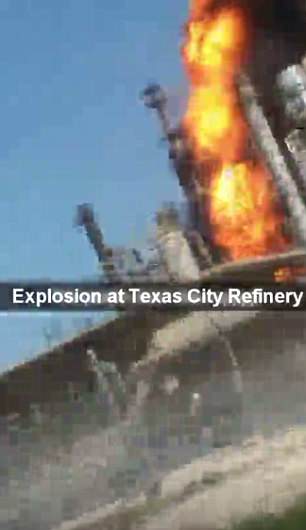 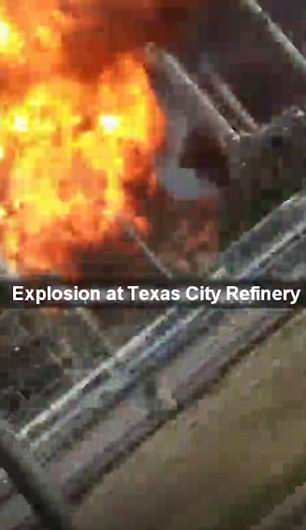 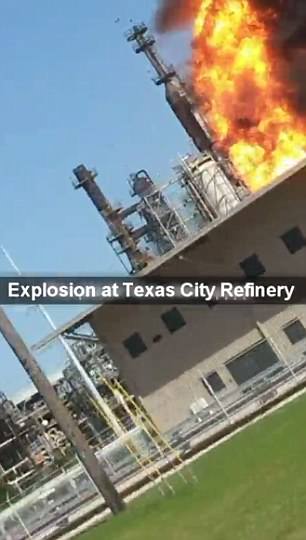 Incredibly, Texas City reported that there were no known casualties or injuries

Workers at the Valero and Marathon refineries, adjacent to each other on the south side of Texas City, were told to shelter-in-place, though no such order was issued for the entire city, 42 miles  south of Houston.

The explosion was heard 5 miles away from the Valero refinery and rocked buildings within a mile  of the plant, according to local media reports.

Texas City was the site of the deadliest industrial explosion in U.S. history when on April 16, 1947, a ship carrying more than 2,000 tons of ammonium nitrate blew up, setting off blasts on other ships and nearby oil storage tanks and killing 581 people.